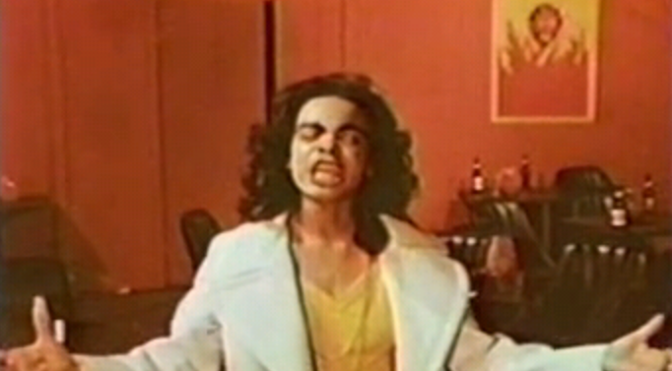 A possession film about a marriage counsellor who becomes possess by a Demon of sexuality.

First five minutes of the movie I’m thinking “doctor dude will you open that fucking present and shut that bitch up” I’m also thinking that I’ve just started watching a black Exorcist (1973) maybe the Ghettocist? I dunno but the doctor dude goes to Nigera and opens some demonic relic with a massive wang and somehow he’s daughter in law gets possessed. Qu : How does that work? Was he thinking about her when he found “the erect penis, what a magnificent find” If the demon was trying to kill him, then why didn’t it bitch slap him them?

Anyway Abby is now possess and has amazing  adventures, her voice changes, she kick her husband in the balls, gives a white lady a heart attack and starts picking up men in bars and is killing them. If the demonic aspect were removed from this movie it would just be a liberating chick flick maybe called Abby and Louise.

Err the doctor comes back from Nigeria and confuses me as people call him father because he’s a priest but then his son also calls him father.. cos he’s his father.. but not the other peoples father.. or is he? His studies into the Yoruba religion allow him to kick some demonic ass. 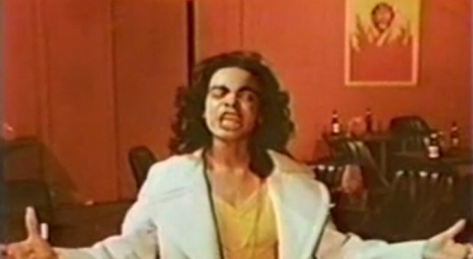 Q : “Do you ever wonder why God makes these chickens necks to long?”

T : Warner sued AIP claiming that the movie (from Louisville Kentucky) copied the Exorcist (1973) too closely (it doesn’t) and it was withdrawn

I : Abby II, we discover that the demon is now in the “father” who is on his way back to Nigera and he turns into some demonic black Hitler!