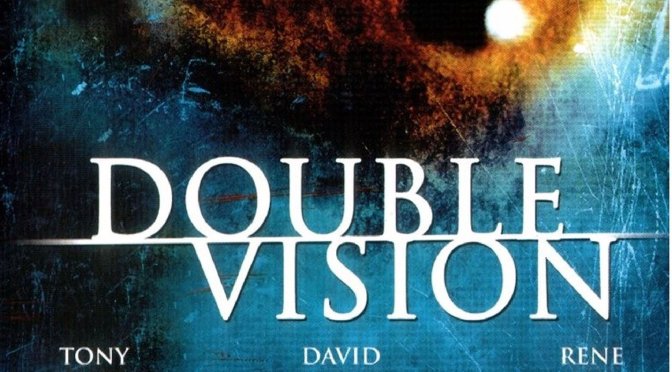 There is a special talent for crossing movie genres and making them work, but director Kuo-fu Chen, has managed just that with his dark ancient cult vs a couple of determined police officers who aren’t fearful to think outside the box,  but it turns out that you can’t just wave a wand and tell ancient religions that they can’t practice ritualistic killings at will anymore, even if you are with the FBI.

A troubled cop is on the edge of a nervous breakdown, as his life and career begin to fall apart, after blowing the corruption whistle on his force, he’s a pariah among his team and then forced to work with Foreign Affairs Officer as his wife files for a divorce. When three bizarre deaths are connected by a strange fungus that an attentive coroner finds in their nasal passage and brain after what seems to be a strange hallucinatory state. 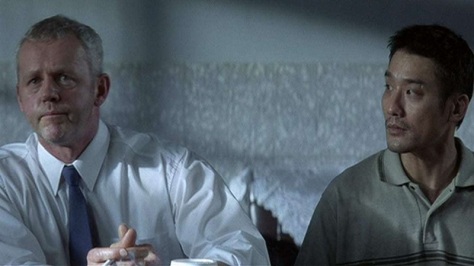 The police force isn’t equipped to deal with this high profile situation and with the pressure on they call in the FBI, who send their top expert and Kevin Richter (Morse) begins his treacherous journey into the unknown as he helps Haung on this mysterious case and it’s time to buckle up.

There Is Only What You Believe

The movie quickly turns into a dark chiller seamlessly combining East meets West cop stories with a gory supernatural horror. Initially I picked this up expecting to see the other Tony Leung (Chiu Wai); instead I was introduced to the greatly talented Tony Leung Kai Fai, I was not disappointed by my goof. His back catalog of films includes To live and die in Tsimshatsui (1994) and The Victim (1999).  David Morse’s performance is quite skillful, he’s not someone I’ve seen really pull his weight as a lead role in a movie and while he’s overshadowed and outnumbered at times, when he’s on screen he really does stand out.

At its heart the journey is gloomy, at times you’re not sure if you’re watching Se7en (1995) and there’s a constant feeling of impending doom as this case unwinds on dark and rainy nights over tables with takeaway food and each cop recalling their best cases and why they are in a worse off place than each other. The action scenes are handled really well, on par with any modern South Korean/Japanese crime thriller, supported by a good scripted and intelligent story line with lots of deep mythology. It’s not unusual to see a western actor in an eastern film but it’s not usually someone of Morse’s caliber nor are they originally placed in story line both culturally and with convincing attention to the language barrier.

The twisted plot eventually meanders around a Taoist descent into hell, the mechanics are explained but the details of the crimes in ways to disgust and confound the audience. Its enjoyable not only to see the unfolding layers of a great thriller but the relationships between the characters and their own individual troubles is quite enticing.