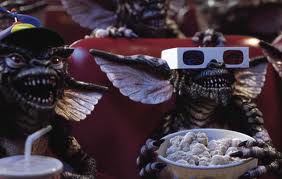 I have been making some more changes to the site. After finding the little bit of extra time to write some reviews and lists I have been finding faults all over the show. It’s not like I’m a perfectionist as I’m queen of the messy scruffs but I thought the blog would only need a little bit of tweaking as I hadn’t posted much, a mere 143 posts to go through, some of them are a little shameful but I won’t go into detail.. Do you ever look back over something you’ve written and just die inside..

I’m trying to keep the blog as neutral as possible; impartial might sum it up better. So instead of having lots of TOP lists a FAVOURITE lists I’m going for the Selected lists. Hopefully this will let me sum up a genre or theme showing off the best, worse forgettable and notable.

Obviously this won’t apply to everything, I have a few up coming lists that will include some of my favourites etc. But I’m just giving a head up that the word “Selected” will be slapped around here like it’s going out of fashion.

I’m not copping out; I’m just trying to open a few more doors. I’ll give the selected a go for now and see where it takes me.