Synopsis : A pair of psychotic hoodlums and an equally demented nymphomaniac woman terrorize two young girls on a train trip from Germany to Italy.

TAGLINE : Most movies hast less than two hours! This is one of everlasting torment.

A turbulent nightmare ride of pain and pleasure. Amplified by a past pace, daunting cinematics and a host of uncomfortable and grotty scenes. Seemly inspired by various other video nasties of the time, namely Last House on the left (1972) and Who saw her die? (1972). The film is more of a gore scare than anything really steeped in horror, it’s got that psycho edge as in Trip with Teacher (1975) where the crazy culprits have a lot of deep issues and sexual tension. 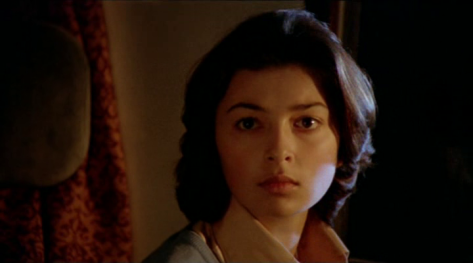 The film starts off so fucking happy, it’s Christmas time in Germany and school is out! Margaret and Lisa, high school friends, take the night train from Germany to Verona to spend Christmas with Lisa’s family. They flirt mildly with male passengers, including two randy delinquents in their 20s, Blackie and Curly. The four of them end up in a first-class cabin with a well-dressed woman of about 30 who has pornographic photographs in her valise. Egged on by the woman, the thugs and a male visitor to the cabin menace and then assault Margaret and Lisa. Meanwhile, we also see Christmas Eve and morning scenes at Lisa’s home, where her parents are polite to each other while discussing divorce. On Christmas morning, they go to the station to meet the girls. Will they be on the train?
END_OF_DOCUMENT_TOKEN_TO_BE_REPLACED