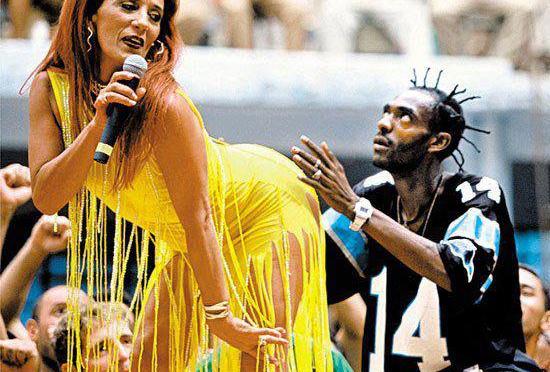 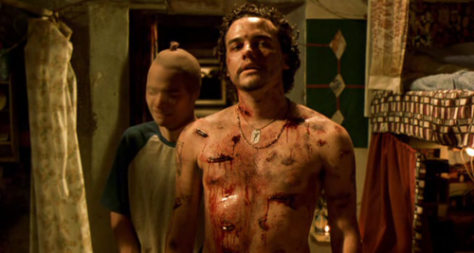 It’s going to be hard to try and keep this brief as I obsess over every detail of this movie as often as I can. I remember the tragic events sprawled out in the news when i was a youngster and the defiant song from Sepultura that followed.

Bittersweet and spicy, Carandiru digs deeps into the prison system in Latin America and humanises the inmates at one of the most controversial prison riots ever. Following the induction of Dr. Drauzio Varella (Luiz Carlos Vasconcelos) and through his fresh and sincere eyes we meet a host of wasted lives, thieves, junkies, whore and hitmen, all flourishing in the this uncanny citadel.

A large segment of the movie goes into the gripping stories of the core characters, each one with a somewhat tragic entangled life outside of the jail and each detail their coping mechanisms inside, until the tragic day of the riot. The film is carefully filmed in the actual prison at times and features existing guards as part of the cast, it was this close the original massacre.

Bringing all of these characters to life and allowing the audience to realise that it wasn’t just “a bunch of prisoners” who were killed that day, being able to put real people in the frame is brilliant for this film to win over hearts, yes some of it is a bit too romantic, there is a wedding between two of the inmates and certain scenes involving the head of the institution getting a free shave from one of the inmates might not have gone down exactly as it’s shown, but It starts to bring real life into the story. It makes no excuses for their crimes and in fact shows just how ridiculous some of their actions were.

Utilising some great cinematography and stunning key visual scenes, to mark of chapters, one moving example is when the film starts and throughout you see the prisoners washing the floors for visitors days, and soapy water is rinsed down from the top floor and everyone mucks in to sweep it down, but after the massacre the blood red floors and soap fades into the final scenes of the film, marking the demolition of the prison and an end to matter??

For me the film is flawless, and seems to have gone the extra mile to place itself right in the middle of Carandiru in order to tell these stories. There is a culture formed inside of the concrete walls, with it’s more than colourful cast, one of the prisoners was a local “crimelebrity” called Sabotage who was killed before the film was finished, and the stories that link the prisoners is almost spellbinding, Lady Di (Rodrigo Santoro) falls in love with the miniature ??? and had a glam drag queen wedding, Majestade (Ailton Graca) has to deal with his two wives, who landed him in prison in the first place. There are some dark creatures who creep around the darker cells, the most notorious is Chico/Dagger played by the surly Milhem Cortaz as one of the few inmates without AIDS instead he makes his living by killing on the inside.

Strangely funny, unashamed look into the people behind the news story that shocked the world. No answers or justification is given here, but just a peek at a unique society with their own laws and amazing stories no matter how tragic, they still find a small piece of happiness which I have to admit I found while watching. Beautiful sentiment both in morals and passionate work here.