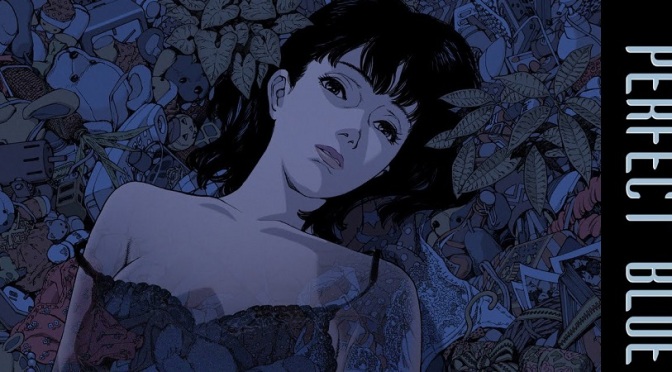 Hitchcock meets Manga! At a time when Manga was hitting the UK in major ways it was seeming be a torrid landscapes of futuristic fighting, cybernetic hacking, blood violence and tits, a few unexpecting films managed to squeeze their way through the gaps, really defining that manga wasn’t going to be defined. Taking a leaf out of the book of Hitchcock it dabbles with a violent stalker as Mima struggles to keep her sanity. 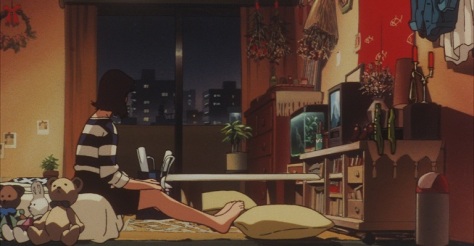 Mima is a young and beautiful J-pop singer, who makes the life changing decision to  go solo and shifts into the nerve racking world of sitcom acting, despite the anger and disappointment from her fans her loving agent stands by her side. Everything is going well for Mima  despite her nerves and the alien environment, until the stalking starts, anonymous phone calls, soon turns into sinister dealing that reach a little closer to home and it’s all too much for the timid girl who’s already feeling out of her depth.
Creepy stalkers are in their hundreds as the ex pop idol was a no.1 commodity, but one in particular stands out, a deformed man who absolutely idolises Mima but is it too obvious to assume he’s the culprit. Mima herself slowly dissolves into the multiple possibilities that surround her as this Giallo action climaxes into a chase to the death.

Basically a Manga Noire really stands out from the crowd but sadly it didn’t inspire many other movies to made in this style. the astonishing factor that really stunned me was how cute and sunny the film remains despite all of the maiming starts, the breakdown of reality is also subtle and doesn’t follow those over dramatic hollywood steps so it does actually catch you off guard.Everything about the animation is perfect around the era when Manga was still blinding us with it’s brilliance and before computers took over the delicate art of animation, this really does break conjure up so many emotive scenes and with the fluid motion it’s like watching a film at times. The writing is complex and deep and the thrills build up until a slashing and dashing ending. It’s interesting how the film outlines the issues of teen idols and the pressures and dangers they have to endure also outlining various issues of how women are viewed and treated in Japan, it offers no suggestions on making things better but it does pinpoint where things are so totally fucked up.
Hitchcock may have been the influence of this intense thriller, the main character going through this hell ride not knowing what’s real or not, but the director most influenced by this film would be Darren Aronofsky, who admits that  Requiem for a Dream (2000) and Black Swan (2010) both pull great influence from this pioneering and daring animation.

Flirting around with the advancements of Japanese lifestyle while repulsing anyone from actually wanting to live there with the amount of psycho’s that are roaming free in the sunny pleasant atmosphere literally drawn on the screen but the darker aspects of the film are terrifying. The terror that is built up by this unknown vicious stalker are mindblowing. The chases are exhilarating and the penultimate ending is sublime. I don’t want to go into details but it’s trippy rush..

And here is a clue for tomorrow’s film..  More than just a cut..