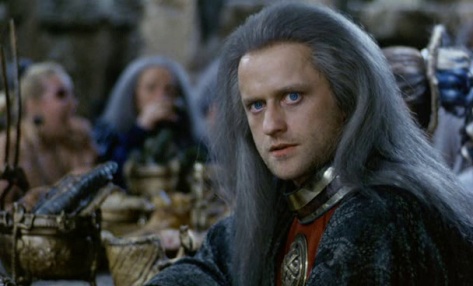 While trying to get hold of the second remake of Hard to be a God (2013) I noticed a resurgence of the earlier remake from the 80’s and managed to watch them in chronological  order, not that it matters much as they are two extremely different movies which look at different fragments of a brilliant science fiction story, originally written by Arkand and Boris Strugatsky, this is a simplistic version of a deeper more complicated story but it’s easier to watch and at times stomach more than the 2013 version.

On another planet out in the vast universe a simple civilisation is going through their Medieval period and it’s quite similar to ours, this has sparked interest in the more advanced cultures, namely us! An employee of the institute of experimental history from Earth is sent to this planet disguised as a noble named Rumata of Estor and he’s tasked to observe the culture and find the previous person who was sent there to also observe, another spy who has perished while trying to raise an unlucky coup against the main palace and Rumata has to take his place as a resident. He soon discovers that many of the 30 others have also perished in this harsh society and is soon pulled into the next coup Soon he meets all the horrors of medieval society, war, palace coups, mass executions, peasantry and they prove to be too barbaric for scientist, and he’s disgusted to find out that people are slaughtered if they are considered to be too intellectual, and thus keeping the society in a permanent state of Medieval life.

The setting is similar to Dune (1984), there’s a husky desert landscape and this strange pseudo medieval fortress in the middle of it while the confines of the palaces are rich and lush the peasants do live in total squalor and yet to the outsider both are equally disgusting.. The lead; Rumata (Zentara) bounces around this world as a knight trying to hide his intelligence, and equipment and having to quickly apply his limited knowledge of this strange situation that he’s found himself in. The aristocracy is a joke (what’s new) and everyone looks like they are from a Falco music video, big 80’s backcombed hair and gothic style clothing.

The core idea of the film mimics the book, human progress is often cruel and bloody but the most effective oppression is the blind faith that religion can create and its ability to destroy science diminishes so many enlightened opportunities.

While the film follows dramatic wars, harsh politics and the strife and struggles, the most dramatic changes all happen within the main character as he changes and adapts to what is seen as madness around him, but he’s almost powerless to do anything to make any changes, as interfering is now allowed and the progress that this race needs to make has to be natural but with a guest appearance from Werner Herzog it’s unlikely to be all that natural.

So many questions and so many personal and soul destroying answers, it’s a brilliant concept that had been cobbled together in a grand luxurious way and manages to really dig deep into the philosophy of the book, and makes a thoroughly vibrant and interesting film.