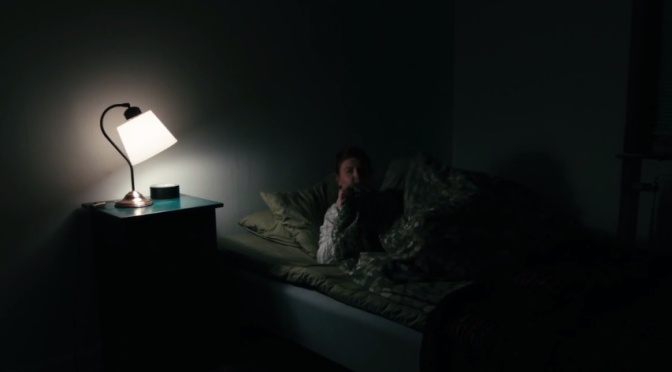 It’s been a tough week and I didn’t get through so many shorts as I would have liked to but here’s a selection to keep you entertained.

There’s a gorgeous atmosphere in this dark highland terror, it starts with a man recouping after a supposed fall from his motorbike, on regaining some composure but not his memory, he returns to his bike, then a young woman in a nightdresses runs past him, he stops to help her, they watch an eclipse and then returning to his cottage the pair start to repair their memories together.
It’s a great story with lots of superb creepy noises and a compelling story but it’s more of a deep psychological mystery than a real horror, still it’s great to watch.6/10

The post apocalypse is here again, a character known as Lee or LE-E is analyzing samples of our toxic world which he’s usually alone in but today there are many more bodies in the woods but this ones are armed and dangerous. this budget filming is immense on this short, and it paid of well as it’s a well acted and thought provoking film, a little short of meaningful narrative but it gets there in the end and topped of with a wonderful theme tune and credits, something I rarely see in shorts. 6/10

Pine Cove : Into the woods

There’s a heap of cool camera effects in this short but it’s lacking in everything else. A bunch of teens head out to come uncles cousins sisters brothers grandma’s cabin for fun, sharing a bottle of vodka they head into the woods, one girl notices an emo version of herself but says nothing later shes goes missing and typewriter starts banging out poetic shit. I loved the look, it really felt like a high end fashion video but the story and acting were both a bit naff.3/10

Some guy starts making some random food then gets night terrors from his cooking.. it’s simple but effective for it’s very short run time. 5/10

A lone man just wants another night cap when strange things start happening in his home, it seems his wife is trying her best to scare him to death as he’s bringing shame on her family but is she the one he has to fear? It’s a age old tale but it’s filmed really well, but the end credits are half the run time?? 6/10

Heads up you’ll need to have a subscription to Kinoscope for this but if your into surreal movies or something just that little bit different then it’s worth every penny. This dramatic and stark short movie shows the transformation from birth to adulthood of a hunter’s son born with antlers, as he ages he repeatedly has to cut down his impressive antlers, but he learns to hunt along with his father until one day he realises what he truly is and what he truly loves as the call for the wild becomes too strong. 9/10 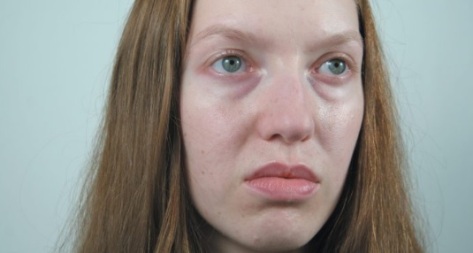 Another kinoscope film, from the directors of The Patron Saints. This 14 minute film is a snapshot of life for a young woman who’s travelling from doctor to doctor the highway becomes a timeline, although through the filters, filming and unusual character it feels very 1970’s in it’s aesthetics. it’s odd but utterly delightful. 7/10