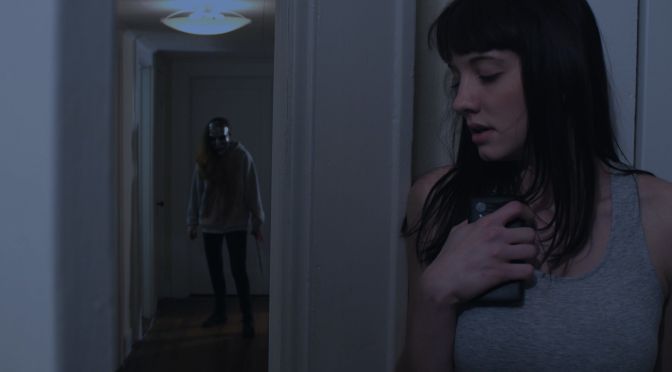 I’ve had such a hectic week I couldn’t fit in as many shorts as I would have liked but here’s a few random movies to get your tentacles tingling.

I love horror movies set in the cold, usually they have some kind of connection with The Thing but this is more of a Wendigo style haunting and a well crafted and vile creature, the sound effects the creatures make up is incredibly well thought through and presented, definitely a film to give you chills but I wouldn’t expect anything else from Danny Donahue!

Coming home to an creepy empty house is one thing, coming home to find your housemate sleeping and then for her to arrive is another. I really enjoyed this short, it’s not the bees knees but its effective, it has a decent level of tension and gives at least one good scare, the effects and acting are really good and hopefully more things are available from this team.

I love the description of this movie, it includes this immaculate line “Made on a budget of the price of a pizza.” that’s the kinda budget I like. And what an awesomely creepy film. It offers some effective chills and really creepy scenes that even the big boys haven’t thought of yet I especially love the disembodied legs. it manages to maintain a high levels of the creeps as this lonely lad wonders around his house encountering a range of mysterious events. It honestly doesn’t give up until the very end.

The same lead is plagued by reoccurring dreams but when he tries to explain them to his friend the dream starts to take over. It’s more mystifying than a real horror but then how horrific is a dream within a dream that you can’t wake up from? More solid acting though, these guys need to make more!!

A couple of dads arguing at the BBC and kids beating a pinata.. but the kids who has an awesome swing seems to have a mystical bat and is able to beat candy out of everyone.. I think the kid should be in the next Marvel movie to be honest.. Pinata Boy strikes again.. But was it candy? This could have easily been a segment in ABC’s of Death.. talking of which, when is Part 3 coming out??

I promise to try and cover more next week although I have another pretty busy week ahead of me..