Sorry again for missing out last weeks list..When I started doing shorts I never imagined myself getting caught up in a series, especially as I don’t generally watch series, but when they are under 10 minute segments it’s less of a hardship! Also if you’re aware of any shorts that I really should have covered by now, please leave a message or tweet at me.

Beginning if a young girl watching a vintage movie and eating cookies, this movie slowly transitions into something a little bit more sinister when the little darling has raided the cookie jar too much and the cuddly bear cookie jar is soon replaced by a freaky clown head container and things begin to get a touch more elaborate in the artistic fear department.

There’s a mouthwatering display of well composed atmospherics, creepy sounds and peculiar camera trickery that all enhance this spooky story until it’s WTF ending. I’d say is a really accomplished short and hopefully the little girl involved will go on to do more.

A one minute short film doesn’t leave much room for messing around and this get straight to the grot. A woman is stalked by a monster while cradling her baby, year later the sacred survivor lays a trap for the monster..

It’s amazing how quickly a point and plot can be brought on in a movie, yet so many directors try to waste my time.. *rolls* eyes. Definitely some talent here

An oversize clerk is working the night shift in an gas stop, the loser starts to notice strange going on with his radio and video monitor. A dark figure with a masked face is stalking him throughout the store but he can only see the figure on the monitor, picking up a baseball bat he tries to protect himself but the motives of this creepy stalker isn’t quite what you’d expect. I really enjoyed the twists at the end of this nifty little horror drama, overall it’s written and presented really well, there could be some stream lining here and there, but the overall camera work and cutting is perfect.

From the shifty intro and inventive electronic soundtrack this horror really captures a specific emotive and scary mood, despite being a short wordless story about desire and dependency.

Starring director Steven McCarthy, in this intimate vampire drama that sees him travelling across country with his lover searching for meaty snacks for her.

So the series begins, a group of people seem to be playing a twisted game of fate with a meaty cenobite demonic type of creature and a freaky sadistic roulette wheel.

It’s a blinding start to what seems to be a new realm of nightmare. The game doesn’t seem to be well structured but I’ll see where this goes. 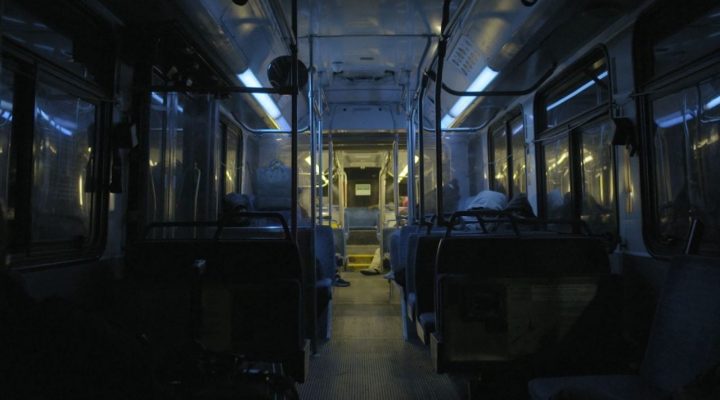 There’s something special about those people around us that have the energy and balls to get up and help those less fortunate. This story is about a night bus which travels around the wee hours and plays the role of a movie safe haven for the homeless people in Silicon Valley. A team follow the bus on one dramatic night but the massive insight is bittersweet.

This is part of the Apartment Trilogy horror done by David F. Sandberg, think you might remember that name? He’s the guy who freaked out the internet with Lights Out and many other horrors.. oh yeah.. him! This one sees his beloved getting her pretty butt haunted by a creepy girl in a photo, it’s slightly Ringu-ish,it plays on a few more stereotypes but it does build decent tension and well done for another sleepless night!