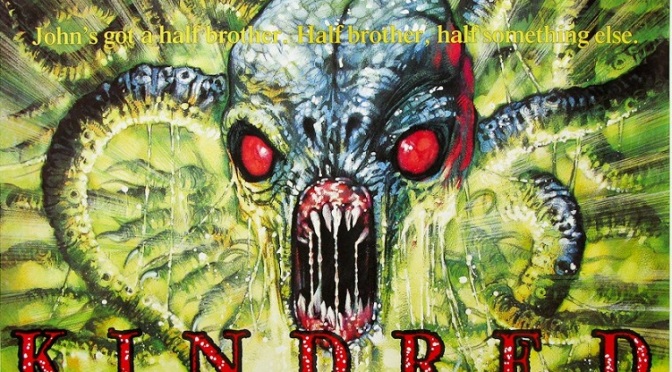 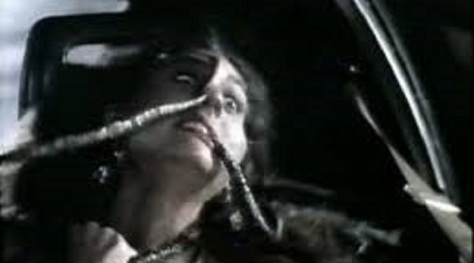 80’s horror will always be remembered for being gutsy and it really liked to spill those guts all over the screen, This film is mild i some respects as it tries to build a respectable story but as the monster is slowly revealed there’s healthy lashings of tentacles and slime but without much actual blood, a strange combination that remains interesting but is noticeably lacking all the right ingredients to make it a stand out from all the other films of the era.

A brilliant scientist Amanda Hollins (Hunter) awakes from a coma and informs her equally brilliant son (Brooks) that he must destroy her journals and her final experiment aka his brother, bewildered he arranges to take his research staff and his girlfriend out to his mother’s house to carry out her request but soon she dies, unknown to him she’s killed by a rival (mad) scientist Dr. Phillip Lloyd (Steiger), who can’t be trusted around small animals and to be honest I wouldn’t trust him with kids either, but he’s desperate to find out what Amanda has been up to.

At Amanda’s funeral, John encounters a beautiful stranger, Melissa Leftridge (Pays) who was in correspondence with his late mother and she eagerly volunteers to help with the house clearance.

After arriving at the remote home, strange tentacles scutter around the unassuming crew, first taking out a woman on the highway, exploding from a watermelon in the back of her car and squirming through her face until she crashes into a pond, this is probably one of the more gruesome scenes in the movie, as it settles into drama mode until the end flurry of action.

Seeming to draw on Lovecraft for some of the plot, the film is lose on story, acting and imagination. There’s so much step by step explaining of tiny details that any semi intelligent horror fan would be aware of and there isn’t much palpable horror. The crew turn up and then don’t really do much, there’s a bit of investigating but nothing on par with the average episode of Scooby Doo. 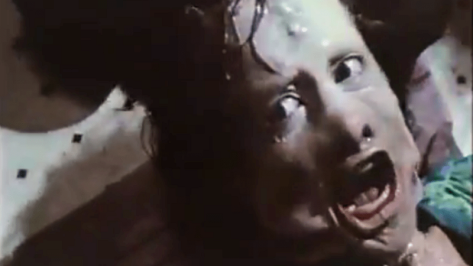 Eventually the film seems to fall apart a little, it seems to loop through investigation and discovery then back into investigating, but without anyone really achieving anything. The saddest part is possibly realising they didn’t have the budget for a spectacula monster it’s hammed up to a lot of screaming and jets of slime, which is fairly entertaining but I was left wanting more.

While John was on his mission to end the experiment and find his “brother” the whole sibling aspect was dropped throughout most of the movie, and instead of one big beastie the audience was treated to having lots of little critters to torment the dull science crew, sady unlike critters these tiny monsters didn’t have much presence or personality, which is a shame as it could have saved the film.

The Kindred has an interesting story but just executed badly without much attention to atmosphere or continuity. So much attention is spent on boring drama than key turning points like the amazing twist of the plot and demise of the arch villain, we know it’s all coming but it happens without fan fair.