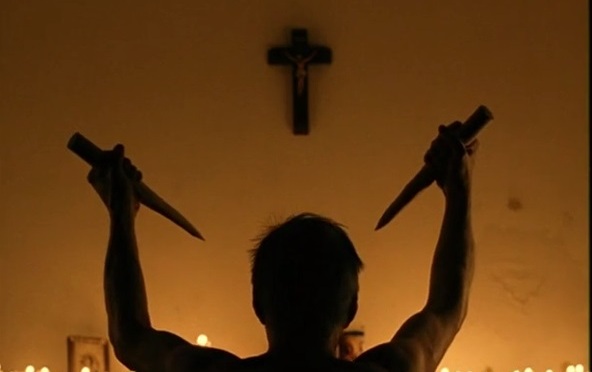 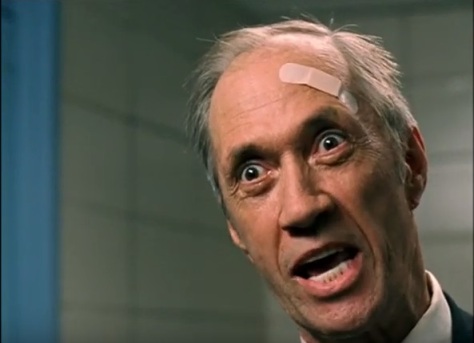 The offbeat style of this movie is incredibly alluring, as a possessive and unhinged FBI detective (Carradine) is tracking down a deranged psychopath but he might have bigger demons than the killer!? Eventually the story morphs into something very different as regular cop gets involved and the film takes on a documentary style, but despite being blasted from all directions this highly strange movie was on a duo disc with Satan’s Little Helper (2004) and if you’ve seen and enjoyed that, then there’s a chance you’ll get into this too.

Carradine’s character, Louis Dehoven, is brilliant, and possibly a requisite of his actual mentality at the time, but the Special Agent is tormented by demons who give him insights when he performs rituals with corpses and through self flagellation he gets clues for his case, there’s no real solid evidence that he’s anyway connected with the FBI as he claims but he’s certainly out for the killer. 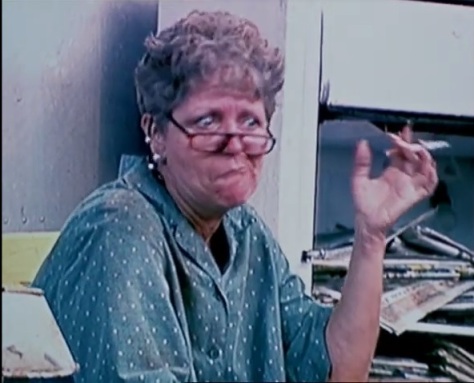 The Killer’s identity isn’t really a huge secret if you read between the lines it’s quite easy to spot but I’m going to remain silent on this, but there are two other prominent storylines with stand out characters in this film. Firstly there is Joe Unger plays Detective Harry Richards and in his stereotypical “don’t give s shit” attitude he slowly traces the steps of the same erisal killer, but he’s chasing Willie Dickenson, and the DIckenson’s are one fucked up family, Willie might be the only normal one? The stand out scene is when he meets the killers brother, a suicidal depressive who has a habit of shoving things up his ass which is depicted in a darkly chilling flash back scene when he was a kid and with total disrespect to the fact that he’s sitting at breakfast table while enjoying his favourite past time. For a large part of the movie is set up like a documentary but some of the people being interviewed are totally bat shit crazy, including Sally Dickerson, the boys violent mother who fins great humor in remisining how she held the boys over the grand canyon and made them piss themselves. 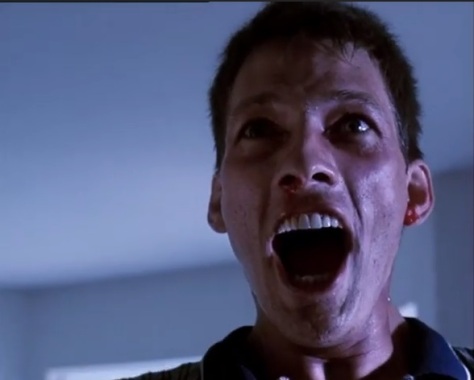 The final storyline meandering in this psychotropic nightmare are a pair of young lover, Darren E Burrows is Glenn Royce who spends his days frolicing with his empty headed girlfriend as they read about the serial killer in their perfect town but couldn’t possibly believe that he/she might step into their perfect lives.

It has some twists and turns but each one is delivered with heavy layers of dark comedy and strangeness. Nothing really seems to be connected early on the movie but it all comes to a head. In a very lose way it’s similar to the makeup of Pulp Fiction (1994), but with a downtrodden style of it’s own. I was surprised to see some of the bigger names involved such as Carradine and Burroughs, even Unger had been involved in much bigger but not necessarily better movies. I really can’t see why this mans careers didn’t go further. But for what it’s worth this hetic and surreal indie movie really has a ton going for it, at times it’s gross and stupid but all done with a unique subversive brilliance, it’s like a moving graphic novel.