For a moment you’ll have to forgive me for being a lover of movie trash, if this is the first review you’ve read from my blog then this may come across as misleading in some way, I so adore cinema, but in all its facets, but I have a soft spot for small budget movies that have a lot of heart and effort, but while I can’t put my finger on why I can easily say that I really enjoyed watching this movie despite it’s faults, but respectfully it doesn’t get above its station. 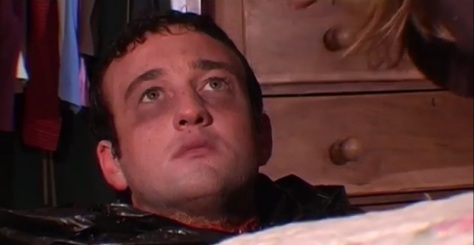 I understand that a lot of people are not going to appreciate this the same as me but it is what it is, a very different but pleasant plate of tea time horror with some gritty relish! and I’ve watched it a few times now, I’m obviously a sadist.