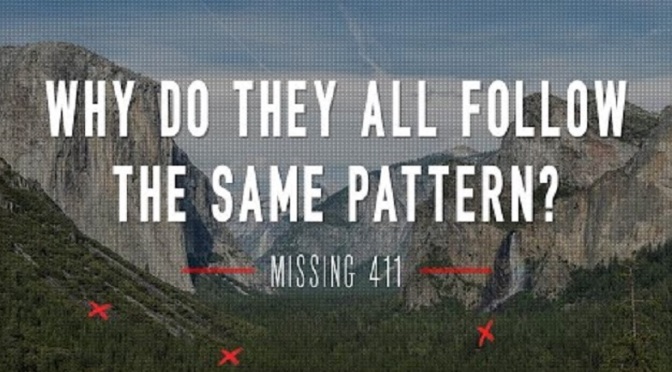 I was slightly on the wrong track with this movie, no pun intended.

After listening to the Mysterious Universe Podcast (since season 5 check out the awesome podcast here https://mysteriousuniverse.org ) I’ve heard/read a lot about Missing 411 persons, but obviously with the theme of the podcast these tales go into high strangeness often involving Bigfoot and UFOs etc etc. I was expecting to see some crazy trail camera footage and maybe some abandoned staircases in the woods, or even recounts of historical unsolved cases. In contrast this documentary movie is more about a handful of cases which represent the tip of the iceberg of Missing 411’s but with a slight connection, all cases involve young children often with hearing impairments.

The filmmakers do more than just report the facts they establish an emotional connection with each case, as the families open up about what they remember on the day their child went missing. The film is pretty dark, and focuses on the friends and family with little scope for wild stories and other possibilities. Generally the group question and speculate, their laptop investigation involved recounting police reports and hearsay where people have pointed fingers at everyone for every reason. Gramps was tired and took his eyes off the boy, his mother was rumoured not to want the child, and the list goes on. At one point while setting up the camera we hear a disembodied voice asks the director what he’s doing, “making a movie about the missing kinds” “oh, you know they killed them right” and the person wanders away.

Sadly the team don’t push the envelope, take things that little bit further, I do appreciate the close and detailed work they have produced, tracking down people who helped hunt during these traumatic events, even finding one of the earlier missing children, who now, as a wisen older man still has this clothes and some memories from that day. But alluding to the strange events without the payoff is cheating! In one scene they outline how the child’s clothes were removed, how there was no blood and no fur from predators found but the boy was assumed attacked. You can’t show bold claims like that without mentioned the alternatives, but the documentary remains with its feet firm on the ground and is a well balanced and highly accomplished work.

For me the case is still open, kids don’t just go missing like this, they aren’t free running through the woods at 3 or 4, even if they wander off for a couple of minutes, a bit of shouting and they soon come back to what’s familiar, something definitely did happen and to happen to so many children it’s worrying and I feel more should be done. But there is one poignant argument that the movie makes, the numbers aren’t being recorded, the excuse is expense and time, but if there was more records being kept then searches would become easier in the future, but also is it all based in greed, if people knew how many hundreds of people went missing would they stay away from these parks? are they simply keeping us in the dark about what’s going on just to ensure the industry keeps churning, to be honest I don’t think it would keep people away but at least people would be better prepared.

This didn’t blow me away, in fact at times it was hard to watch, the only real let down is that it doesn’t branch out to expose a lot of ideas and investigations into the 411, but what it does uncover are some hurt families and strange disappearances in a high level of clarity, the team ask the tough questions and reveal multiple views while remaining quite respectful, it’s a great stylised work but my greedy inner child did want a lot more.

L – A-Z of the Unexplained.