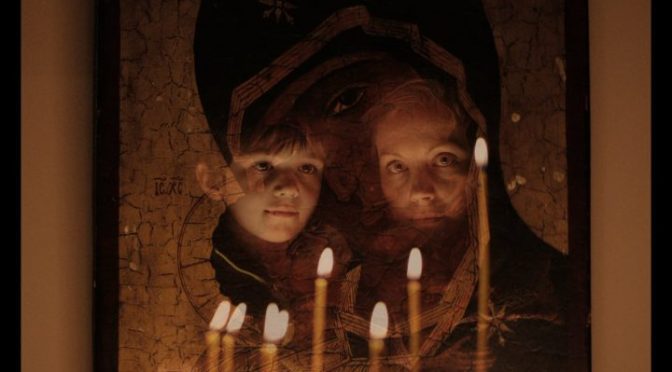 This amazing capture by Kevin Vu outlines a dream becoming a reality as a facially unique fashion model prepares for her first runway, having dealt with a number of challenges, both mentally and physically the big time shakes his delicate girl to her core as she has to face some final demons.It’s quite a remarkable take on a unique experience that drags up a torture past from birth to show. I feel for her as she’s such a darling character.

I know a handful of people who suffer from this crazy phobia. which is totally understandable as it doesn’t look very healthy to see lots of holes appear in one’s flesh, and that’s exactly what happens to his unfortunate woman who accidentally drops her phone into a bin in a dodgy rest room? While fishing it out she gets stuck by a syringe containing a very dodgy virus… mayhem ensures in one a toilet that rivals the icon bogs of Glasgow as seen in Trainspotting. I wonder what phobia Buddy Booth will play next time??

What starts out as a wonderful social event turns into a traumatic hell ride after a stunning new bridge partner threatens to kill her unfortunate unsuccessful bridge partner. This very well crafted and beautiful short stars Beth Grant and Robert Forster, not the usual cast for the average short film. I’m sure their time cost more than all the other movie on the list.

After the whispered death threat, the psychological impact really grates on Maggie but slowly the fear creeps into the real world. But after a touching proverbial chit chat about sheep and dogs the film ends on a cliffhanger which is marvelous as it seems the challenge has been accepted and could go any way, I like when an ending is open but not totally abstract and vague, well done to Gabriel Olson and all involved.

I wasn’t quite prepared for how sentimental and deep this film is. A couple are en route to the bedroom for some crazy sexy times, when the girl notices some dazzling eyes in a Byzantium painting on the wall, the mesmerism catches her imagination and she begins to fantasies about the future and how her life matches those in the paintings. It’s all filmed by candle light and only whispers the plot. It’s golden and dreamy and opens up the imagination to endless possibilities touching on art and religion

Oh wow! This is brilliant, a testament to the fact that you don’t need an hour to tell a riveting story with a compelling twist, this was the winner of the Bombay Sapphire’s Imagination Series , a competition, 5 films from one idea and James W Griffiths sparked off a stir with this crazy prison story. about confines,the ideas of freedom and perspective. A man is taken to a new cell, and his mysterious new room mate (geddit Room 8) has a secret box under his bunk.. the films in the series are all based on the same script and it’s brilliant, the rest are as follows. but this dark gothic story is easily the best and scariest.

A deaf swimmer is the next to be told not to open the box. Originally she’s amazingly talented and able to win her next competition but after opening the pandora’s box she’s face to face with a new promise, something dark in the water that provides everything but what’s the price? While the film is emotive enough it has some really stunning underwater dance and drama which is a feast for the eyes with a bit more of a symbolic ending.

This has to be one of the most craziest in the series?? A man wakes up to find his wife has.. well.. done crazy things in the night! But he’s more than happy with their odd predicament. There’s not much to this so it’s probably best you just watch it!

A bit of stop motion!! My favourite, I’m really going to have to dig into the genre again soon.. I’m sure there’s some missing from my blog. A couple of crabs find a bottle on the beach … by now you know the drill.. but the consequences are never done to this proportion..

A cute little comedy sketch despite the drastic consequences, btu it has sharks so can’t be that bad right? This has a lot of the cuteness of Creature Comforts by Nick Park.

A man has a scheme to break into a safe deposit box of some sort, but the cleaning lady notices him and the contents, a strange mechanical box and insists on opening it, and all the magic in contains… I really like the dynamics between the two characters in this film, one is deadly serious while the other is just getting on with her mundane job but their clash is both comical and profound.

Check out all the other posts here https://admitonefilmaddict.wordpress.com/category/style/shorts/