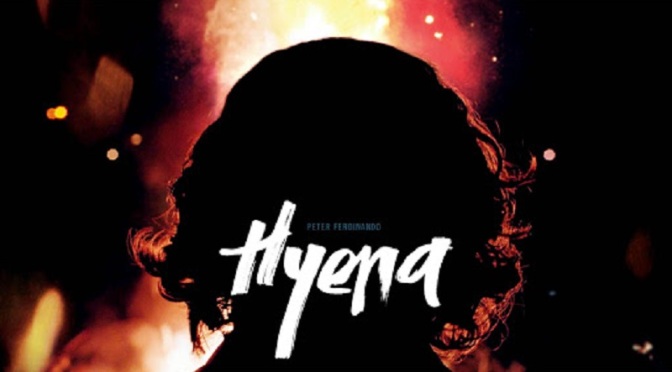 This matter of fact police corruption movie turns out to be not only thrilling, but delicately devious which sees the argument of righter and wronger turns heels from the streets of London into a literal blood bath. Johnson keeps the movie on it’s feet with fast camera action that in ways follows it’s heroes and foes like an episode of [insert your favourite cop drama here] the story slowly steps out from the calamity from time to time through bloody revelations, and it all becomes too much for the hardened street cop who is the focus of the movie. There’s something raw about the filming approach, the locations aren’t luxurious especially in the daytime which are filmed on any street corner, something we can all relate to, but at night the film comes alive in darkness and neon, the characters aren’t built on in the conventional way, instead they are more like sweaty desperate chess pieces but still the camera moves around them with glee.

Michael Logan (Ferdinando), is a tough vice cop who makes his extras through corrupt operations often extorting the people he’s supposed to be arresting but with new tougher Albanian gangs beginning to operate on the streets of London he becomes tangled up in the murder of one of his informers, while trying to get dirt on this new foe while not being detected by by the Professional Standards Department, headed up by Detective Inspector Nick Taylor who are aware that something isn’t Kosher with Michael and his team and aren’t just happy to be up their arses they have to let them know they are up there with sneering smiles. On top of this Michael is seconded to another task force, leaving his crew behind and feeling quite abandoned he’s then face to face with an old acquaintance that he’d rather leave in the past, DI David Knight (Graham) a power hungry and determined officer who has as many secrets as Michael.

For me the film is more like a British version of Pusher (1996) than the British version of Pusher (2012).. While there is a strong touch of Nicolas Winding Refn in among the grime, Johnson’s masterpiece does have something quite quintessentially British about it. The cop-gang are brash and muck around, maybe the presence of Maskell aids them resembling a slightly tidy football gang but they aren’t professional for one minute, are only in it for the beer and bitches. Michael’s character is a step above the rest, he is driven he does have a heart but there’s not one second he’s not slowly climbing into his grave no matter how he reacts to his situation.

It definitely feels like a cursed redemption story, a man looking into the void and for the most part the void doesn’t even notice him until a pivotal moment in the third act when the film goes from drama to horror, and strangely in the final scenes, with a body being dissected in the bath, hostages being held and a mystifying open ending the camera steadies on Michael desperate leaking face as he shovels move coke up his nose and readies his gun, is he finally going to be the hero of the movie..

The only set back for me was a lul in the first part of the film, it opens with some ferocity but then slows to a snails pace before it starts throwing twists and crazy characters back at it’s audience, but it was worth the wait and it’s such a shame that Gerard Johnson hasn’t returned sooner with another homage to the old tough as nails British gangster flicks of the 70’s but at the time of writing this Muscle (2019) is in post production and Three Rivers (2020) seems to be close behind it, so there is a light at the end of that tunnel.