This has long been one of my favourite movies since I was a young child, I think my parents realised that I was going to be watching what I liked but my mother was always a spokeswoman for learning history and basics, so I read and watched the classics, which included The Freaks! I had a hand me down horror book which I still hold dear to my heart, I obsessed over the grainy black and white photos and was really drawn to the sideshow misfits of Tod Browning’s The Freaks which I still have to admit are a huge thing for me, not just the movie but the history and scientific research and study, encouraging me to travel the world visiting museums like Mutter and seeking out Cabinet of Curiosities worldwide.

Being one of the first and (possibly) only movie with a predominant cast of genuine “circus freaks” this tale is quite European in it’s make up, with a range of fair maidens, lost love and bitter revenge it’s something quite magical, but don’t get lulled into a false sense of security this fairy tale is grotesque and dark as fuck.

Can a full grown woman truly love a midget?

Don’t judge me for the official tagline above, it’s almost impossible to make a film like this without touching on some nerves, probably more relevant now than in 1932, but nonetheless this feature really broke down barriers but also added it’s on pint of stigma an almost volatile mix. There might be some terms used in this retrospective review that aren’t au fais today but I’m only using the terminology in the movie. 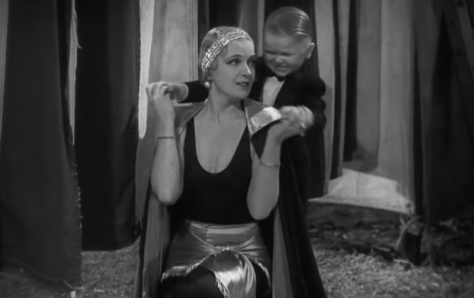 The film follows a travelling circus, focusing on it’s sideshow attractions, a group of individuals who are connected by their various mutations, and the key charm is that all of them were genuine, some had survived as real sideshow attractions others were branching out for the first time but there were no special effects here folks. A stunning trapeze artist named Cleopatra (Baclanova) discovers that the circus midget Hans ( H Earles) has come into a family fortune and decides to eventually start a romance with him after years of ignoring him, and in turn breaks up his happy relationship with Frieda (D Earles) a fellow circus performer and midget. Celopatra’s diabolical plan doesn’t involve Hans being around for very long as she intends on embarking on a future with her Strong Man lover after claiming the inheritance after killing him, but the bond between the Freaks is way stronger than she or anyone could believe as they build a protective ring around their beloved Hans in order to protect him when they suspect foul play.

Sometimes I feel awful for describing this movie as a horror, it’s a tragic love story and thriller the only real horror aspects is that a lot of people are horrified by watching the cast’s deformities, if this was filmed with “normal” actors it would simply be a film noirish thriller. The film is short, the story is fairly basic but the magic is the frequent appreciation of the Freaks, showing off their adaptations to life, a man with no arms or legs rolling and lighting a cigarette, conjoined twins sharing the experience of a kiss, there are so many scenes which even those who requested the sideshow couldn’t observe while peeing into the shows, but they have been immortalised here. These quaint anecdotal scenes are cute, intriguing and the real charm of the movie, and seems miles away from the dangerous blonde seductress out for a fortune plot that the movie also deals with. 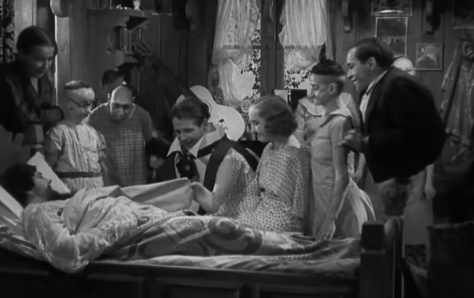 The ending changes everything, and pulls the factual into something a bit more creepy and supernatural, it always raised a few questions for me but in terms of cinema it sets a very impressive scene, set in the pouring rain the freaks all gather together for a big show down, the ideas of equality and camaraderie have all been crushed and there is one enemy that needs to be eliminated… or.. Something far worse? By the time all the good promotion that Browning had done to show the kind and friendly side of the Freaks has been undone and they suddenly all turn quite sinister but for good reason, but those images are long lingerings and very powerful.

For years I adored the movie and for the most part that’s all I did, enjoy the movie, but having looked deeper into the history and backstory of the many unique characters it’s a dark and bitter story for each, one such terrible tale is of Daisy and Violet Hilton the conjoined twins, when they couldn’t get work anymore their agent dumped them on the outskirts of a random town, they worked for a while until one got sick and died her sister just laid by her side slowly dying from blood poisoning 4 days later, it wasn’t all doom and gloom, some of the cast went on to have vibrant lives, families and amassed fortunes, but for a while though I believe they “live on” in their own individual vibrancy through their roles in one of the most stand out thrillers of the 1930s or possibly ever.

Error: Twitter did not respond. Please wait a few minutes and refresh this page.