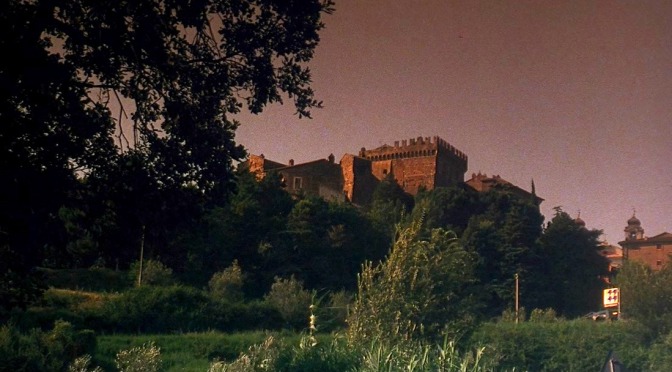 The mashed up face on the movie poster for this lose Lovecraftian movie was somewhat intriguing to me as a youngster but I imagined the film was nothing more than a Quasimodo horror, later on I discovered the DVD in CEX I actually read the back and found that Jeffrey Combs was involved therefore this must be an HP Lovecraft story and I gave it a shot. 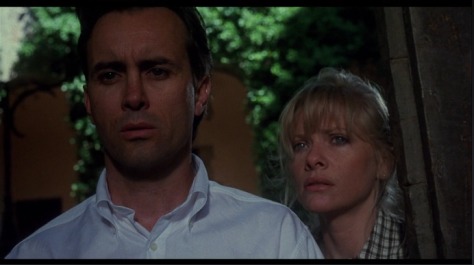 I feel a lot has been lost to time, the direct to video film isn’t the most outstanding thriller and indeed it’s not an exceptional horror but it does touch on the fringes of Lovecraft’s non cthulhu horror ideas but focuses on Ghoules, bloodline and terrible fathers!. The original story was written from the first person of a being trying to free itself from a dank castle in endless woods, an on escaping his stoney prison the being finds themselves on ground level in an expansive mansion not realising what the other inhabitants are and indeed what it is. It’s a great gothic short story that really challenges perception and to be honest reminds me more of a short movie called Macabre which can be found here https://admitonefilmaddict.wordpress.com/2019/06/16/short-film-roundup-june-16-2019/. Castle Freak tells the story around this story, looking in on the being and giving them a “reason” for being locked up within the extensive 100+ room Italian castle. it’s not pretty and doesn’t end well as you’d imagine from any Lovecraft inspired film. 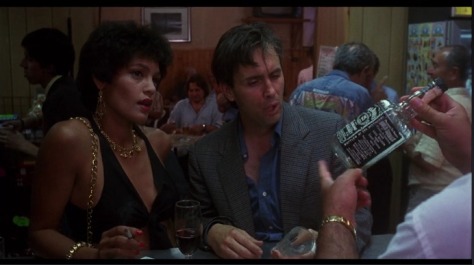 Jeffrey Combs and Barbara Crampton lead the film and the teenage daughter into this hose of madness, after an pretty dark introduction which sees an elderly woman whipping the fuck out of chained up “being” then having a heart attack. It seems the out of sublime luck John Riley (Combs) was the only descendant and has inherited the castle, plus it’s freakish inhabitant who stalks his family while they start to catalogue their new found riches, but soon the lurking creature makes itself a part of the family after eating a local pet and playing with a very pretty prostitute.

This film was made in the hazing beginnings of beautiful relationship between Stuart Gordon and Jeffrey Combs as they slowly meander through a host of HP Lovecraft horror movies, sometimes together sometimes separately. Comb’s attachment to Lovecraft really helps him ignites his role and he plays an awesome dad who’s trying to rebuild his relationship with his family after he caused a tragic accident, but they guy a mess but his heart is in the right place. 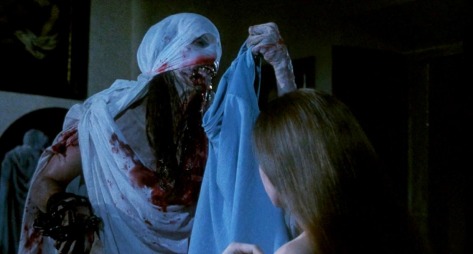 While the original story and setting remain quite gothic, the film contains elements of splatter and slasher but not much as Gordon made the film for $500,000, which was his smallest budget ever! The film has a bit of a mystery but really it’s nothing phenomenal, but it does have a lot of drama, and our milk mannered mess up anti hero is Combs who really does impassion the movie throughout. The entire movie could have gone this way and the division among fans is clear. Some prefer the sloppy gory horror of Re Animator and from Beyond, weird supernatural science experiments gone wrong while others definitely prefer the more traditional creeping horror without the roller coaster thrills, something more adult and serious and this movie achieves this, there is a family crisis and a mystery but once the “monster” is unleashed he brings with him a killer chaos, which ends with a big question and a new opening, something that would easily open up for another movie but at the time of writing this, the only plans are for a remake with Barbara Crampton, I awake with bated breath to see how this will work out.

It’s definitely gruesome when called for, the “Freak” is played by Johnathan Fuller a great costume and character actor really embody the howls and screams of an ubound creature and seemed really comfortable in his horror skin. At first his wrapped mummy like presence is secret within the castle but as with the original story he soon finds his feet and is eager to make friends, especially with the Rebecca (Dollahide) young daughter, the blind teenager is like a flame for this month. 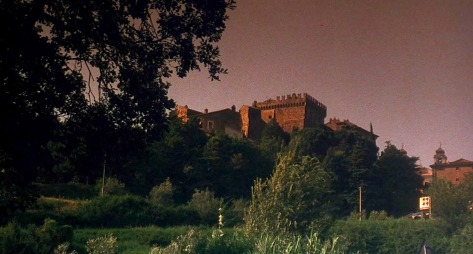 It could have used a bit more artistic licence but overall it’s great classic horror movie and interesting recreation of an unusual short story, a great performance from Jeffrey Combs and Barbara Crampton and I can only assume that the remake does this some justice.

Error: Twitter did not respond. Please wait a few minutes and refresh this page.