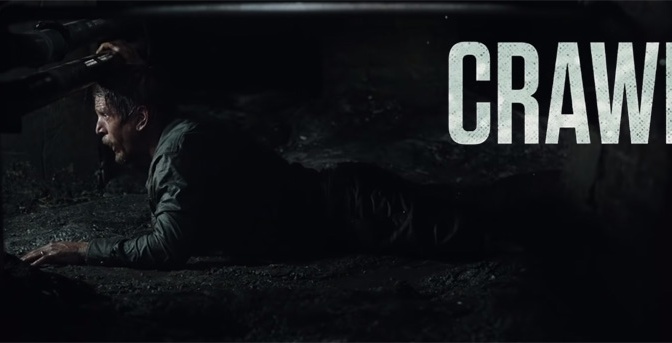 I ain’t gonna lie, Crocs and Gators have always frightened the crap out of me, Sharks are pretty scary and if I were lost at sea then they would be my biggest priority but Gators have the added bonus of being shark like and able to cover some distance on land, which means it’s harder to run from one.. long story short, all those fears eventually came flooding back in this strangely heartwarming and slightly predictable creature feature.

Alexandre Aja really astounded his audience with such classics as the blood lusty hellride Haute Tension (2003) which became a cult classic new wave of Extreme French Cinema which you can find a list of here, and in my opinion a very good remake of The Hills Have Eyes (), but something must have really affected him during Piranha 3D (2010) because he eventually came back swinging with Crawl, a water soaked adventure with a lot of predictability but some cracking scares and a super sentimental bonding story between a father and daughter which set this aside from the stereotypical creature feature where lots of mindless young people are systematically picked off by predators. END_OF_DOCUMENT_TOKEN_TO_BE_REPLACED