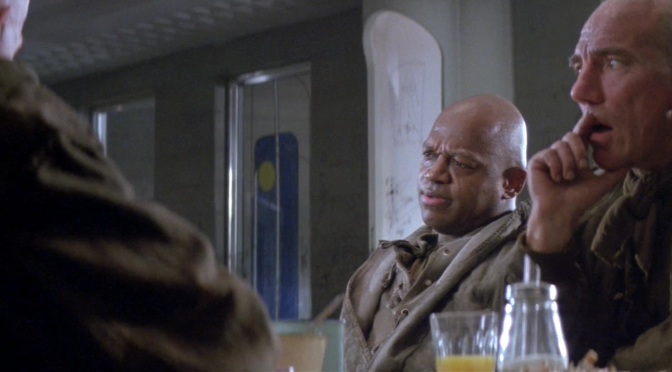 There will be spoilers ahead…

Peter William Postlethwaite (07.02.1946 – 02.01.2011) An incredible actor who never really got billed as the star of any movie but stole the show whenever he was involved.

After years of bit parts in TV productions, his talent was spotted, while getting longer roles he then began getting posted into movies and his career bloomed from there, his international reputation was solidified when he was nominated for an Academy Award for Best Supporting Actor for In the Name of the Father.

I’m the first to say that I don’t get all fan girl crazy over actors but there are a handful that I find interesting. It’s easy to assume that someone has a certain manner or temperament until the news gets out that they beat their wife or are a sexual predator (not that Pete has ever had any accusations) then the perception changes and everyone gets bummed out. After all we don’t know these people who act for us everyday, and assumptions are the mother of all fuck ups, but when the do wonderful things with us, like marching for Climate Change as Postelthwaite did in London on several occasions and even offering to return his OBE if dodgy power options were sought by a coalition government, and he marched and spoke out against the Iraq War, there’s a brilliant testament that his heart was in the right place. END_OF_DOCUMENT_TOKEN_TO_BE_REPLACED