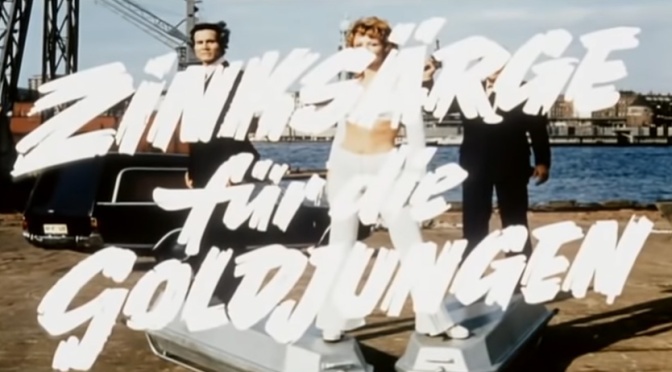 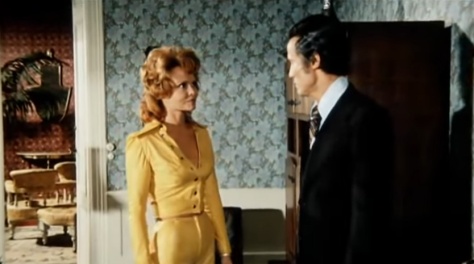 Two mobster godfathers walk into a bar, shoot the place up and try to assassinate each others children. It’s not a great joke but it’s the basis of this tough guy action movie with lashings of black comedy, overall it’s well plotted and there are some great scenes and a high body count but is it really such a classic?

A feisty Luca Messina (Silva) arrives in the stunning city of Hamburg, Germany with his gorgeous sculptured wife and family, looking to take over this ripe province with his henchmen and goons with the aim of establishing himself as the new top dog. Instantly his family settle into their new mansion while his gang start their mission to intimidate the locals and bully them into promising their allegiance. Most of the other Don’s back down apart from Otto Westermann (Fleischmann) he’s not going to let anyone crush his status and muscle in on his territory and the “Battle” commences as a tit for tat skirmishes break out all over the city as each gang tries to wear down the other. 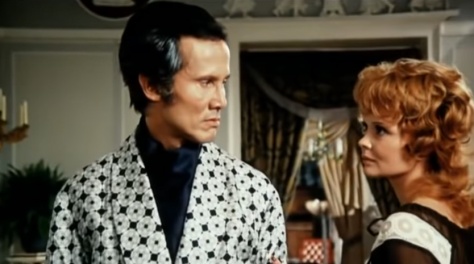 In between the bravado, double crossing and grenade attacks, Messina’s daughter Sylvia manages to hook up with Erik (Janson)the youngest son of Otto , the two youngsters want nothing to do with their family business and in their naivety they plan to run off together and be happy without the violence, but both are quite happy to live privileged lives.. ahem, while not fathoming their parents vivacity and sheer ruthlessness, they are totally oblivious to their current dangers. 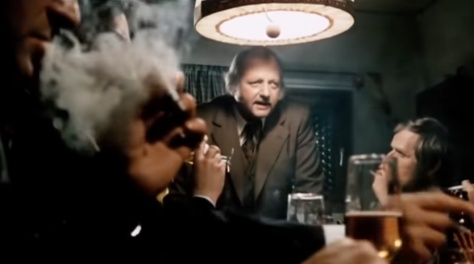 In terms of narrative the film has some interesting points to make, but the gangs hair brained schemes and display of brutality and force has been lost to a previous era, a bunch of Germans breaking into a bank and throwing about a few Italian slang words isn’t really going to fool anyone, but this is a concrete plan in this slightly under par Poliziottesco movie. There’s a lot of explosions, Henry Silva turns up and does his best to be typical cruel and aggressive gangster alter ego but I don’t really get the full sense of danger. It’s probably more realistic than other films on the era and in the genre but the grim atmosphere is chopped up with too much tom foolery with the kids running away from oppressive parent’s story that intertwines the carnage. 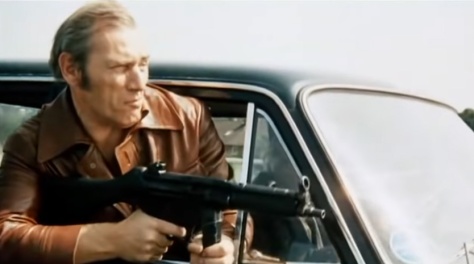 While it’s a bit dorky, there are some great action scenes, a high speed water chase, and one particular brilliant car chase, when the kids steal one of their rents cars to high tail it to the airport to run away, but the car is strapped with a bomb and their parents are chasing them to warn them but the kids think they are trying to stop them. This probably shouldn’t have been as funny as it turned out to be. It’s stands firm as one of the better films but not quite the masterpiece it’s sometimes hailed as.