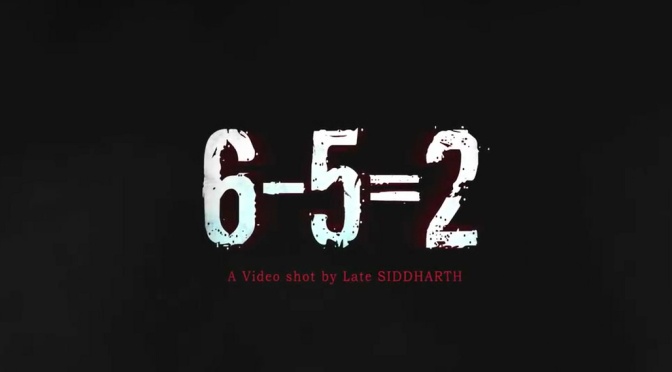 Without wanting to sound like a broken record, this monotonous found footage romp in the forest is very much like Blair Witch (1999), with hints of Paranormal Activity (2007), but at this stage in the game after so many films that end up mimicking the Maryland thriller, what would it take for a lost in the woods found footage, horror to not be like Blair Witch? Sadly this Indian scareless horror doesn’t offer any answers to this puzzling conundrum.

The basic narrative follows the average formulaic pattern, a small group of friends go hiking with some high resolution cameras to document their adventure and find something terrible in the woods. These 6 individuals are making a proper documentary. This gives some credibility to the reason why such fancy cameras are being used but the movie doesn’t really explain why they are making so much effort for this one trip. The first act, for over 40 minutes is purely them fake pranking themselves, in a click bait manner, which doesn’t lead to much fun, or (re)watchability.

A Video Shot By Late Ramesh

After finding an unusual tree decorated with skulls and creepy dolls, they decide to take a skull with them, and are strangely stalked by paranormal, malevolent force.

It’s not really rocket science, but the horror geek in me tried to follow the film through to the bitter end but it didn’t ever really pick up it’s pace or tried to deliver more than the expected. Maybe it’s audience hasn’t been exposed to as many Western horrors especially in the Found Footage genre but there’s never any excuse not to try your heart out.

While the premise is nothing new, the film does struggle with the basics, the script is delivered so badly and the timing or reactions just didn’t feel right, maybe it had a rushed production time, but in it’s credit, Jain used a lot of interesting effects to insulate the horror but it just doesn’t capture the imagination, in one scene the set up sees the group panning around the woods looking for whatever is making a strange noise in the dark, the camera picks up a figure in white but when the group think they have spotted it, one of the girls asks for the camera light to be turned off, the the spectre appears over her shoulder when the light is on, why the hell would you turn the light off AFTER you’ve spotted such a thing? It’s baffling, I mean there are bad horror movie decisions and there’s ridiculous! There has to be an hour of people running around scared in the woods, a giant foot/claw/hand print appears burnt into someone’s back, this might be a highlight of the movie but there’s not a lot more than that.

6-5=2 could have been something set apart from all the rest, there’s a wealth of mysticism in India that really could blow apart the horror screen, we all remember the haunting line from the Bagha Gita that Oppenmire used in his speech about nuclear weapons, and that alone is deeply unsettling what about Kali with all her arms and blood lust stalking the woods, But without bringing something new to the screen this really just flounders along with all the best Blair Witch wannabes.

There seems to be another film made only a year apart from this, same name, different cast and director, possibly Swarha Latha , I can’t find much about the differences between the two, but I assume there was a remake or an error on the IMDB, if anyone has any information then please share…