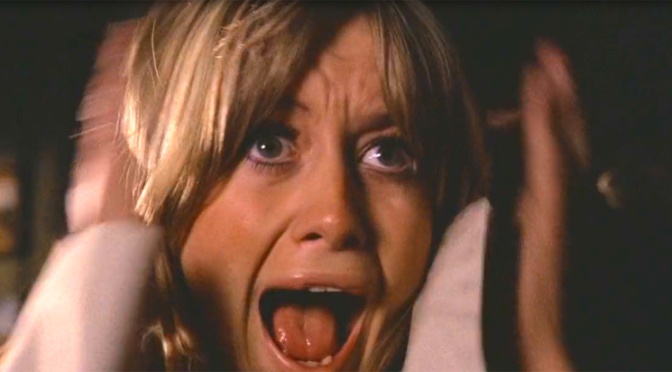 AKA The Baby Minder or Girl in the Dark 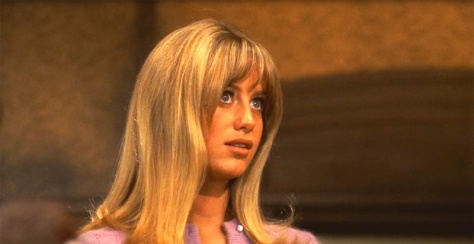 Often credited as the starting block for all Babysitter horror movies, this British cult classic really challenges it’s audience as much as it’s production challenges the actors. They say the best horrors are the ones where you can place yourself in the situation, and there’s nothing quite as frightening as being trapped in unfamiliar surroundings with a deranged lunatic trying to get to you while you look after someone else’s child. And this is where Susan George finds herself in Peter Collinsons cultured horror.

Collinson is probably best known for The Italian Job (1969) but only 2 years later he came back swinging with this taught thriller that verges into the Slasher territory. A young babysitter Amanda (George) settles into the Lloyd residence, the Lloyds display a lot of nervousness about their rare night out, but what dark family secret could they possibly be hiding. 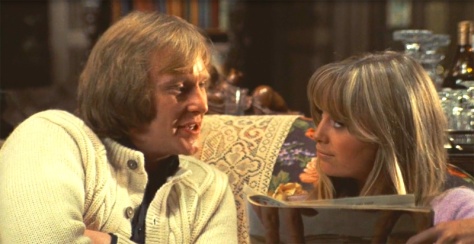 The mansion is a perfect setting for a lone babysitter horror, the creaking doors, long corridors and antiqued furniture really add to an already creepy atmosphere and allows a lot of playtime for the imaginative director who isn’t afraid to get into the knocks and crannies to set a shot. Everything is arranged to keep the audience on the edge.

Amanda isn’t the perfect babysitter, there’s a tiny learning curve she has to go through, breaking the rules by allowing her randy boyfriend (Waterman) in for a bit of slap and tickle but this is not to say that Amanda deserved the nightmarish hostage situation she’s doomed to be put through when an old resident returns to the home to exact some revenge but through his derangement he mistakes Amanda for someone else and is pretty handy with a range of weapons. 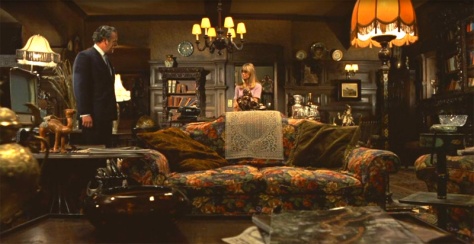 The film takes on a whole different psychotropic feel after the creep stalking around the grounds of the property manages to get inside the house after tricking the gullible sitter by pretending to be a concerned passerby. Collinsons then turns on the Polanski techniques and begins zooming in and out on frightened faces, and spinning the camera around to insulate the whole insanity. Ian Bannen develops his character in fighting ways, to the point where Honor Blackman was genuinely frightened of him during the more intense moments and she has known and worked with him for years, but such is the power of good acting.

In recent cinema the idea of a babysitter being left alone to look after someone’s most precious little darling usually gets turned into a nightmare, the babysitter fights back and either makes it or doesn’t, but by the time the parents return the film has usually played out all the plot it can give. But the layers that Collinsons throws in, includes the mother of the child and her attempt to move on from her previous relationship, the police eventually get involved after a typical British comedy scene where one officer can’t spell psychopath and a doctor spells our M U R D E R E R for him, and still the movies madness continues after the authorities stake out the home, as a true testament to the psychopathy and careful planning by the madman. 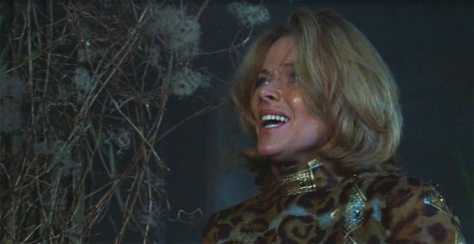 There seems to be a sense that women are easy victims, weak and powerless unless pushed into a corner, but this isn’t a shot out to mothers or feminists in any sense. Collinson plays around with the idea of weak vs strong throughout the movie without really taking a side, but the performances of George and Blackman are both outstanding but both do a lot of unnecessary screaming, but this was the era of more screams means more fear.

The film does flounder a little bit form time to time, there’s a lot of switching from the warm comfortable manor and the bustling night club and the Lloyds desperate attempt to rush home to help Amanda, but until it picks up the pace it could have easily have been bolstered by a bit more slashing. To be fair Collinsons wasn’t gunning for straight storytelling and has deliberately fashion the film to take in all aspects of horrors, bloody and mind warping, but it doesn’t totally lose its energy but pulses between different frights. 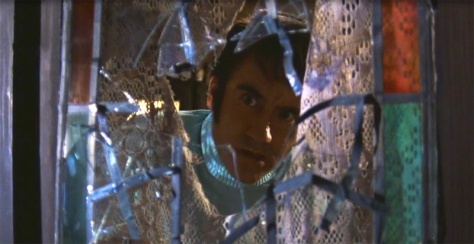 It’s a really accomplished movie with lots of brilliant ideas, solid acting and if it’s really the beginning of all babysitter horrors then it’s given generations of directors lots to thrive off and remains iconic but it won’t hold the full attention of all audiences as it’s aged in a strange way, as the gender roles will be read differently now.