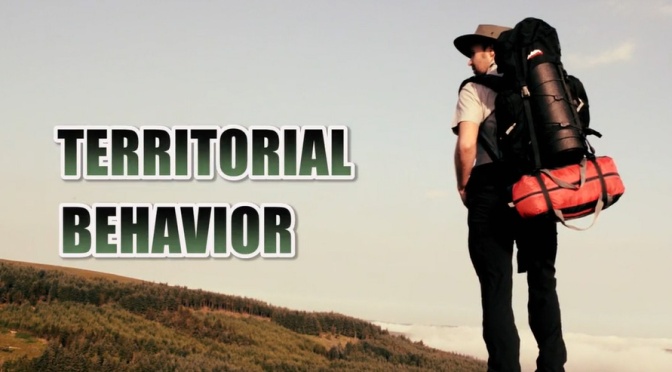 Found footage can be an easy genre to devise a film for, but a hard one to master. There are obvious struggles as this survival expert attempts to film an instructional video deep in the Lolo National Park and encounters a real threat.

The lonely survivalist is tracking through the forest in a national forest while filming himself demonstrating how to make the most of your camping trip, back at home he offers a class and this instructional video will allow himi to reach more people and finally he can turn his hobby into a lucrative business. The lush forest is the perfect setting for a found footage horror, less people and factors to interfere with the story, the only problem is that so many of them are set here and it’s hard not to mention.. Blair Witch.. There I went and did it. But there are no witches in this struggling horror movie, so it’s very evident despite the red herring what’s going to appear by the end of the film and this is only one of the problems.

As Bailey Rhodes (Murphy) goes through his informative sessions, setting up two cameras he methodically explains the basics methods of survival to his imaginary class, while demonstrating how to start a fire, a couple of poachers creep into scene, he politely asks them to leave but then some strange nocturnal goings on suggests that the unknown men with guns might be taunting him but carries on filming by day and protecting himself at night but there seems to be another threat coming from the forest, something more deadly than a couple of hicks with a gun.

Baileys character seems alien, while he’s filming he’s attempting to come across as professional as possibly but when he cuts to other screens there’s not a huge shift in character, he seems to really be Bob Ross out on a hike, amd to have a film really centred on one person so tightly that person really needs to be a great actor and have the ability to connect with the audience and I didn’t feel that for one second, the language is constantly scripted and deliberate, and it’s worse from the various phone calls he gets late at night, which always come in pairs from Bailey’s girlfriend (O’Connor), Sheriff Krantz (Macri), and Bailey’s video editor (Reed) I don’t think there is one call where he doesn’t have to cut someone off to answer another call. Does this really happen so often?

Visually the film has some stunning moments, its’ hard to fuck up a film in the forest though its a genre which has it’s fans, and for the most part the film looks good.. apart from all teh digitally enhanced scenes where play buttons etc are shoved on playbacks and the hazing of the film is sometimes made to look a little VHS but everything is digital but this is easy to get past. For me the one big faux pas is that Bailey is worried that he he’s running out of memory space and I don’t know how he’s getting the power to recharge his cameras etc, but despite these issues he still manages to film each day and all night, he even records himself at night taking phone calls, it’s just hard to find logical answers for a lot of the films choices.

It comes with the territory…

As the movie progresses, the supposed rednecks fire at him a bit, sending him off course and he manages to get lost in the woods, and the survival expert then finds himself actually lost in the woods, it’s pitiful and he pretty much is near tears and offers to find himself a real career if he ever manages to make it out alive. But with his actual survival skills, I’m amazed that he found his way into the woods in the first place. It’s a sad breakdown as Bailey realizes he can’t actually start a fire when he needs to but the red glowing eyes in the forest are probably upset with him for other reasons.

If you make it through this untilling movie you’ll at last know how to correctly drink from a stream and be aware of the importance of taking a lighter with you the next time you head into the woods. This film really does feel like House on Mansfield Street (2018) but set in the back garden instead.