When a director makes his debut there’s a strong possibility that they are aiming to make the biggest impact of their career and I believe Hal Ashby did just that with his cultural clash comedy drama that insists that we all look within and think without prejudice as we grow as people, which is what happens to his privileged and naive lead, Elgar (Bridges) as he “runs away” from and attempts to become a landlord.

Ashby manages to create a few convincing arguments as he thrusts his cast into some of the most heart-breaking and liberation challenges of their lives. Initially kicking off the show of scenes of a slightly drunk Elgar boasting about how he’s brought a tenant building and how amazing it’s going to look once he’s done it up, but the impoverished black neighbourhood that it sits in, doesn’t quite reflect his expensive dreams.

On trying to enter the building on the first day he’s intimidated by the locals, has his caps stolen, a gun pointed at him by the darling Marge (Bailey) and is blackmailed by a 8 year old boy, but he remains fairly positive, but is well aware that a few rolls of paper, a palm and a huge chandelier isn’t going to transform the building and instead he rolls up his sleeves and get to know the people he’s technically there to evict.

Visiting each apartment he finds a new challenge, but in his credit he doesn’t shy away, it’s a very different world to the privileged one he grew up in but while he’d determined to make it with this bosom project. And it all becomes so much sweeter when he meets the stunning Lanie (Bey)

Watch the Landlord get his.

Their beautiful romance at the right time, not only is Elgar starting to warm to his black friends but is enjoying distancing him from his stuffy family and now he can see a future with Lanie he makes a huge life altering mistake. It seems Ashby is intent on keeping things real, even with this coming of age story, it’s not all cheese and wine, there are victims.

As Lanie is white passing and Elgar doesn’t really notice, but then it doesn’t really matter to him either way, he’s in love with her for her natural beauty and personality, but there’s no way in hell that his family would tolerate such an insult. His mother played by Lee Grant, is gradually realising that the longer the renovation takes, the more she’s losing her son, decided to get their driver to drop her to the site with some fancy fabric, in an attempt to speed up the process and it leads to one of the highlights of the movie as she gets blottoed with Marge’s home brew. Seemingly coming from generations of privilege, she’s not hatefully racist but is just attuned to black people only being at the table to serve, once a bit wasted she’s quite down to earth and spends half the scene laying on the floor wondering where her fingertips are.

You know what NAACP means don’ t you?

You tell me what it means

What did he mean by that?

He just called us N*ggers

The contrast in lifestyles is very diverse, Elgars home life is like a upstate plantation, lots of large white rooms filled with stuffy people who have no qualms with dressing up in black face (red lips) included, and yet the meaty part of the movie takes place the African American apartments, where people are more wholesome, up front and honest about who they are and what they are, I think it’s this nakedness which really attracts Elgars to the characters in the block. 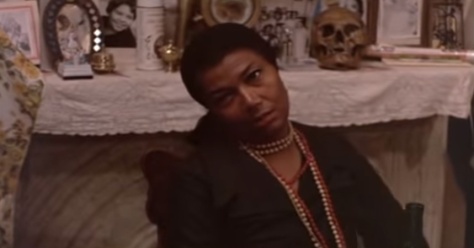 By the closing scenes, if you’re dry eyed then you’ve note been paying attention, it’s a remarkable movie for a debut, Ashby had been working as an editor for several movies beforehand but to jump into the directors’ chair and churn out something diverse and complex is a meat feat. Through it’s flawed characters and challenging concepts all of the toughest questions of growing up are approached with optimism, if it’s not class or race on the line then it’s the fall out of mental health battles which sees Elgar musing over, Bridges really comes alive in his plucky role and Diana Sands who plays Fanny really aces her intricate character with total perfection as she broached the toughest possible situation any woman can face.

The transformation of Elgar is outstanding, in the early scenes he seems to think he can just saunter in and do what he wants, probably having done so all his life, but when poised face to face with the real people involved in his project, and how it would affect their lives in totality he soon softens and becomes a much better person. Maybe it was Ashby’s plan to show us that we can all learn a thing or two?

The Landlord (1970) A naive socialite buys a tenant block in a Black neighborhood in an attempt to “run away” from his rich parents, only to have his life turned around as he befriends the tenants. Emotional, moving and incredibly funny drama, while controversial it’s great pic.twitter.com/auh8L2BwV5