David Hess is easily one of my favourite bad guys, reflecting back on his career it feels like he’s done it a million times but there’s only a handful of performances but each is a sterling moment in cinema as he manages to craft the ultimate guy who you never want to meet.

A slightly more light hearted comic inspired horror, reimagined by Wes Craven as Ray Wise / Dick Durrock co star as Dr Alec Holland who is accidentally transformed into Swamp Thing while trying to protect his beloved swamp land from an evil scientist Anton Arcane (Louis Jourdan) and his wicked henchmen, one of which is Hess. He isn’t a big player in this movie but it’s great to see his bad boy persona played out in this fun science based cartoony horror, for me one of the best re creations of the fuzzy green eco hero. 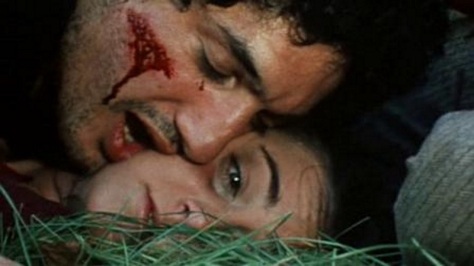 A cult classic horror from Wes Craven, based on Bergman’s The Virgin Spring. It was a groundbreaking thriller for the time and remains a strong horror fan favourite as a group of vile delinquents unknowingly enter the home of the parents of their latest victim, Hess is the sadistic leader of the trio of killers who discovered that blood is thicker than water when the parents realise who’s eating at their table, but who will come out on top as the most depraved when the chips fall? Hess’s technique of method acting really came into play as he famously threatened co-star Sandra Peabody to get a better reaction from her. 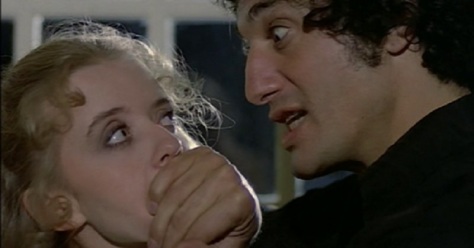 A couple of low lives barge in of a posh house party, at first they are taunted by the rich host and his snobby friends so they decide to hold everyone hostage and subject them to all sorts of torture. Hess plays Alex, one of these low lives in a dramatic brutish sexually frustrated thugs. It’s pretty twisted and there’s lots of wild violent scenes in a slightly more art hose stylized thriller.

Hess was head hunted for his role of Alex after his triumph in Last House on the Left, so much that he was given half of the rights of the movie and was able to re write his lines for the production.

A boozy writer, Walter (Franco Nero) and his sexy long suffering wife Eve (Corinne Clery) are on a “romantic” road trip until they pick up a stranded driver, Adam (Hess) who is carrying $2 million in stolen money and has a lot of sick games to play with the couple that he dominates and torments. Hess is a really nasty character who manages to pick up one of his accomplices along with way in what, to me, seems to add another level of macho sexual tension to an already highly fueled movie. This cult classic based on Peter Kane’s The Violence and the Fury Novel is, for me, one of Hess and Nero’s best performances and a forerunner for a long line of edgy and gory horror road trip films to come.

It was Franco Nero who suggested that Hess appeared in this movie after working with him in 21 Hours at Munich (1976).