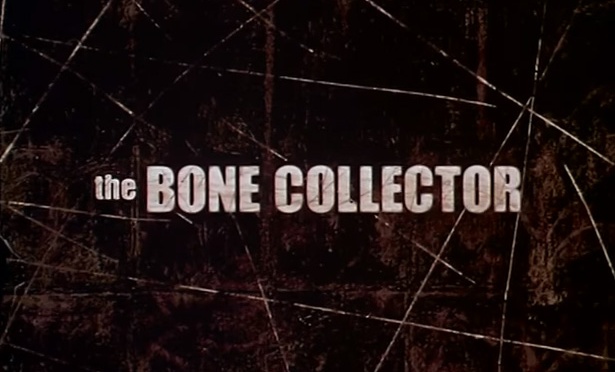 Based on The Bone Collector by Jeffery Deaver

For a film that came after Se7en, half of me wants to commend it for not being a copy of the Fincher masterpiece, however the bar was set and the collector here was only interested in bone not bonus points.

Set against a stereotypical grey city with colour people, Angelia Jolie co-stars as a rookie cop Amelia Donaghy, so dedicated to her job that her vague relationship is cast aside the second it starts to demand her time but she has good reasons to be so dedicated, it’s what she wants to do and pretty soon the most unlikely person in the world is going to spot how great a cop she is. She’s not the average officer, she stops trains with her torch and pays a kid to get her an instant camera to preserve the crime scene, the kid doesn’t run off with her cash and her pictures are just as good as the professionals.. 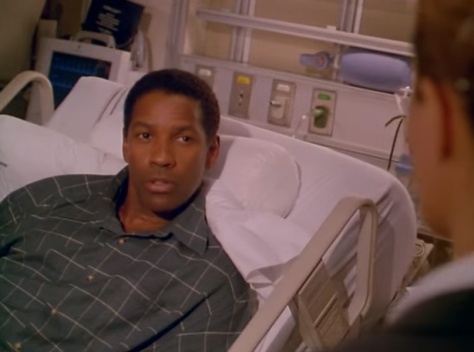 On a typical call her day goes from mundane to extraordinary, after realising there’s more to a certain crime scene that meets the eye, her Sherlock Holmes gene kicks in and she’s snapped up by a specialty team headed by a tetraplegia forensic criminology expert Lincoln Rhyme (Washington) who, despite his desire to end his life, decides to put up with his condition a few days longer in order to sort out a set of puzzling murders where the murderers calling card comes as shards of bones extracted from his victims. But with Amelia as his able bodied sidekick nothing can stand in their way after a personal rough start. Luckily for us he’s got Hollywood disabilities so he can move his ring finger and work his high tech toys and only has the odd seizure when the movie’s plot begins to lag or he wants to get out of a difficult conversation. 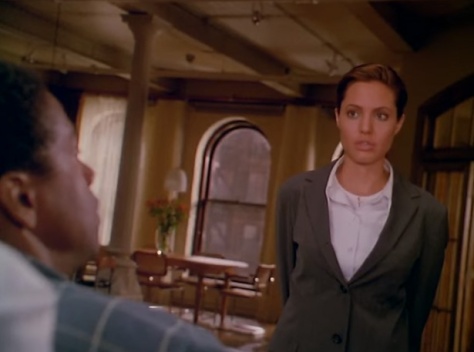 There are so many detective tropes in the movie, I can’t help referring to the character as Jake and the Fatman or Wheels and the Legman. Like resources and money aren’t an issue, a base of operations is set up around the bed of Rhyme, and Denzel goes into long rambling scenes which make him come across as a jerk more than a professional and his script is so unmemorable and rude more than strong, but it just feels so strangely concocted, a lot of the story probably worked as a book but doesn’t translate too well for film. The assumed moody, intense atmosphere is cast aside for something that feels more comfortable and babbling. For most of the time the Bone Collector doesn’t come close to the moral kick of Se7en or even the rinsed and repeated ID Channel documentaries, but it fancies itself as a grimy raw thriller, something risky and dramatic… but it just isn’t.

In-between each murder scene and forensics, we see more of Angelia feeling sorry for herself than the crimes themselves, but while we didn’t see John Doe from Se7en (1995)kill anyone there’s so much evidence of his character it was hard not to question what kind of individual would do that, in contrast we just wanted the Bone Collector to finish his Magnum Opus so the film might eventually end. 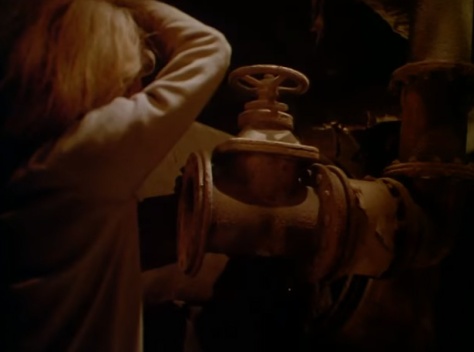 Denzel acts like he’s the first wheelchair bound man to solve a crime, although his similarities to the celibate main man in Rear Window while ordering a bombshell model day Grace Kelly around can’t be ignored. Getting into the movie will involve ignoring a lot of plot holes, trying to pretend that you haven’t already worked out who the killer is and if you bypass the cut and paste style of the film then there’s a chance you’ll agree that Washington can act, then you’ve got the film, an absurd non exciting thriller with a lack of emotion and absolutely no investment in the villian.

The Bone Collector (1999) Rookie cop and tetraplegic team up under random circumstances to hunt down a highly intelligent serial killer, great talent wasted on lackluster thriller with no real threat. pic.twitter.com/jVqxmUBCmW