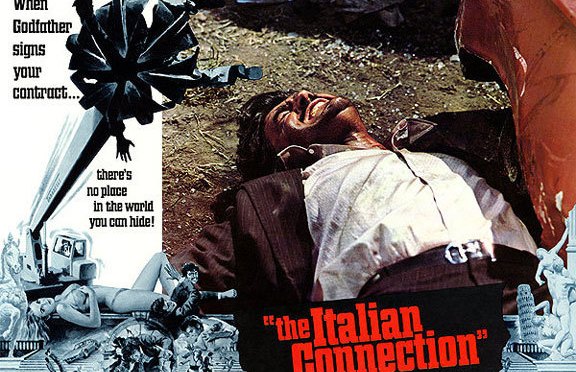 De Leo paints a pretty swinging city, there’s lots of drugs and girls with crazy wigs but the film doesn’t really indulge in this key factor to heavily, it’s all about men being tough. Silva and Strodey’s characters dominate the first act, shedding light on the seedy underground of Italy. They hook up with the attractive , Eva Lalli (Luciana Paluzzi) who gives them their first set of leads, while her character is pretty she doesn’t really do much and acts pretty shocked when bullets start to fly.

With the two hitman in the background chasing girls and beating up small fry, Luca becomes out (anti)hero, we see a man who’s trying to please and protect his ex and adorable daughter, starting up lots of small crooked ventures and striving to prove his innocence. Much of what he does it too little to late as tragedy follows him everywhere and as things become more desperate he really stands out as very strong actor, who ends up doing a lot of footwork. When Silva and Strode return for the penultimate showdown, I’d almost forgotten they were in the movie at all.

Overall it’s quite a captivating movie, with some daredevil scenes, lots of action and a gripping story especially when double crossing ho’s come out to play, for me it’s one of the better Poliziottesco movies of the era. The concept of a black and white hitmen duo might have inspired the more popular pair from Pulp Fiction (1994), although for me this film stands out for it’s charisma and it’s possibly the first film that I saw Henry Silva smile in?