Even if you’re a criminal on death row there’s always someone out there who’s worse than you, but while the moral compass spins around and around in this balsy film noir sci fi thriller there’s a poignant message that you have to do the right thing once in a while especially when faced with a evil tyrant.

Ulmer was a prolific director, hailing from the Czech republic and claiming to have worked on a number of classics like M and Metropolis, but without much evidence of this, however there is solid proof that he did work on Der Golem. Never really giving up his horror histories, he went on to direct a number of sci-fi, horror and film noir movies, while this adventure came near the end of his career he combined all that he learnt over the years. END_OF_DOCUMENT_TOKEN_TO_BE_REPLACED 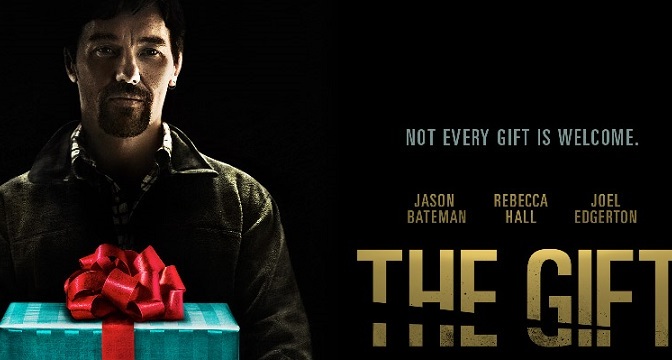 I was whacked last night so back to the golden oldies, I really couldn’t feature trying to get into anything new.. So I started with

This is actually quite a brilliant film for actor turned director, I really didn’t see something this intricate coming from Mr Edgerton, I remember it coming out around the same time as The Visit and I did pass it up as I wanted to see if M Night could pull it back but really this disturbing thriller would have been a better cinema experience. Joel co stars in his feature, playing a weak douchebag who befriends an old school buddy in order to seek revenge in strange and wonderful ways. His appearance is shushed away like the annoying kid at school even in his absence he causes cracks in the relationship and goes beyond what anyone would do for his justice. It’s dark and leads the viewer in different directions, Joel shows a lot of talent with his storytelling and his next feature Boy Erased should be equally stirring 7/10 [REVIEW] END_OF_DOCUMENT_TOKEN_TO_BE_REPLACED

This is how you make a decent horror movie, a decent time I’ve only 76 minutes it dives straight into the point, is filled with deep deathly atmospherics and has an intriguing and mysterious plot. END_OF_DOCUMENT_TOKEN_TO_BE_REPLACED

An early gem from a powerful director this early 60’s murderous thriller is both creepy and is it absorbing, it swings between being the supernatural and an episode of Columbo, an extremely dark and broody type of Columbo.. except columbo is more of a fastidious olde gent. So the film begins with a tragic accident that couldn’t have come at a worse time for the beautiful Louise (Luana Anders), her nasty partner  John Haloran (Peter Read) has a heart attack and drowns just after teasing her that if he dies she’ll not get any of his inheritance.. from the bottom of the river the creepy ghostly animated credits roll . Louise comes up with a cunning plan to pretend that John has been delayed then makes friends with his family in Ireland, especially his mother and try to weasel her way into some inheritance. To her luck the mother is currently going through a dramatic grieving process after losing her youngest daughter Kathleen to a tragic drowning accident, Louise devises another crafty plan to pretend that the girl is trying to contact her mother through her, so she collects some of her toys from the attic and aims to plant them in the pond where she drowned the aim is that they will surface at an opportune moment, but while planting the toys she notices movement in the underwater tomb and then she’s brutally murdered while trying to escape the water. END_OF_DOCUMENT_TOKEN_TO_BE_REPLACED