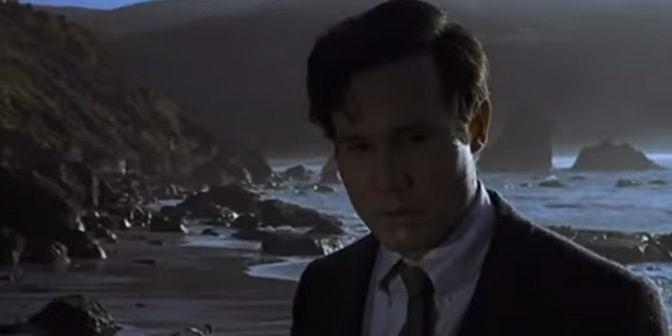 Emilio Miraglia has conjured up a vibrant Italian noir-crime thriller from a story co-written by Massimo De Rita who wrote the debut hit for Miraglia , Assassinsation (1967) which also stars Henry Silver who returns in this follow up as the heavy handed Inspector Sterling, a police inspector whose son has been brutally killed outside the family home in retaliation to his police work. Known for his brilliant Giallo and Poliziottesco movies such as The Red Queen Kills Seven Times (1972) and The Night Evelyn Came out of her Grave (1971), Miraglia’s successes came after these hard hitting Poliziottesco classics. END_OF_DOCUMENT_TOKEN_TO_BE_REPLACED

I got new art supplies so while I was tinkering with those I managed pull out a few golden oldies but then when I realised a new DVD was pretty short I crammed in one priceless Giallo too!

Bullitt (1968) –  I remember watching my mother get all excited about Bullitt, she’s a huge fan of Steve McQueen and as a kid I didn’t know why but i’ve been converted, I brought Bullitt a few years back and was totally blown away by it time and time again, I’ve had a passion for retro/vintage cars and while I’ve always adored Mercury Lead Sleds I finally caved in and I want a Dodge now.. But the film is quite strange, famed for being “that car film” there’s a lot of crime thriller going on as well. McQueen plays a toughen San Francisco cop who is out for blood, his target is a local king pin who has killed a witness who was left in his care. McQueen’s need for speed sparked him to insist on doing all the car chases and he made a point to keep his head near or out of the window in all the scenes to the audience that it was him at all times… damn I love car chases!! 9/10 END_OF_DOCUMENT_TOKEN_TO_BE_REPLACED

Barbarella (1968) – Oh how I have always adored this adventure. so much of it stuck in my mind when I first watched it as a child and it was one of the first shirts I brought from Rabbit In Red, based on a psychedelic comic series and made in an era where boundaries were still being pushed, he essence of Barbarella was captured in a vibrant way but each character remains amazingly district. The sexy situations and innuendos are full on but not overpowering and it’s just so much fun to watch.

It’s certainly had a big influence on the fashion and music industry, the band Duran Duran got it’s name from one of the characters, and many designers have said it was an influence for other movie costumes. It’s certainly influenced me, anyone who’s met me will get bored of me imitating the Great Tyrant, not only from the “pretty pretty” talk but forging my own city of sin and pleasure..

The lose gist of the film is that Barbarella is on the hunt for Dr Duran Duran  who has a weapon that could destroy the universe and she needs to stop him, after befriending an Angelic creature and demonstrating her amazing bedside manner she travels throughout space looking mighty fine until she meets her arch rival The Great Tyrant 9/10

Lighthouse (1999) – This was one of my purchase discs from Choices! man I’m showing my age. It’s a low budget UK production but it tells a pretty awesome story of a prison ship on it’s way to an remote island  but it runs aground and the mix of prisoners and guards have to stick together to avoid a potential serial killer. There are some crazy tense scenes, bad decisions and a crazy stalker with a mystical quality about him. One of the earliest films I ever saw James Purefoy in and a strange appearance from Don Warrington.

It has Simon Hunter’s signature style to it, if you think you’re unfamiliar with his work, then I’ll give you a clue, he did Mutant Chronicles! so expect a strong lead male, with a achilles heel, a misty landscape and strange shots from odd angles, hopefully this will carry on with his new film that’s been announced Last Blood, based on a webcomic with the same name, where the last few human survivors are protected by vampires from the hoards of a zombie apocalypse! 5/10

A couple return to Geneva from their honeymoon flaunting around various parts of Europe, the rich Deborah (Barker), and beautiful lover Marcel (Sorel) are only in town for one night before things start to become strange. Marcel notices an old friend, Philip, who totally blanks him in a nightclub, after catching up with him again during the evening, Philip announces that Marcels former fiance Susan is dead and it’s all his fault, despite her death being a suicide Philip still strongly blames Marcel for her death. END_OF_DOCUMENT_TOKEN_TO_BE_REPLACED

A deep tale of Satanism and pregnancy which is actually from frightening than the components, filled with cautionary tales delivered by powerful performances from Mia Farrow and Ruth Gordon.

In Roman Polanski’s first american film adapted from Ira Levin’s  best seller see’s a young vulnerable woman sold down the river by her lover and the Satanic community in her new apartment block. The dank old building is famed for having an equally aged community which the young couple struggle to blend in. Immediately after moving in two noesy neighbors Roman and Minnie Castevet (Sidney Blackmer and Ruth Gordon) invite themselves in and after protesting eventually Guy seems to warm to them after their intervention revitalizes his failing acting career, but at what cost? Rosemary potters around trying to make sense of her new surroundings, she befriends a fellow young girl who soon commits suicide and begins losing touch with her husband who is now best friends with the Castevet’s and whose temper gets shorter and shorter with his wife, until one fateful night when everything changes, Rosemary is unknowingly offered as a sacrifice of some sorts. END_OF_DOCUMENT_TOKEN_TO_BE_REPLACED