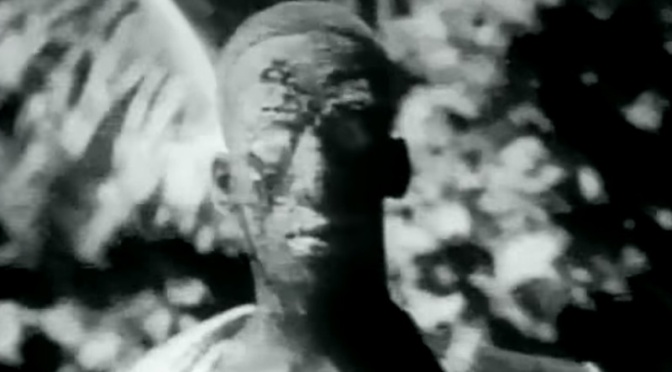 There’s a kitchy comic wanderlust feeling about this movie which is what makes it so memorable, no matter how cheesy or racist it ends up, it’s from the mid 60’s it’s going to be questionable by todays standards but it had a great vibe, a goofball story and possibly the first suicide bomber zombie?

Written, Produced and Directed by Del Tenny in the mid 60’s there wasn’t much scope for getting the movie released until 1971 when it was unshelved and became a drive in legend with a similar named production called I Drink Your Blood (1970) and as off key freaky duo they work together however with the addition of savage natives, zombies and evil scientist neither are really all that scary. Tenny’s other swinging flicks include The Horror of Party Beach and The Curse of the Living Corpse both from 1964 and share all the psychobilly themes of any halloween tiki party. END_OF_DOCUMENT_TOKEN_TO_BE_REPLACED 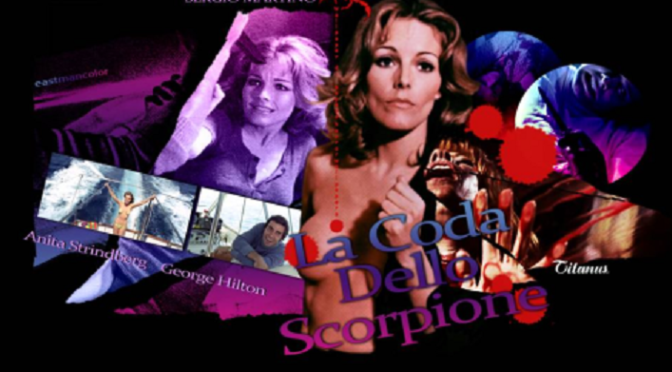 Martino’s The Case of the Scorpion’s Tail is an engrossing Giallo film but strangely it focuses more on the investigation than outlandish slayings. A woman,  Lisa (Galli)  inherits a massive fortune when her husband dies in a freak accident which results in his plane blowing up mid-flight, she leaves her lovers embrace and collects her money. Close on her heels is the suave and seductive an agent Peter Lynch (Hamilton) sent by the insurance company, checking to see if she had anything to do with the freak accident. They become close as a mysterious stalker starts slaughtering the people around Lisa including her husband’s bit on the side who also wants a cut of the fortune, their marriage of convenience is nothing of the sorts now, with a deluge of lovers and mysterious people entering the frame it’s a total nightmare to work out who the culprit might be, but the local police look clueless and are unable to offer answers or protection, Lynch eventually falls for and investigates the murder with an ambitious anchor woman, Cléo Dupont (Strindberg). A small heirloom holds the key to identifying the deranged killer but will the lovers find the answer before it’s too late. END_OF_DOCUMENT_TOKEN_TO_BE_REPLACED

What a chance find in CEX helps me find one of the missing items from my Shameless collection, they can’t be all that bad right!?

A couple of hippies are bumming around creating an artistic mayhem until they get caught at a gas station for trying to sell porn photos, they go on the run but soon run out of petrol. Luckily for them, they are near a lush house and grounds (the Oasis) and try their luck at the house, initially all they discover is a frightened woman awaiting the arrival of her husband but what other secrets are locked away in this house!? The hippy couple are used to having the upper hand and out numbering the fragile woman they try to befriend her while also trying to rip her off. But gradually she starts showing her true colours and can play them at their own game, be it fueled with erotica or intense conversation she’s quite a vixen and a cat and mouse games unravels everyone’s plans. END_OF_DOCUMENT_TOKEN_TO_BE_REPLACED 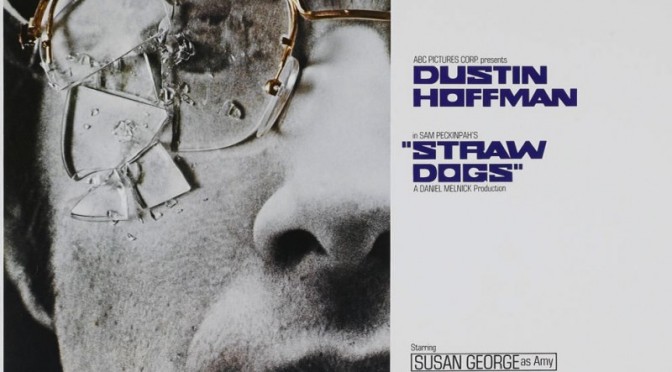 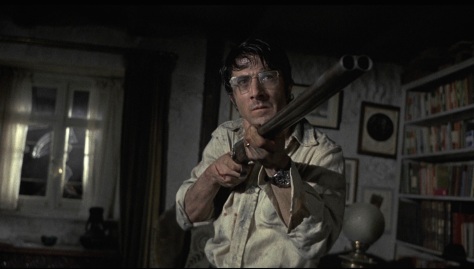 One of the few films that were previously banned, but when they were eventually released it seemed highly questionable as to why they were banned in the first place… but not trying to eliminate the fact that this siege movie is incredibly barbaric and quite violent at times, it does seem a little tame on the surface by today’s standards but harbours an incredibly dark back story with gut turning conclusions and a questionable end.

A young playful couple move to a cottage in the British countryside, David (Dustin Hoffman) an American Mathematician and his stunning wife Amy (Susan George) a homemaker who used to live in the village in her childhood. The modern and “hip” couple stand out like a sore thumb among the simple locals, and rural life takes a turn for the worse when Amy’s old flame and his associates start to make life hard for them and then one night a girl goes missing and the local suspected peadophile takes refuge in their home. END_OF_DOCUMENT_TOKEN_TO_BE_REPLACED