Slightly lesser known but wildly loved, Shootfighters plays on a few fight to the death tournament tropes but there’s a lot of genuine talent, not much love interest based distraction and tongues of sweaty muscles and heart, just like it should be!

Starting out with a disgraced fighter being kicked out of a legal fighting ring, Mr Lee (Kove) then travels from the Far East to Tiuana and starts up a similar righting ring but the winner of each match is only crowned when one man is unconscious or dead. Mr C (Albert) is a sly fox sidekick to Mr Lee and his job is to entice down and out fighters with bills to pay into the tournament with the promise of winning big, he manages to rope Ruben (Zabka) into the next tournament and his best friend Nick (Bernardo) tags along to keep an eye on his friend during this dangerous fight game. Somewhere back home there’s a couple of love interests but they really don’t add anything to the guy action packed adventure.

END_OF_DOCUMENT_TOKEN_TO_BE_REPLACED 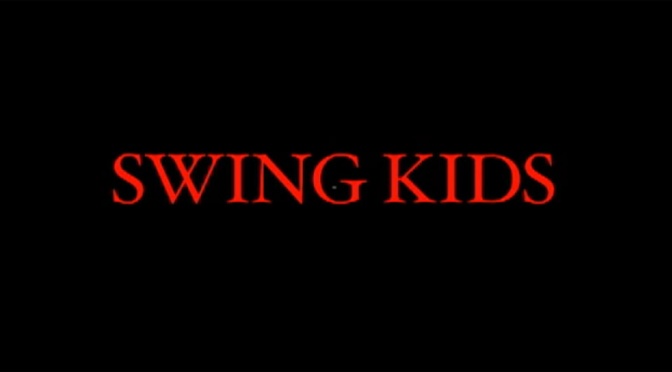 In Thomas Carter‘s bold coming of age melodrama, three friends find themselves having to become men in a world being ripped apart by hitler’s iron hand, when all they want to do is dance the night away to Harlem jazz. Sadly they are children of a world that they didn’t make, but the free spirits find themselves in trouble and soon swinging to the mantras of a fascist regime.

Carter seems to have this habit of working on lots of TV shows then cracking out a startling film usually entangled into a taboo or some kind of controversy like his later hit Coach Carter (2005). END_OF_DOCUMENT_TOKEN_TO_BE_REPLACED

Based on: The Walton Experience by Travis Walton

After a decade of making dramas tinged with politics or romance, Lieberman took a step out of his comfort zone for this creepy film based on a the alleged accounts of an alien abduction survivor Travis Walton and this life after returning to earth.

The film starts out innocent enough when a group of life long friends are returning home from work in Snowflake Arizona, when Travis (Sweeney) is abducted by lights in the sky, the friends freak out but Mike Rogers (Partrick) reports that Travis has been abducted by aliens, this sparks a rugged local sheriff (Garner) to think that Mike and the others, were involved in Travis’s disappearance. after a lot of nervousness between the men who are reporting the incident, taking their unreal fear for guilt he approaches with a fairly open mind but believes he just needs to find evidence of a misdemeanour. END_OF_DOCUMENT_TOKEN_TO_BE_REPLACED 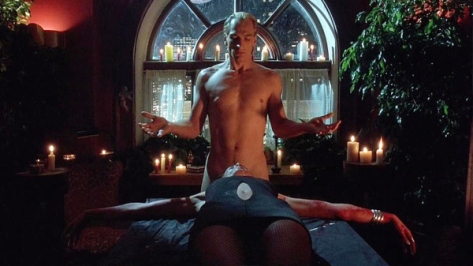 Warlock (1988) was an amazing film, with a host of rich histories and wonderful effects which became the dawn of a gripping new evil villain with charm and tons of sex appeal; while this film really broke the horror fantasy world apart, it’s sequel, while being a bit more soppy and sentimental, did deliver some gruesome body horror for it’s delightful bad guy, acted by the amazing Julian Sands but without a fiesty hero originally played by Richard E Grant, the film lost some of it’s edge for a more whimsical teen duo who think they can outsmart the Warlock.

The original Warlock film started in the dark ages in Britain, but the keyword for Warlock 2 is Druids and magical stones, an aspect which would make most horrors laughable but Hickox managed to rein back the wands and fairy dust for a touch of the macabre. END_OF_DOCUMENT_TOKEN_TO_BE_REPLACED

END_OF_DOCUMENT_TOKEN_TO_BE_REPLACED 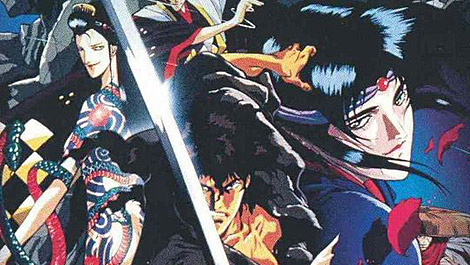 I can’t believe this is my first Manga installment on the blog, but I have to start somewhere and I would have believed it would be with Akira (1988) or something cyber as that was always my main attraction to Japanese animation and Akira literally blew my away for years I was sketching scenes, trading cards and obsessing over rebuilding Tokyo.. but eventually I got into some other genres and then left it all behind when it became tooooooo computerised and cute, and err popular.. Hipster am I yes. END_OF_DOCUMENT_TOKEN_TO_BE_REPLACED

Zed has only just arrived in the beautiful Paris and already he’s up to no good. Having just slept with a call girl, he spends a night on the town with his dangerous friends

The movie starts out with the iconic cars scenes shot in the back streets of Paris, one of the only parts of the movie which was actually shot in France.

It was quite iconic along with a lot of early 90’s movies to have that sense of “Libertie” that Paris is supposedly all about, like Nikita and Betty Blue smashed together with films like Reservoir dogs

It addresses the language barrier quite early on.  Most of the cast will speak English when asked to unless they are going to be a pain in the ass like the concierge for example. Although you are pulled through the movie along with Eric Stolts and it’s presumed that you don’t speak any French either. It’s at this early stage of the movie that your introduced to Zoë’s character and this is when the stage is set, who and how is Zoë going to be killed. The sex scene that follows curiously has slips from the 1922 Nosferatu in it, not entirely sure why. The scenes are mostly the arrival to Whitby and the death scenes, so it loosely relates to the arrival of Eric to France, the falling in love with Zoë and ultimately death??

There are a lot of connections between this movie and Reservoir Dogs, three main factors are that RD deals with the before and after of a “job” where are Killing Zoë deals mainly with the job itself, it’s like they are alternative chapters of the same story. Also there is the Epic Tale, In RD it’s Tim Roth telling a story about a faux gangster toilet scene, killing Zoë is a bit more poignant as the joke that Bruce Ramsey/Ricardo tells is about a prostitute and its overhead by Zoë who has pointed out that she’s not a prostitute which is obviously a sore point for her. Finally there is the scene where the cop if fucked up by Michael Madsen/Mr Blonde and the security guard is equally tortured by the bomb blast during the robbery.

From the beginning of the film Eric/Jean Hugues points out that he doesn’t want anyone getting AIDS, obviously this was around the same time that Diamanda Galas was bringing awareness to the “plague” and it was big news worldwide. Again the movie is right on the pulse of Generation X’s thinking.

It’s still a mystery at this stage as Zoë has been kicked out of the hotel and you don’t see her anymore, how the hell does she get killed now?!

Religion.. I didn’t want to mention this as I don’t think it’s the correct reasoning. But I’m not an expert on the colour of bank vaults, maybe they are all painted red. I think it relates to the decent into hell and madness of the main characters. From the first scenes of the film when Eric/Zed is being taken into his hotel room the Red White and Blue colours are prolific throughout the film. It really is about the essence of France. Everyone is trying to show Eric/Zed the REAL FRANCE. Everything at first is predominantly blue with hits of red and white. The hotel/jazz club are all mostly blue in tone, then from the bank job onwards everything gets really red, as the pace quickens and the blood starts to flow.

Back to the religion side,  of things, the first three characters could be Zed/Jesus Zoe/Mary Magdalene and Eric/Devil. Some of the imagery of him as the devil I think is amazing like the black suit, red background when he is in scene the shot where he flicks his lighter it like the fire/sparks come from him. He just needed some horns!

I have wondered what another sequel would be like, sadly there will never be another Killing Zoe as most of the characters situation, although a follow on could possibly happen as a prequel.

It has a great soundtrack by Tomandandy especially the Canaan song which is based on an old traditional medieval song. BUT it doesn’t appear on the OST. There is a version sung by a dude but not the one that appears in the drive out ending scene, not quite sure why I’ve tried to find it online but it seems the only version that exists is a recording of that final scene!! That’s what I had to do to listen to ..

There is also a cute unaccredited cameo by Ron Jeremy and something I didn’t realise is that Tom Savini did the special effects!? WOAH!

There are some really nice comedy moments in this psychological breakdown between the two friends. We never really work out, Or I never really work out why it’s called Killing Zoë. There are theories that the blood from Eric/Jean Hugues covers them at the end of the film and therefore Zoë will die from AIDS but it got everywhere, he was fucking Tai Thai as well so he’s gonna die from AIDS too if not from the bullet he took in the gut. So it’s really not about Killing Zoë. It’s probably a good time to point out that Zoë is a Greek word for life!? Who knows.