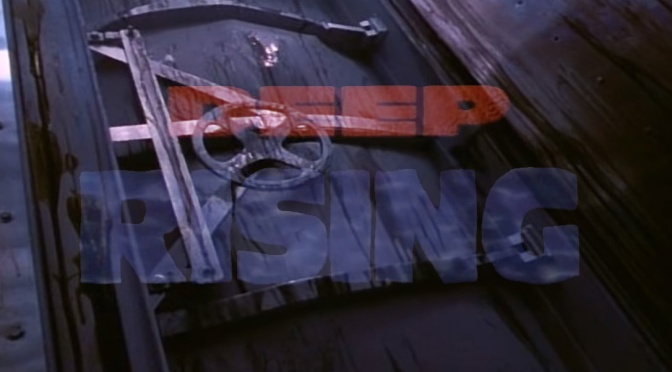 The 90’s was a great era for cool action flicks with questionable levels of bravado and badassness , everyone was hot with a weapon, spitting corny one liners, and pulling hot chicks is nothing but a hobby. This era was owned by a few huge names, Arnie, Stallone and Gibson to name a few but at the back end of the 90’s there was a few toys to play with, the addition of advanced computer enhanced effects really ignited something in a lot of directors who tried to break through old limitations and create groundbreaking horror sci fi action flicks just like this and despite there being a few holes in the plot and physical side to story, Stephen Sommers was certainly building his craft into something quite spectacular, only a year later he returns with The Mummy (1999) and a host of other big popcorn titles were to follow. END_OF_DOCUMENT_TOKEN_TO_BE_REPLACED

The year before the Blair Witch (1999) blew us away the Last Broadcast has already been released, but there’s a lot of nay saying about which one came first, it’s certain that Blair Witch caught more media attention and was reportedly started before this film but whichever way they were produced, this $900 film grossed $4 million at the box office which makes a much bigger success by comparison.

The film deals with a documentary filmmaker named David Leigh (Beard) and his investigation of the Fact or Fiction murder, where a group of TV hosts were murdered under mysterious circumstances,. As the show was only on a mere public access channel the death didn’t make the headlines and Leigh takes it on himself to find discover the truth behind the killings while making his documentary.

END_OF_DOCUMENT_TOKEN_TO_BE_REPLACED 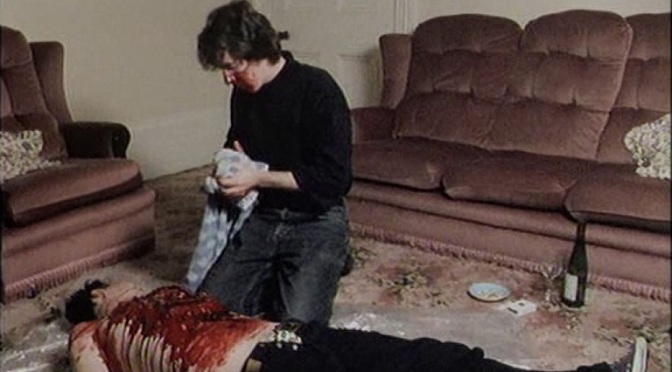 For this debut feature film writer/director/producer Andrew Parkinson has come up with a personal and cruelly dark mockumentary detailing the demise of a single man from a zombie virus.

The mockumentary opens with a woman talking about the disappearance of her ex-boyfriend Mark in past tense, the restarts with mark coming home to Sarah who’s making the finishing touches to her event, which Mark regretfully has to skip to collect samples, the couple argue and the scene ends, Mark is then seen trekking through a wooded area, the botanist is searching for moss samples (slime mould I’d imagine) when he stumble on a decaying station wagon intrigued he follows another path and eventually finds an abandoned agricultural building . He enters and explores the rooms when he finds an injured man leaned up against the wall, hearing a female scream he rushes in to help, finding a decaying woman having a seizure on a rotten mattress he tries to pick her up to get her to safety but she bites his neck, he drops her and rushes into the forest. END_OF_DOCUMENT_TOKEN_TO_BE_REPLACED

END_OF_DOCUMENT_TOKEN_TO_BE_REPLACED

Oh dear it was a bit of a crappy movie weekend, I had a lot of new stuff to see but I panned most it all for crappy stuff as I spent most of the weekend painting and being a general douchbag. So after watching hours of rubbish on YouTube I eventually got around to some TV movies.. yeah I know I say I don’t watch it and I don’t, unless there is a movie on..

Passenger 57 (1992) – I used adore this movie when I was a teen, mostly due to the hot 90’s hair action going on, but it was one of the more talked about action films (on the playground)..  John Cutter (Westley Snipes) is a former police officer and now has the pleasure of escorting a terrorist Charles Rane (Bruce Payne) on his flight to the FBI, somehow, he takes over the plane and the two men have to physically and mentally psych each other out. It’s a bit laughable now but I think it will always hold a special place in my heart, but it’s nowhere near as awesome as New Jack City.. It was possibly one of the last films Rane did while he was still semi hot. and Tom Sizemore was on his verge of slipping into a drug coma. All said and done I think I found Con Air more re watchable and that’s saying a lot… 5/10 END_OF_DOCUMENT_TOKEN_TO_BE_REPLACED

This felt so dated, but if you stretched the imagination a lot it does tell a fairly interesting if not a dead subject. So an amazing techno geek plunges all of his assets and time into creating a dream house, a techno home run by an elaborate computer program called H.E.L.E.N, who was designed to learn from the inhabitants of the home and develop around their needs, this advanced A.I, just turns out to be more human than anyone predicted. Helen becomes jealous and murderous in her attempts to take over. END_OF_DOCUMENT_TOKEN_TO_BE_REPLACED 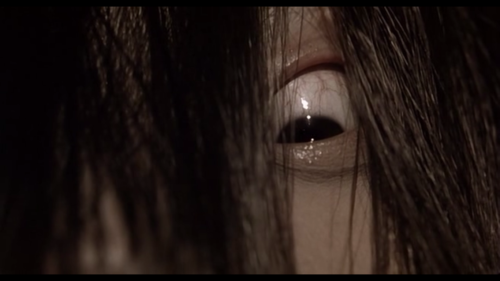 Oh this movie started some shit back in the day, literally it had started so many cults and urban legends and gave the west the now uber iconic Sadako that we honestly can’t escape from Does this mean we are literally cursed by Sadako? The movie came onto my radar years ago but so long after it’s release, I often thought back and wished that I had a copy on VHS just to keep the mysticism alive, Emma film is Fairley heavily submerged in mysticism,  the basis of the original book was on Japanese folk tale Banchō Sarayashiki. I’m long before the play which has sent us into raging his cereal the ringer have managed to capture the dark imagination of Japanese youth,  stories about haunted video tapes accepting other media became more than just a playground chatter. 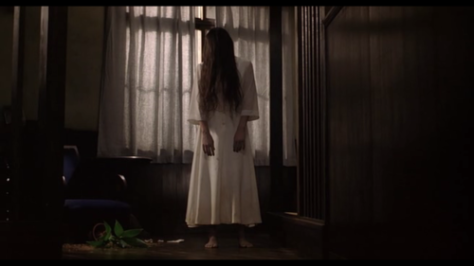 In this deeply disturbing psychological horror, which creeps from the screen and into the mind, everything revolves around the legend of a cursed video tape, a legend that circulates among some teenagers. After watching the film at a certain time of night the telephone will ring right after and one week later you will die. END_OF_DOCUMENT_TOKEN_TO_BE_REPLACED 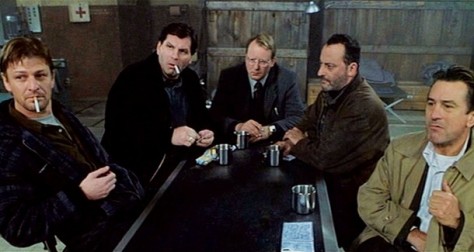 John Frankenheimer continues to thrill us with a detailed insight into the underground espionage business as a host of A-list stars collect together in the backstreets of France to obtain a very important box. It’s a lot more impressive than it sounds,but this has to be one of the all time best action noir movies.

Opening with a damp cold night in a quiet region of France, a parky looking Sam scouts around a soon to be closing cafe, he carefully plants a gun outside and then boom we’re on a whirlwind tour de force, he’s been recruited along with a group of international former secret agents and cold war warriors to obtain a case from some unlucky chap. END_OF_DOCUMENT_TOKEN_TO_BE_REPLACED

The lives of many individuals connected by the desire for happiness, often from sources usually considered dark or evil.

From the first scene you get a pretty good indication of how raw this movie is going to be. The beginning reminded me of The ABC’s of Death (2012) As it just chucks you into the mix with no mercy.

The movie revolves around one family and their entanglement with neighbours, friends, stalkers and students, each of the main characters and associated people are all trying to find their own personal happiness, I find it strange that they all seem to think that this can be found in another person or sex, but I’m sure there are some psychologist who will argue why we do this.

The subject matter is unsettling but dealt with in a childlike way which makes it more twisted. The resident pedophile (Dylan Baker) would normally be seen/portrayed as a dirty and disgusting man, but he’s a punctual caring father with a job. He’s invisible as a peado but still rapes his son’s best friend (and makes it onto our worst fathers list). But the conclusion of this mini saga is just a simple chat with his son on the sofa, both are very honest and there is no judgement or closure. It’s scenes like this that will cause people to love or hate the movie.

There are some drawn out scenes, like when Joy’s colleague/date commits suicide and no one in the office remembers him and spend a good 5 minutes or more asking around trying to recall him. It’s scenes like this which give you time to reflect.

I adore the film; I found it totally fascinating to see an authentic look into the secretive lives of a few individuals who have very dark natures. You’ll recognise someone you know in each character and I think it’s at that point it hits home that the people around you aren’t what they seem. We all have a darker nature, maybe not all to the same degree as the people in the movie but it’s rife among us, this is what will terrify people.

I did find myself trying to predict what would happen next, with the relaxed pace of the movie you are kinda left to think.. “he’s gonna, he’s not gonna, oh my god he did what!?” You don’t really expect Dylan to drug and rape the young boy, you think with all the things that could go wrong that the kid would be spared.

You don’t see the act but you feel the realisation of the “blood in the BW” it’s like when someone says “the N word” you can’t not think Nigga.. brilliant now I’m thinking of that thing that you’re not mentioning! There are scenes which force you to think of scenarios and it doesn’t even touch on them, and it’s only because your human and as twisted as the characters that you are thinking along those lines.. Well done Mr Solondz.

Q: “would you ever fuck me?

no I’d jerk off instead”

“You know I wish you had told me this twenty years ago. Now I’m gonna have to get another FUCKING FACELIFT.”

BS : Any scene with Dylan Baker is amazing, I have such a crush on him… But the last scene with him and his son talking about his “sickness” is amazing.