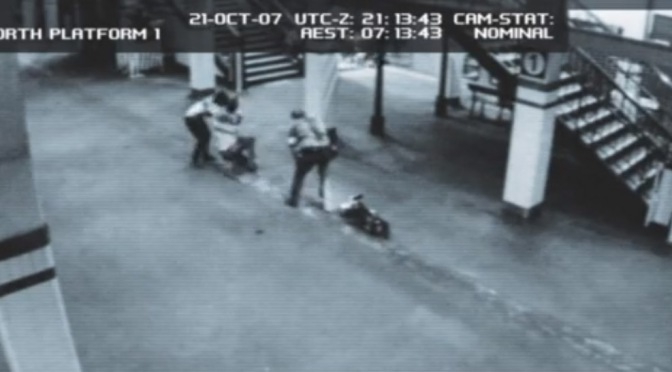 One of the popular and more believable sub genres within the found footage style is the bold and daring mockumentary, a no brainer really as there’s a perfect set up for a found footage project, but one which can really push the boundaries of faking scary adventures, after all there’s a dedicated team of professionals filming, usually with a decent budget and scope for a story and their drive to tell the truth is pretty powerful, almost forcing them to push beyond normal boundaries, but what makes The Tunnel such a winner is it’s connection with real life concerns, ie tackling homeless people driven into underground networks, and how it keeps its feet firmly on the ground without going into the extreme bizarre in order to scare the audience.

Filmed after the event, the movie cuts between timelines before, during and after the underground expedition, and the recordings quite seamlessly blend with each other, various CCTV footage and one chilling phone call. END_OF_DOCUMENT_TOKEN_TO_BE_REPLACED

Back in 2011 the warrior was quite a breakthrough movie for the time. While it remains an emotive glance into the lives behind the men in the ring, as does for MMA what the Wrestler did for.. wrestling I do wonder what the movie would be like if made today after the UFC explosion of talent and headline grabbing antics. END_OF_DOCUMENT_TOKEN_TO_BE_REPLACED

This brutal Australian serial killer movie is a slightly overbearing,  a nearly unwatchable portrait of a gruesome man and a blighted community with his smug smile and ability to sweet talk a community into assisting his plot to torture and kill.

Justin Kurzel’s cold nightmarish story based on the timeline of killing of Australia’s most notorious serial killer focuses more on the town and folk surrounding him, in particular a young teenage boy forced into his grisly covert operations. The title reflects the wintry name of the south Australian Townsend in which all the murders were carried out. Kurzel’s camera hovers around the dated dinner tables and community halls sneaking a social eye over these events where a cunning jackal like predator twists and turns the perceptions of “innocent” folk to help him track and pin down people who he doesn’t believe should exit anymore.

END_OF_DOCUMENT_TOKEN_TO_BE_REPLACED 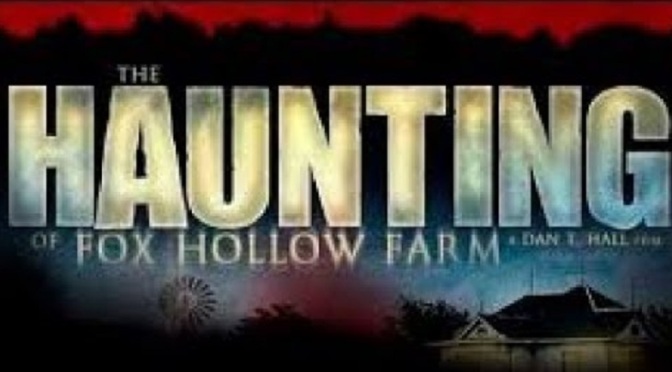 It wasn’t really clear if this was a documentary or some kind of found footage mash up of footage melded together like a music video detailing a surreal investigation into the home of a serial killer.
The director Dan T Hall has a range of spooky titles under his belt including Ghost stories, faces of Darkness, Ghost Stories: Unmasking the dead. But this, for me, really tipped the scale into absurdity. There’s no real clear direction into what’s trying to be achieved, no real detail of Herb and his antics, and flicking between women clapping their hands in the woods to imaginary tracing the steps of a killer every 40 seconds just doesn’t work for me. END_OF_DOCUMENT_TOKEN_TO_BE_REPLACED

No matter how crazy you can get in one lifetime; there’s one thing that is certain, that’s the fact that you’re going to need nourishment, this simple fact of life seems to be the driving point of this punk rock hop through body horror hell.

Alexandra Courtes has a long history in making music videos including that iconic monochrome dream that is Seven Nation Army by White Stripes, so he can create very stark and stunning aesthetics which he does in two different ways in Asylum blackout. Initially the world is a bleak white world of aesthetically clean halls but once the lights go out it’s an insipid black nightmare. But aesthetics aside there’s a lot of crazy people doing some fucked up shit in the later half of the movie which takes some sudden psychological turns and keeps it’s audience on their toes. END_OF_DOCUMENT_TOKEN_TO_BE_REPLACED

Italian director Paolo Sorrentino emerges with some triumph as one of the masters of modern cinema with this English Language film This Must be the Place, starring Sean Penn as a Robert Smith inspired aged rock star Cheyenne. Retirement doesn’t bring as much action as the rocker passes his time living a non existent life in Dublin spending his days alone in his mansion or with his best friend Mary (Hewson) while his American wife (McDormand) is content with her job as a firefighter.

The approach is superbly elegant and has a mix of looming camera movements and bursts of dynamic action mixed with Penns dry humor that sinks into a hallucinatory landscape, which at points is so massive swallows up the characters. END_OF_DOCUMENT_TOKEN_TO_BE_REPLACED 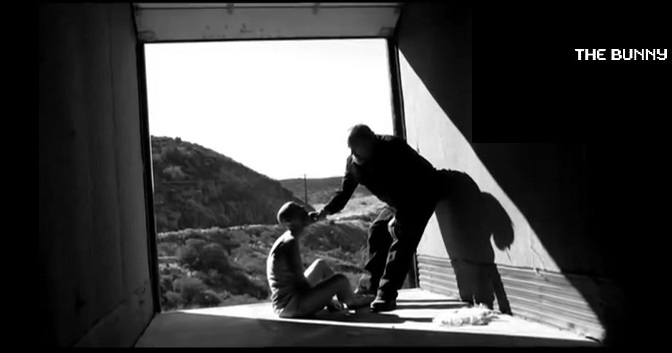 Bunny is doing ok, scoring some dates and drugs, she take a break, has a snack and gets back to work, later on in the day she does a bit too much oh the ole white and is robbed, coming around she realises her last date took all her cash and stash. Devastated she sobers up a little and heads out to start all over again. But her luck has run out and she end up climbing into a van with Hog. At first he appears to be a an old trucker who might be interested in a bit of old relish but soon he’s huffing gas, and chasing Bunny through the desert wearing his leather pig mask. END_OF_DOCUMENT_TOKEN_TO_BE_REPLACED

A muted drama with a dark undercurrent.  A group of guys are spending time together chilling in a cabin located in the Canadian wilderness, when the dog gets lose, all three guys head out to track her down but while the roam around the the forest they soon realise that they are being stalked.

For the most part of the film Paul (Gallo) and George (Smyth) search for the dog, there is a third friend who’s with them for a short while but he returns to the cabin early on and from what I understand this character is the Director Jamie Tracey?  The two guys have many a heart to heart while getting lost in the woods. With their friendship in question they pull apart and soon club together for safety, finally realising how much they mean to each other, but this bromance is in question when they notice something is tracking them, a dark figure looming vaguely in the background, “was that a bear?”. With limited ammunition and only the one rifle between them they do their best to make it back to the cabin alive. END_OF_DOCUMENT_TOKEN_TO_BE_REPLACED 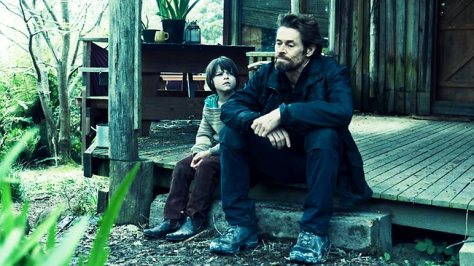 Based on : The Hunter by Julia Leigh

It’s not often a wild storyline produces such a masterpiece of a movie but there’s a lot to be amazed about in this redemption thriller surrounding the extinct Tasmanian tiger a biotech company and a hippy conservationist family living in the Australian sticks.

Heavily based on a book of the same title by Julia Leigh, the film managed to capture the essence of the original novel and sets it perfectly in the lush wilderness of Tasmania, it doesn’t look like the typical Australian film and is quite refined, with it’s far out story, which is empowered enough that at times it’s easy to find it plausible.

A weathered and extremely diligent mercenary, Martin David (Dafoe) is hired by a military biotech company called Red Leaf to go to Tasmania, gathers samples of the Tasmania Tiger, with a further instruction to kill all the reaming tigers so their rivals won’t be able to get ahead of them in the game. Now I’m pretty sure that the Tasmanian tiger has been extinct since the olden days, the last remaining tiger looked as if it were photographed in the late 1800’s to my untrained eye. But here we have a race to a fabled last remaining tiger and to harvest it for a lab. END_OF_DOCUMENT_TOKEN_TO_BE_REPLACED

The found footage Canadian thriller stars Nick Stahl and Mia Kirshner as an unhappily married couple whose lives are turned upside down after they are tracked and eventually infiltrated by an unknown stalker. The film has a low key release and is fairly average in most aspects. END_OF_DOCUMENT_TOKEN_TO_BE_REPLACED