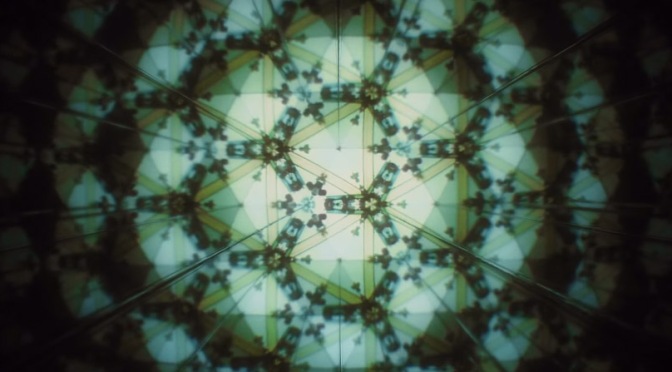 Rupert Jones, brother of lead actor Toby Jones, has curated a chilling deep cerebral exploration of an ex-con’s relationship with his domineering mother as he attempts to reason with a new insurrection and the secrets of his past. Kaleidoscope is only shy of being perceived as disturbing, because of TJ’s amazing character portrayal of a shy man searching for love. This down to earth portail is so poignant and beautiful raw, that the mystery surrounding his latest date is ever intertwining through reality and fantasy beings to pale in comparison. Maybe the two brothers working together was one of their best moves or maybe they are both just so brilliant at what they do anyway?

END_OF_DOCUMENT_TOKEN_TO_BE_REPLACED

Gore Verbinski’s hellish story of entrapment in a world filled with mysteries and a strange folklore is full of  disturbing quirks, but not enough to really step the film into the realms of greatness but instead it just comes off as  a bit weird.  The plot follows a young executive, Lockhart (DeHaan) who, after a misdemeanor at his firm, is sent to retrieve the company’s CEO, who is currently staying in a rehabilitation centre in the Swiss Alps. During this trip there’s hints of a sinister chapter from his childhood that still influences his life, but once he enters the secluded grounds of the wellness centre a dark fairytale atmosphere begins to take over.

Written by Ira Levin who gave us such classics like Rosemary’s Baby (1968), Stepford Wives (1975) and,  The Boys from Brazil (1978), but the biggest influence on the story is Thomas Mann’s 1924 novel, The Magic Mountain  (German: Der Zauberberg) . A book which does feature in the movie, those with a keen eye  may spot it, is already considered to be one of the most influential works of twentieth-century​ and centres on  a man unravelling a complex story from the backstories of key characters that he meets in a similar spar in the Alps. The war that’s faced in the novel is a World War, whereas Lockhart’s war is initially within him.

END_OF_DOCUMENT_TOKEN_TO_BE_REPLACED 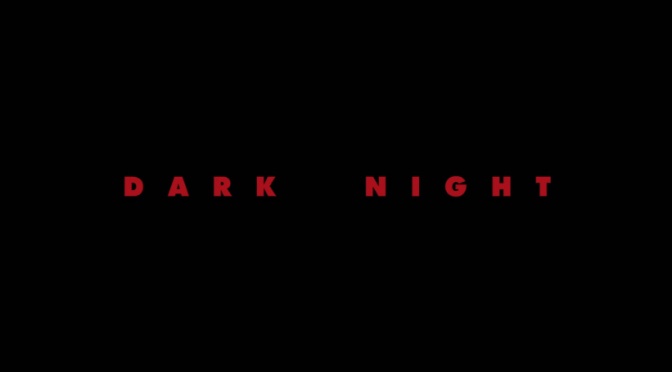 Dark Night is an incredibly slow movie. Not necessarily a film in slow motion or involving lengthy still shots, but one which whimsically dances around the mundane sequences in the lives of it’s subjects instead of explaining exactly why they are important. The (unwanted) insight into the lives of a group of people who are all present on the night of a screening of an infamous Batman film that would go so terribly wrong when a deranged individual opened fire with bullets and tear gas. Many people will be more than aware of the case, one of the biggest one man shooting events in living memory. Tim Sutton has managed to bypass the hype and politics by somehow going back in time outlining the normaily before the shooting, trying to pay homage to the victims and show how fragile life is in a moody thought provoking arty drama, frequently highlighted with Robert Jumpers haunting stare.

END_OF_DOCUMENT_TOKEN_TO_BE_REPLACED

Considering how popular Found Footage movies are, I’m surprised that this hasn’t been done by a bigger studio. Our fascination with watching online train wrecks, drama and spooky videos are all satisfied with this somewhat inventive horror that starts well but sadly falls into too many horror clichés before burning out.

The budget seems to have been spent on Bill Moseley 5 minute intro where he plays a priest performing a fairly clumsy exorcism on a young girl in the basement of a house, the lords prayer is used instead of Prayer to St. Michael the Archangel, and a few lines are missing, the scene is shot well but doesn’t make sense, at one point the girl with all the stereotypical garb, long dark hair, spewing Latin and a long white nightgown, levitates and attacks, everyone just watching her or running away and she’s only challenged after dispatching the unfortunate man not before. Personally I’d have believed the scene more if Mosley was the possessed and not a priest, could you imagine letting him rip in a role like this!!?? Either way the exorcism is an utter failure and the filming of it leaks out and sparks some interest from a young man who desires something meaty for his theology homework assignment, after investigating the original site and getting spooked by a potential haunting, he devises a kick starter to return to the site and actively offering himself up to be possessed on a live web cast. END_OF_DOCUMENT_TOKEN_TO_BE_REPLACED 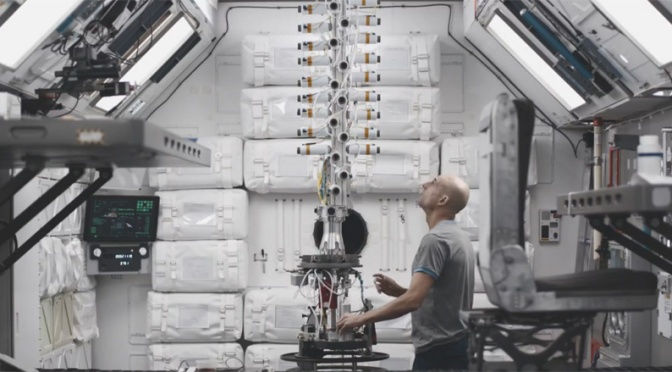 Previously Ad Inexplorata “Toward the Unexplored“

A deeply philosophical sci fi drama that borders the aesthetics of lo fi and challenges a lot of immortal questions about mankind exploring anything about the world around them as well as the wells of unknowns from within.

There’s a ton of highly sophisticated looking tech and a groundbreaking invention at the centre of this one way trip into the void. But Director Mark Rosenberg is more focused on creating an intelligent and driven character and isn’t happy until he’s peeled back all of his layers to get the most intimate look into a fictional character that I’ve seen in a long time. Apart from his pet project, which literally milks water from rocks, the rest of the tech isn’t the shiny fan dangled aspect but Captain William Stanaforth (Strong) does know this machinery all too well inside and out but it doesn’t mean everything is going to run smoothly despite his expertise.

END_OF_DOCUMENT_TOKEN_TO_BE_REPLACED

Philip Escott and Craig Newmans movie is an intensely controlled, beautifully raw and a bittersweetly acted account of the systematic hunt and brutal murder of an innocent autistic teen. Richard Pawulski plays a peaceful young man, Danny, who heads into the countryside for some camping, ethical fishing and to enjoy the solitude for this Duke of Edinburgh award, but unknown to him, an enamored Julia (Martins) has lied to a violent and jealous Nicholas (Miller) about Danny having sexual relations with his (now) ex, this lie starts to spread and grows into Danny being a pedophile to encourage another friend to help them track him down and teach him a lesson. END_OF_DOCUMENT_TOKEN_TO_BE_REPLACED

There aren’t many movies series that I fangirl over but the ABCs of Death and VHS are certainly anthologies that I got my teeth firmly into. I had lost hope for a 3rd part to turn the duo into a trilogy, and in my haste I didn’t realise this strange collection has been compiled. It definitely seems to be a marmite movie, but if you enjoyed the previous then you’ll probably see a lot of charm in this selection of movies which seem to be just as creative and diverse as the rest.

During the original submissions, there was an outstanding amount of M’s submitted, and this ABC, is really an MMM as it complies the 26 favourites from the M list, which begs me to ask why the hell isn’t there a box set of 26 movies for each letter in an epic box set, but alas we have the MMM’s of death to enjoy for now. END_OF_DOCUMENT_TOKEN_TO_BE_REPLACED

For a directorial debut things can’t get much better than this enlightened and powerful independent movie about grief, revenge and the harsh deeper side of the occult. An obviously distraught and confused mother, Sophia (Walker) rents an isolated house in rural Wales to try and convince an angry and unhinged occultist Joseph Solomon (Oram) to lead her through months of grueling rites in order to summer her Guardian Angel to grant her a special favor after her son was abducted and murdered, all she wants is to talk with him again.

Sophia follows the rules to the letter, collecting large amounts of supplies and spending thousands just to entice Joseph to the house and after some rugged persuasion he begrudgingly agrees but has reservations about Sophia’s motives but she is persistent and pretty durable, and she grinds through the punishing exercises, changing her diet, and begin soaked with chilled water, denied sleep and spends hours learning complex sigils and rituals. All the while in the dim secluded house that’s alien to them both and is constantly creaking and being generally creepy, Joseph remains a moody occult guide and rude rule maker, reading from the Book of Abramelin, and making some things up to help him keep his mind in the game, usually involving Sophia’s naked body.. Meanwhile Sophia doesn’t see enough results for her hard work, but ever so slowly the magic starts to work, or is it all a result of the demanding time locked away in the house with a volatile and pushy occultist?

END_OF_DOCUMENT_TOKEN_TO_BE_REPLACED 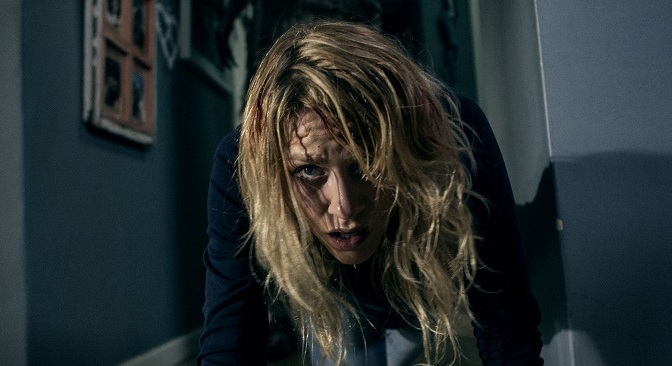 Not remembering where this came during the more recent spate of social media horrors, it seem that the idea of the supernatural being broadcast and manipulating people through the internet isn’t something new but something that works better on paper or maybe by being narrated on YouTube on the Creepypasta channels. But this English language German horror does offer some brilliant jump scares but lacks the substance in between.

Laura (Debnam-Carey) is one of the more popular kids at college, who lives a privileged and beautiful life, one day she accepts an online request from a loner called Marina (Ahlers) the two strike up a friendship, albeit it at arms length when Laura notices the dark and disturbing imagery on Marina facebook page. Laura starts to notice how possessive Marina is getting and lies to her about an upcoming birthday party claiming it’s going to be a quiet one but the photos of her enjoying a lavish dinner date with her friends and family get uploaded and Marina confronts her in the dinner hall, as the argument gets heated Marina hood falls down revealing a bloody scalp from her habitual hair pulling. END_OF_DOCUMENT_TOKEN_TO_BE_REPLACED