There seems to be a modern push to make a shark film that’s more frightening than Jaws (1975) and 47 Meters Down attempts to put a couple of holidaying party girls in the driving seat against a deadly toothy beast resulting in a laughable popcorn “thriller”. Initially there’s no real build up as with the classic Jaws so really the connection should stop being made? It seems that after being jilted by her lover for being boring, a young girl is talked into going on an adventure swimming with sharks. “Think of the pictures’ ‘ It’s never clear if this is supposed to win her ex back or just make him jealous but think about all the other health implications too Karen!?

END_OF_DOCUMENT_TOKEN_TO_BE_REPLACED 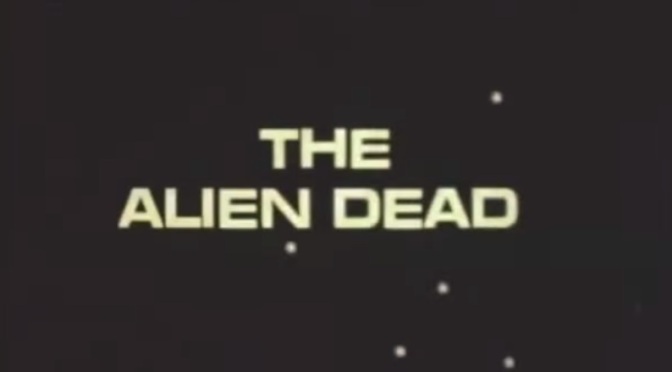 Mind bending retro sci fi horror, featuring gator eating alien zombies that lay siege on a quaint rural southern town where a journalist ends up in a dead end town that seems to be running out of gators only to stumbles on the story of a lifetime.

They came from outer space to eat the living!

END_OF_DOCUMENT_TOKEN_TO_BE_REPLACED 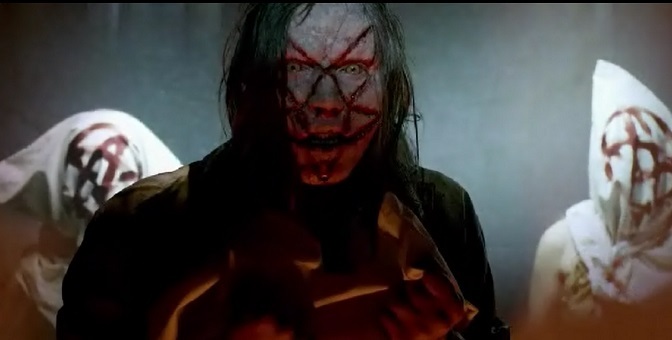 Just when you thought it was safe enough to guard an abandoned prison during the graveyard shift… There’s something about The Last Shift which really resonates with horror fanatics. A simple story which is the ultimate setting for a horror story is amped up with good old fashioned ghostly atmospherics and relies on practical effects, this is what the fans cry out for constantly and when it’s delivered it’s welcomed with open creepy arms!

Jessica (Harkavy) is left to her own devices while guarding a local empty and highly haunted prison during the night shift. and the night becomes a roller coaster of jump scares, poltergeist activity and moving family revelations.

END_OF_DOCUMENT_TOKEN_TO_BE_REPLACED 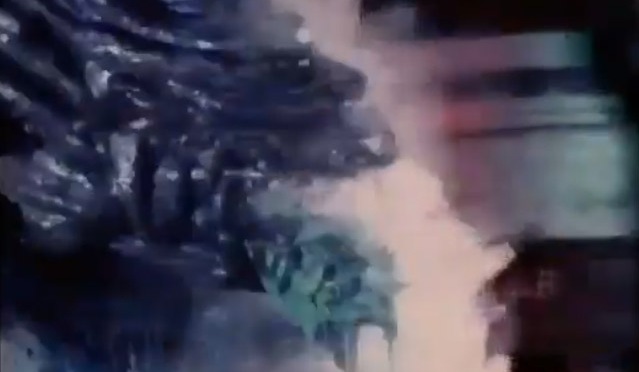 END_OF_DOCUMENT_TOKEN_TO_BE_REPLACED

I’m a big sucker for well planned trilogies, but if I don’t feel there’s much going for them, like the Matrix, I’ll only watch the first and last. Generally the 2nd movie is just fluffy filler, something to make the fans ever eager for the penultimate showdown. I like to see the set up and close down and I feel that I’ve not missed anything by skipping straight to the final chapter here. At last we all get some closure to a franchise that has a curious beginning, the ending won’t be much of a payoff.

END_OF_DOCUMENT_TOKEN_TO_BE_REPLACED

I fell out of love with fantasy movies for the surreal back in my teens, I still enjoy the genre but I live for the way out psychotropic pop surreal that goes that one step beyond. The fantasy genre is riddled with stories of dragons, maidens, cruel giant monsters, laws and riddles but going back to the standard western fantasy realm only gets a film canned as a tiresome Lord of the Rings rip off, so many attempts to bring Fantasy into the modern realm have challenged many a cast and crew, this silly bu entertaining project from X Files director Rob Bowman is interesting but slightly cringe.

After years of working the TV circuit Bowman branched out into a lengthy feature which resurrects a modern tale of dragons and legendary heroes, blending castles and helicopters, a tale of ultimate bravery and sacrifice unfolds. END_OF_DOCUMENT_TOKEN_TO_BE_REPLACED 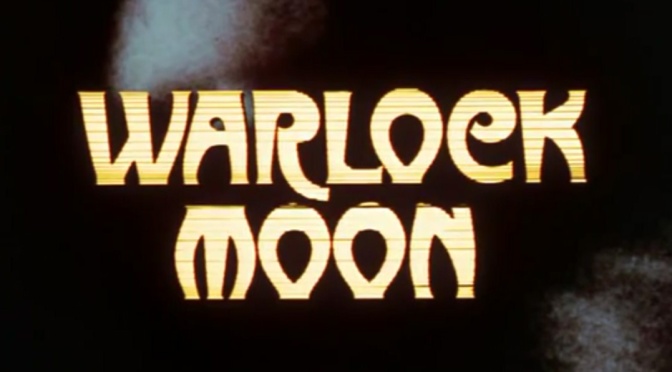 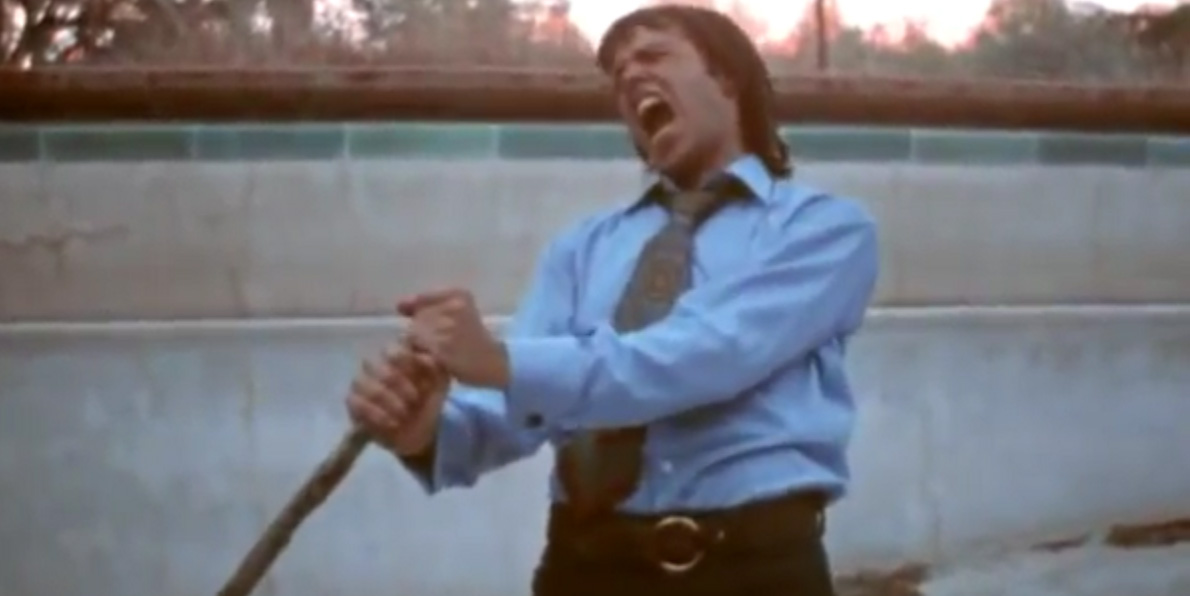 William Herbert’s confident homemade horror involved a lot of favours and dedication, but that’s what a lot of b movies are all about, making the most of what you can and creatively bending rules on public filming, it also helps to have a cast who are flexible and are fully dedicated to project, in this case, Edna MacAfee wasn’t allowed to wear makeup to enhance her old woman look and Walters and Spano were able to ad lib most of their scenes together which runs natural as they were a couple at the time. END_OF_DOCUMENT_TOKEN_TO_BE_REPLACED 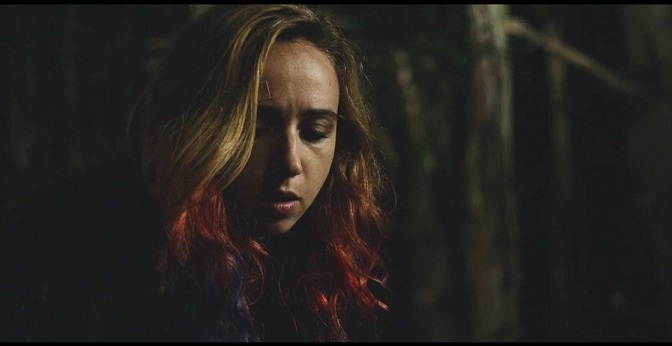 There was a terrible traffic jam and as the roads were dead I decided to duck into the pub and right across the road is the indie cinema soooooo… I took my pint over the road and got tickets for….

*47 Metres Down (2017) I finally found an indie cinema still showing this, I dunno why I wanted to see this and now I’ve seen it, I dunno why I bothered, after sitting down it dawned on me, this is a movie about a couple of girls in a cage in shark infested water, how much can you expand on that in an hour and 20 minutes…. but I like to keep an open mind. It starts out slow,  it takes 20 minutes before the sisters are on the boat. The backstory is irrelevant and the attempt to pull at the heart strings is isn’t needed but once they are out in the blue yonder under the guidance of Matthew Modine, who looks older but sounds exactly like Private joker and that’s a bonus as most of the film he’s a voice in their ears. The chum is chucked and the girls get dunked and with an hour of oxygen and an hour of movie the rest is supposed to be in pseudo real time. The film focuses on the girls after they get dropped to the sea bed, and bizarrely the great white sharks circling them don’t really get a lot of screen time, but this isn’t a scary shark movie it’s an underwater thriller, without any thrills…there are frights but there’s lots of puzzle solving and cute twist at the ending, you see it coming a mile on.. in fact it line up for this twist is as subtle as Conner McGregor but on the whole it’s just another underwater film. I wasn’t won over by it, it’s incredibly made and looks stunning but unlike something like Jaws (I didn’t want to mention it but…) which has a lot more storyline to it, I just don’t see myself watching it again.. but it was good to see at last but there is no treasure in this wreck 3/10 END_OF_DOCUMENT_TOKEN_TO_BE_REPLACED 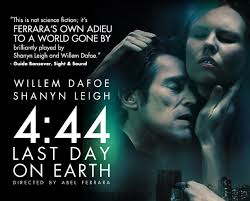 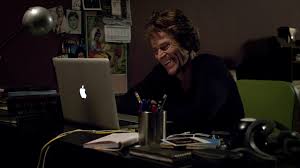 I had been looking for this film for some time, I rekindled my love affair with the unusual character that we know as Willem Dafoe when I watched The Hunter (2011) and Antichrist (2009) and remembered how his presence always added a bit of skinny charisma to any film. So I got busy on Amazon and started searching for his back catalogue. 4:44 Last Day on Earth came up and sounded like an amazing spiritual adventure, so it was the top of the list…. but it was strangely hard to find! Anyway I have it now and I’ve watched it and.. I’m not all that impressed. END_OF_DOCUMENT_TOKEN_TO_BE_REPLACED 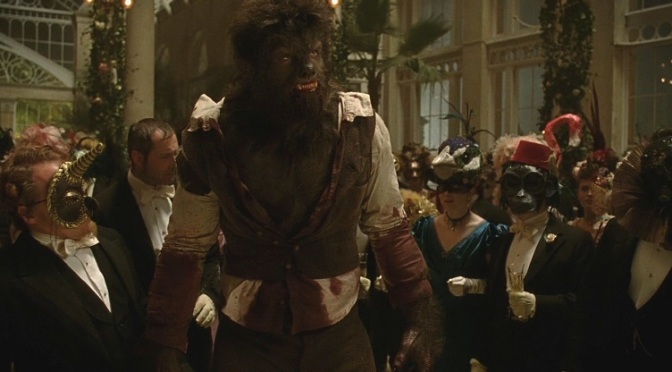 This gothic tale centres on the Talbot family and their estate in the town of blackmoor. Based in 1890s Britain. After the brutal murder of his brother, Lawrence Talbot (Benico Del Toro) returned to his family home from the theater when promoted by his brothers fiance Gwen.  Nothing has changed, especially and hatred between him and his estranged father (Sir Anthony Hopkins). Lawrence finds himself along; battling his mothers apparent suicide, his fathers coldness, the new desire of his late brothers wife, suspicious locals and the pursuant police officer to try and solve his brothers murder while the beast stalks them all.