How far can one man go into different realms before he literally finds himself? Site 1 unwraps with Matthews Phillips (Page), arriving at a secret location with a set of specific rules flashing up on the screen, his attempt to take part in a curious experiment. His personal intention is to discover the whereabouts of his brother who “went in before him”. While adhering to the rules Phillips ends up performing an elaborate ritual, but what is the aim and what is he letting himself into? After entering the home he finds a recorder, which alludes to more serious instructions which allude to a break in reality and the need to adhere to certain constraints in order not to slip through the crack himself.

END_OF_DOCUMENT_TOKEN_TO_BE_REPLACED 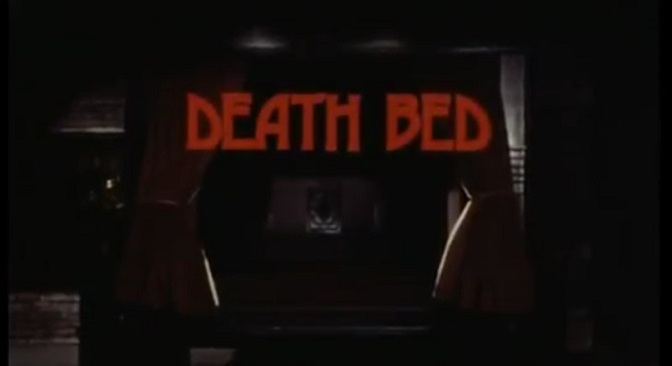 This film seemed to have been lost for some time, but it’s more recent rediscovery has given it a new lease of life, much like the ben in question.

How scary can a bed be? I remember Singer/Songwriter Tanita Tikaram casually mentioning that she was afraid her bed was going to eat her, she possibly saw Freddy Krueger shred Johnny Depp in Nightmare on Elm Street (1984) at an impressionable age. But weren’t w all scared of the monster under the bed in our infant years? So obviously a demonically haunted bed can be scary, and this adventurous psychotropic horror for me is one of the best ways to explore this outlandish piece of furniture.

END_OF_DOCUMENT_TOKEN_TO_BE_REPLACED

Selfie from Hell, started out as a 2 minutes horror movie that for millions of views on YouTube years ago, but now we have this full length feature that’s supposed to up the ante and the short answer is that.. “nope” it just doesn’t come across as being more frightening or more compelling than the horror short.

So some girl gets terrorised by a shadowy figure which is stalking her in her selfies, any other photo is totally fine but whenever she takes a picture of herself this dark monster begins to get closer, until one picture later and boom it’s upon her and while she’s now bedridden her “niece”? (I really couldn’t care for the relationship, the build up to this point was slow and .. boring) visits to help look after her, and starts to dig into the story and is soon hunted by the same entity but luckily she has a laptop and starts to find answers on the dark web… END_OF_DOCUMENT_TOKEN_TO_BE_REPLACED 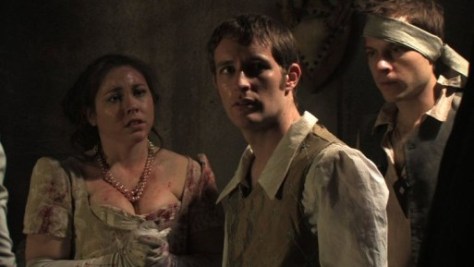 This indie Frankenstein movie has it unique charms but ultimately falls at a few hurdles before crashing through a dull and predictable ending.

Dr Frankenstein (Stephenson) returns to his family home with a new bride, a gorgeous black woman who is fluent in French and slowly learning English with his attentive sister,on returning to his family’s modest cabin in the woods his sister is enchanted to have a fellow woman around his blind father is a bit more reserved.While praying in the woods, Victors bride is murdered by a vicious monster, who then goes a step further and kills the rest of his family. Victor is aware of the monster and soon awakens to the reality that the monster is determined to kill any person Victor becomes attached to, but it doesn’t stop him, the prat decides to get married again to a young lady named Elizabeth (Shields) but to ensure that the wedding goes ahead without a hitch he hires some mercenaries to protect him and his bride. END_OF_DOCUMENT_TOKEN_TO_BE_REPLACED

This is a total no brainer horror, but one of the uncanny I’ve seen from this era for quite some time. at first it seems that it’s going to build into something special in that b movie kinda way but I feel this is one of the Sharknado, Icetastrophy, Zodiac of the apocalypse low budget flops of yesteryear that didn’t mature well.

A group of young people head into the wilderness for some “fun” mostly pratting around splashing water at each other and pulling stupid pranks but unbeknownst to them there’s a lunatic in a joke shop viking outfit that stalks the woods and kills tourist on a whim. Usually the teens are a bit more liberal, heading out into nature for sexy good times and probably ludicrous amounts of drugs, but back in the 70’s it was usually just a chance to make out. While there’s not a lot of naughtyness there is a fair amount of slashing, for a slasher.. So one by one they are stalked by this crazy guy wearing skins who lives off trash and the land, he doesn’t say much apart from some odd screeching but he can book it for a fat guy. END_OF_DOCUMENT_TOKEN_TO_BE_REPLACED

The year before the Blair Witch (1999) blew us away the Last Broadcast has already been released, but there’s a lot of nay saying about which one came first, it’s certain that Blair Witch caught more media attention and was reportedly started before this film but whichever way they were produced, this $900 film grossed $4 million at the box office which makes a much bigger success by comparison.

The film deals with a documentary filmmaker named David Leigh (Beard) and his investigation of the Fact or Fiction murder, where a group of TV hosts were murdered under mysterious circumstances,. As the show was only on a mere public access channel the death didn’t make the headlines and Leigh takes it on himself to find discover the truth behind the killings while making his documentary.

END_OF_DOCUMENT_TOKEN_TO_BE_REPLACED 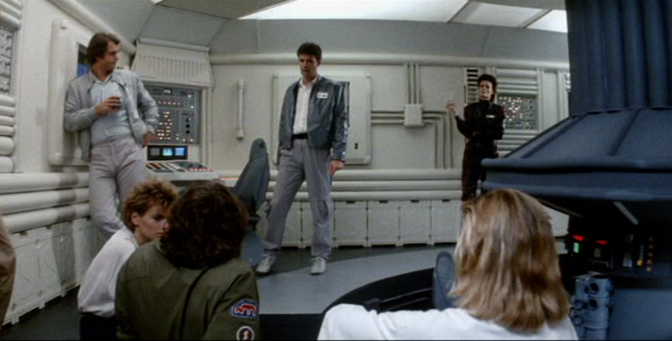 In a slightly comical prologue a pair of geological researches from an American corporation start investigations on Titan, one sits on an egg like container so his companion can take a photo and a pissed off alien rips him a new one later the geologists ship crashes into a station with the pilot having died in his seat, somes like something from Alien huh.. END_OF_DOCUMENT_TOKEN_TO_BE_REPLACED

(Loosely) based on The Howling Series of novels by Gary Brandner especially Howling III Echoes.

Have you ever woken up from a hazy dream and tried to piece it back together to make a story..that’s kinda how this installment of Howling plays out. Loosely based on the third Howling book, it’s set around the life of a unusual drifter who stumbles on the wrong town. Despite his natural ability to look like Charlie Chaplin he actually has a much more dangerous and darker secret, being part of the Howling series it’s no surprise really but there’s more, just follow him down the rabbit hole… END_OF_DOCUMENT_TOKEN_TO_BE_REPLACED

I get all giddy over low budget movies and this one I think has to be the cheapest movie ever made for a record £45! Well done Mr Price you are a legend! Shot on a camcorder this well written horror deserves the hype that it originally receive at the Aberystwyth Abertoir Film Festival.

The film is a study of the social break down around a zombie outbreak more than just being a Zombie film, while it had lashings of shock factors in it with zombies attacking a house party and some random attacks on British streets, the main protagonist is Colin (Alastair Kirton), just an average guy trying who get’s bitten early on in the film, the magic is that the film remains focused on Colin no matter what states he’s in. END_OF_DOCUMENT_TOKEN_TO_BE_REPLACED

For this debut feature film writer/director/producer Andrew Parkinson has come up with a personal and cruelly dark mockumentary detailing the demise of a single man from a zombie virus.

The mockumentary opens with a woman talking about the disappearance of her ex-boyfriend Mark in past tense, the restarts with mark coming home to Sarah who’s making the finishing touches to her event, which Mark regretfully has to skip to collect samples, the couple argue and the scene ends, Mark is then seen trekking through a wooded area, the botanist is searching for moss samples (slime mould I’d imagine) when he stumble on a decaying station wagon intrigued he follows another path and eventually finds an abandoned agricultural building . He enters and explores the rooms when he finds an injured man leaned up against the wall, hearing a female scream he rushes in to help, finding a decaying woman having a seizure on a rotten mattress he tries to pick her up to get her to safety but she bites his neck, he drops her and rushes into the forest. END_OF_DOCUMENT_TOKEN_TO_BE_REPLACED