There is something majestically beautiful about Roskam’s savage mafia drama. That sees a man fight against his own nature using the same tools that he applies to nature for his own gains. Usually Belgium is seen as a boring country where nothing really exciting happens, but even with the crime connections in this film, they aren’t peddling class a drugs or trafficking humans, nothing that dangerous or “glamorous” instead this mafioso gang are pedding steroid laden beef, typical farmer stuff but filled with meaty treats. END_OF_DOCUMENT_TOKEN_TO_BE_REPLACED

This second installment from Fabrice to Wells the pics of very different style of storytelling from here cult classic the ordeal instead he takes a more sentimental and deeper psychological step in the look and feel of this film something he touched upon in the final 20 minutes or so of the ordeal seems to be extended and flourishes among the foliage of Thailand in this taught drama. END_OF_DOCUMENT_TOKEN_TO_BE_REPLACED

I couldn’t wait to see this film!! I saw it advertised ages ago on YouTube constantly for some time then it vanished, completely no adverts no “hype” then suddenly it was being ushered out as fast as possible!? I’ve no idea what happened but I’m so happy to have finally seen it. It’s a treat for the eyes as much as pulling at all the heartstrings while it centres on the viewer’s moral fibers and grows.

Elegantly portraying the mental and physical transition of Einar (Eddie Redmayne) and the frantic struggles  of a confused and extremely loving wife Gerda (Alicia Vikander) and supportive best friend Hans Axgil (Matthias Schoenaerts). Danish Girl is one of those films that paints itself dramatically across the screen in subtle muted tones, Lili is an extremely quiet and shy creature who had developed; over time into Lily a female alter ego who is taking over. First therapy is sought, radiation treatment and psychiatrists give damning advice and pills, but eventually a doctor is willing to try some experimental surgery to finally give birth fully to this new girl and lay Einar to rest. END_OF_DOCUMENT_TOKEN_TO_BE_REPLACED 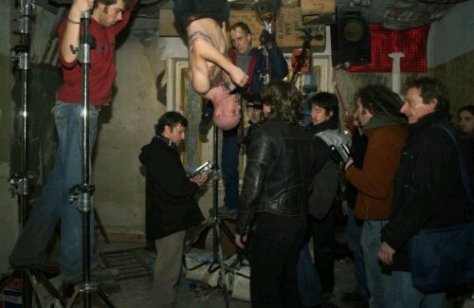