There was an amazing phenomenon back in 2008 when the original  Cloverfield (2008) movie was released, it was interesting and enjoyable but it started and ended so obscurely, but the mystery gained the film fans and soon it became a franchise. The sequel, 10 Cloverfield Lane (2016) is a brilliant, thriller, so very different from the original and yet so very scary with Alfred Hitchcock vibes but had hardly anything to do with the original film apart from the final 10 minutes. Looking forwards for a continuation of the story I was a bit shocked that there was a side step into the past but finally there is a reason why a giant bat-like beast appeared on the earth and took the head of the statue of liberty, but again this film has very little to do with the original movie, detail on why at the end of the review. Or just scroll on fanboy. END_OF_DOCUMENT_TOKEN_TO_BE_REPLACED 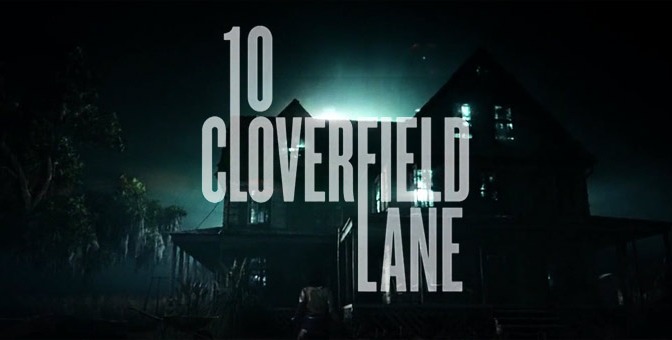 This has to be one of the most unpredictable and yet most anticipated monster sequel for quite some time. The return of Cloverfield comes with a heavy dose of Hitchcock as the young franchise steps away from the found footage shaky cam horror that made original so popular. Instead 10 Cloverfield Lane, originally called The Cellar plays with a lot of psychological tricks while dealing with tremendous tension; mostly caused by the unknown saviour Howard played by John Goodman, is his homely and very creepy underground bunker. END_OF_DOCUMENT_TOKEN_TO_BE_REPLACED