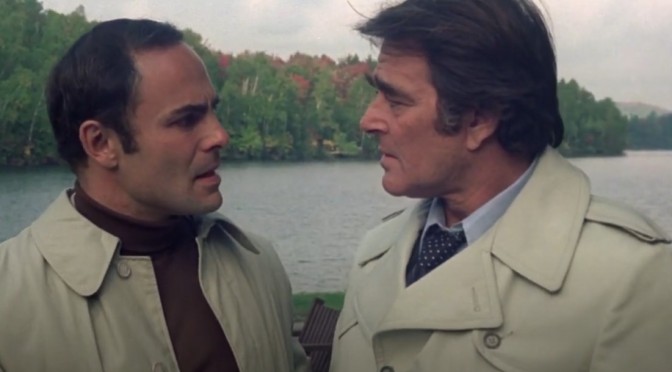 On the campus of Montreal college a man notices his ex girlfriend having a moment with her lecturer, and suspected lover, Dr Tracer (Landau), later on that evening a prank turns into a suspicious murder, and the prime suspect is Laundau, and his student/girlfriend is stone cold. Unlucky for him, her brother is a hard ass police officer, played by Stuart Whitman and his back up is the steely eyes John Saxon and they are about to get some Canadian Justice.

END_OF_DOCUMENT_TOKEN_TO_BE_REPLACED 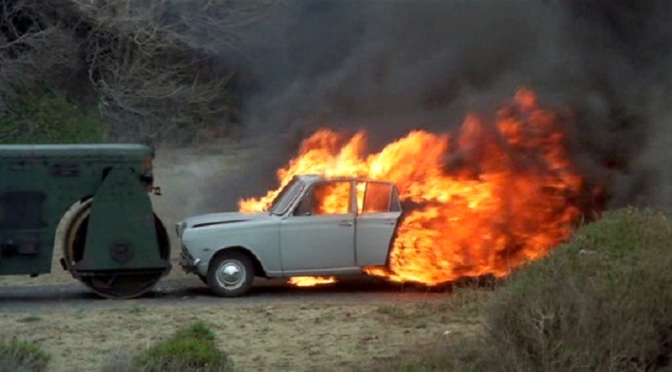 One of the easily overlooked Giallo/Politizen films which has a storyline which trips over into the Psychotropic realms there’s a ton of sleeze to get through in Vari’s vibrant thriller.

END_OF_DOCUMENT_TOKEN_TO_BE_REPLACED

Emilio Miraglia has conjured up a vibrant Italian noir-crime thriller from a story co-written by Massimo De Rita who wrote the debut hit for Miraglia , Assassinsation (1967) which also stars Henry Silver who returns in this follow up as the heavy handed Inspector Sterling, a police inspector whose son has been brutally killed outside the family home in retaliation to his police work. Known for his brilliant Giallo and Poliziottesco movies such as The Red Queen Kills Seven Times (1972) and The Night Evelyn Came out of her Grave (1971), Miraglia’s successes came after these hard hitting Poliziottesco classics. END_OF_DOCUMENT_TOKEN_TO_BE_REPLACED

Debuts don’t often hit as hard as this ruthless epic from director Nicolas Winding Refn. as he kicks his cast into a twisting crime story that leaves them free falling without a net. Somewhere in the dank backstreets and hidden rooms behind the pretty façade of Copenhagen a vibrant underworld of dangerous characters are revealed as Frank has the worst run of bad luck I’ve ever seen, there really isn’t a dull moment in Pusher, so hold on to your seat while you watch the first of an incredibly raw and compelling trilogy.

END_OF_DOCUMENT_TOKEN_TO_BE_REPLACED

Only one year after The Crow (1994) darkened cinema screens with a midnight gothic punk industrial wild decent into grief, loss and revenge, David Fincher hit back and an equally hard hitting film which was often likened to the Crow in the early headlines as popular cinema tried to refocus on what was happening, somehow subvergent underground ideas from comics and madmen were becoming popular and adjustments had to be made. These dark worlds filled with grimy stress, rain and a heavy oppressive atmosphere often mimic the inner depression and rage of one or more of their characters. Eric Draven’s depression at losing the love of his life is mimicked by the dark night and rain, his tears, but what is creating the dark dirty polluted rain filled world within Fincher’s, unnamed metropolis it’s certainly not from lost love. END_OF_DOCUMENT_TOKEN_TO_BE_REPLACED 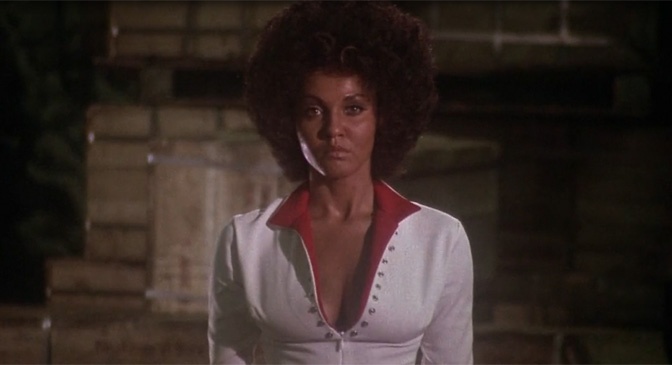 For me this Blaxploitation thriller is a testament to Fulci’s zombie culture, with a strong vibe from a more authentic hoodoo background mixed with a strong black female lead this could be a damned near perfect blend of real gore horror but it just falls short but doesn’t fail to entertain.

Paul Maslansky managed to recreate the pure essence of a woman scorned, by killing Sugar’s lover in the opening scenes, this spurting her on the road to bitter revenge. Spicing the story up with a Fulci’s zombie hoard, the amalgamation almost works but if he had only added a bit more of a dangerous woman about town a la Pam Grier, gun fights and blades this would have been absolutely perfect. However despite its reputation of being a bit of a joke it’s still a wonderful film, just lacking some bite. Let me explain… END_OF_DOCUMENT_TOKEN_TO_BE_REPLACED 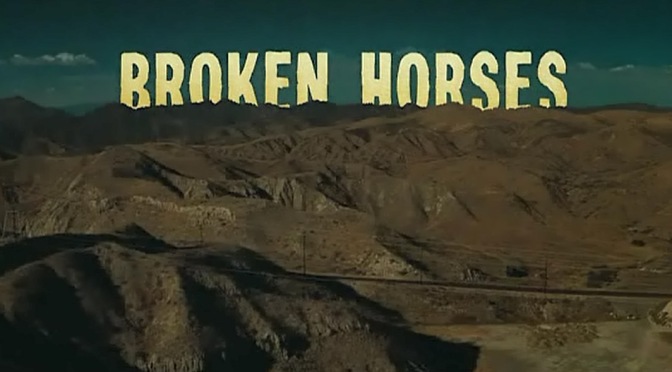 A charming American Western style thriller centring around two brothers and the ties that bind them, Chopra has adapted 1980s Hindi movie for the American audience but it only vaguely translates for the different culture and atmosphere overall, the true sentiment of the movie really works however from time to time it just seems too melodramatic, something that would definitely work in the Bollywood industry but seems a bit too over the top for what could be a really violent thriller. END_OF_DOCUMENT_TOKEN_TO_BE_REPLACED

One of my all time favourite genres in film is the South Korean Crime Thriller, They are filled with such slick plots, crazy bloody knife fights and inhuman bad guys, often thick with plots twists around organised crime, bent cops, serial killers and a strange honour code there’s a dark sharp violence in them which isn’t easily mimicked. I didn’t get too hyped about this until the second half but I have valid reasons. With a lot of Korean thrillers, there’s often an air of strangeness the crimes and methods of solving them are usually played out under sheets of rain at night, and usually the killer is really fucking derranged and hard to track, control or kill. But in this case they catch the guy but it’s not the end of the story it’s only the beginning. END_OF_DOCUMENT_TOKEN_TO_BE_REPLACED