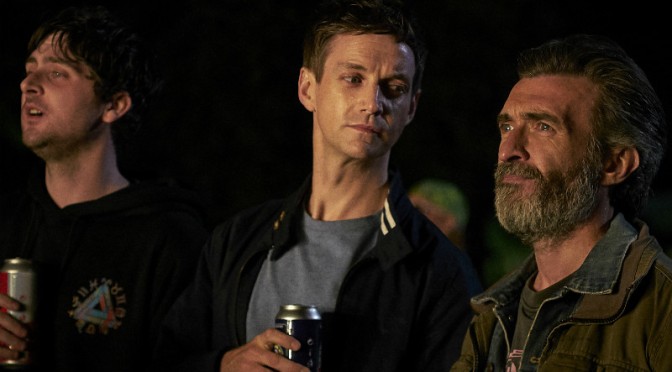 I assumed this was going to be more about older irish problems and feelings towards the British, maybe I’m still on a high after watching Black 47 (2018), but this is more of a cross between It’s all gone Pete Tong (2004) and Trainspotting (1996) but without that certain spark or energy instead it’s way more realistic (than Trainspotting) and totally poetic both in narrative and throughout it’s dialogue. There are many drug addicts here, some have succumbed and others literally only use it to enhance their recreation.

So this movie tells a story of Jason (Kirwan), an aspiring DJ who spends those few hours between drug field trips in the streets of Dublin, he stumbles on his educated and long time addicted brother Daniel (Anderson). The two subsequently bond and clash as they batter through their differences and in a strange Irish way, catch up with each other. Jason is determined to reach his goal at DJing a very special illegal rave while trying to win his ex back, this young man really has a lot on his plate and struggles every step of the way. END_OF_DOCUMENT_TOKEN_TO_BE_REPLACED