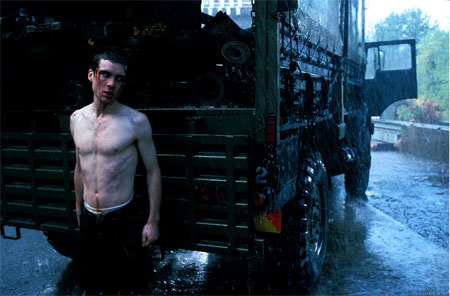 A film that really raised the bar for Zombie movies by introducing the Infected! A bicycle courier is blindsided and awakes weeks later in an abandoned london, he soon discovers that a rage virus was released causing people to go batshit crazy and infect/kill each other. He hooks up with a few other people who travel to Manchester in hopes of gaining the protection of an army base who have been broadcasting but salvation might not that simple. A sterling performance from everyone involved in this cult classic Danny Boyle film, shot on unconventional cameras and on a tight budget the film has an atmosphere unlike any of its counterparts. Bold acting and a thrilling dangerous story really boosted most of the cast into unreal terms of stardom and made the film a drooling gore filled cult classic with a perfectly haunting soundtrack. 10/10 END_OF_DOCUMENT_TOKEN_TO_BE_REPLACED