I picked up Primer (2004)  several years ago and it spend a great deal of time on my “to watch” pile. I could tell from the blurb that it was going to be a movie I needed to watch with a clear head and to pay full attention to, so I gave it some special time.

I was severely confused from beginning to end but I blame the desperados.. So I watched it again. I liked the style, I adored how the film brought forward great ideas without having to blow a huge budget on effects.

It wasn’t until I found (by total accident) another film, Beyond the Black Rainbow (2010) that I discovered a whole new genre.. Lo Fi Sci Fi. So I’m going to emerge myself in it for a while and see what I can discover about it.

It does seem to be the basic ideas that a student would bring to the table without the board room expensive lights show. A way of going back to basics with the prime ideas of science fiction without huge movie sets and monsters (although i think there might be monsters). From what I have seen there has been an emphasis on the human in the future and the fragility of how we can cope with loosing what we were in the past. 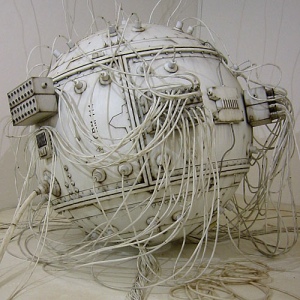 Movies that have more speculation than spectacular effects. More focused on big ideas than big budgets.

For now I have a few titles about 20 or so that I am working through, some I have already seen, others I am now searching for. Reviews to come.

These movies I have now seen so far!