A tailor gets an emergency call and with a low battery he leaves his studio but the coat he’s making drops off his mannequin, but this isn’t the strangest thing that’s going to happen to him tonight Great talent with a camera and every growing atmosphere that builds and keeps on giving some really crazy thrills, with some connections with that angels episode from Doctor Who. but this is a brilliant little horror from Scott Dale. 9/10 END_OF_DOCUMENT_TOKEN_TO_BE_REPLACED

I’ve had such a hectic week I couldn’t fit in as many shorts as I would have liked but here’s a few random movies to get your tentacles tingling.

I love horror movies set in the cold, usually they have some kind of connection with The Thing but this is more of a Wendigo style haunting and a well crafted and vile creature, the sound effects the creatures make up is incredibly well thought through and presented, definitely a film to give you chills but I wouldn’t expect anything else from Danny Donahue! END_OF_DOCUMENT_TOKEN_TO_BE_REPLACED

A mild mannered concierge with a big ole soft heart who single handedly runs a wayward hotel that doesn’t see much traffic due to a new road being built, meanders his life away,  the only random faces he sees are those who have old maps and ends up at the hotel by total accident but he accommodates them the best he can.

END_OF_DOCUMENT_TOKEN_TO_BE_REPLACED 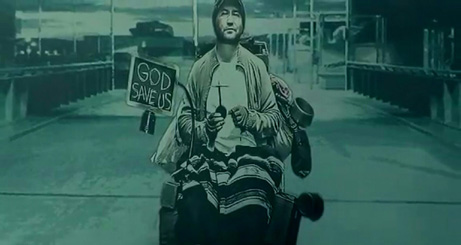 Basically fuck this film. No I’m never this harsh, but this film did put me to sleep. I understand where it coming from and budget was an issue and I fully support movies made with little to no budget, take Bellflower (2011) for example, this is what you can do with $17,000 raised by a kick starter. Now I’m no expert and never made a movie but I’m sure this film could have benefitted from maybe being more humble and less fancy, will putting more effort into the deeper plot and it tries to scratch out. END_OF_DOCUMENT_TOKEN_TO_BE_REPLACED