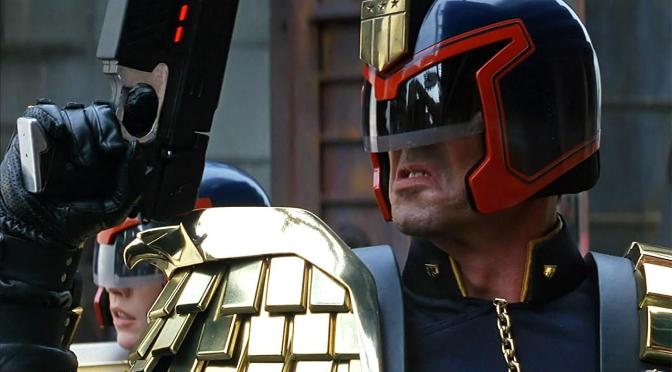 Long ago in a not so mega city a wee girl used to spend most of her pocket money  on her comic addiction.. 2000AD used to be the regular poison of choice, and maybe a few things by Dark Horse on special occasions.. The weekly dedication soon turned into two and three magazines a week and specials for Christmas and birthdays at at the height of this the comic boosted that fans were finally going to get a movie! the intensity of this new chapter of comics was a big matter, fan art and letters features in specials, speculations hung alongside with wishes and dreams of the Mega cities coming alive with our most amazing (anti)hero. I was too young to see the film but I saw it anyway, hell it was the Odeon, everyone goes in there under aged.. it’s part of its charm.. as for the film it was a bit of a charmless adventure. END_OF_DOCUMENT_TOKEN_TO_BE_REPLACED