I didn’t know anything about this movie before I started seeing it’s backlash, but I personally believe that it’s a mistake to look at Overlord as a Horror movie, it’s just a Blackened Action War movie. The mechanism is generally simple, good guy Americana vs pure evil monster nazi,in between there’s a overnight coming of age, us and them dynamics and any excuse to shoehorn in some swearing and mild violence. Overall I find that the film sits neatly between a homage to lurid EC Comics series like Tales from the Crypt and the Wolfenstein video games, without taking it too seriously or trying to fit it neatly into historical facts I really enjoyed the black lead cast in their sometimes gory adventure, it’s not a great film, there’s nothing truly outstanding but for me it’s incredibly enjoyable. END_OF_DOCUMENT_TOKEN_TO_BE_REPLACED 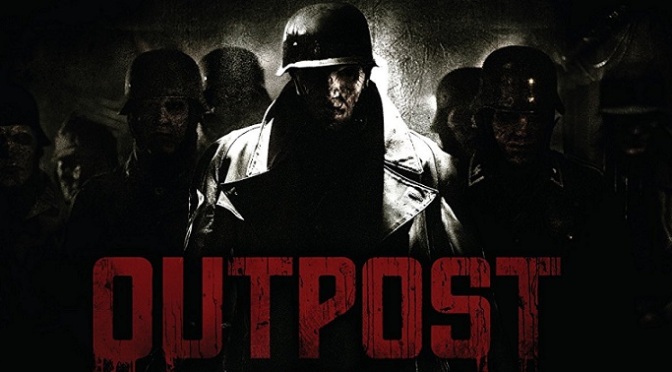 Military horrors and bunker films have been a unique niche market for some time, when done right they offer a healthy lashing of terror, there hadn’t been much to hit the big screen since Deathwatch, where a team are tormented by supernatural forces in the trenches of WWII, add an element of the occult and science fiction and voila.. Outpost. In this murky horror a team of weary mercenaries are hired to travel into war torn Eastern Europe where they have found a well-hidden and abandoned bunker with a very unusual machine.  The wealthy businessman who picks up these seasoned troops, keeps his secrets close to his chest and while he thinks he knows the ins and outs even he’s surprised by depravity that was carried out by the deranged nazi scientists in the depths. END_OF_DOCUMENT_TOKEN_TO_BE_REPLACED