I really wasn’t taking much in last night, I’m not sure if it was the stormy humid weather or not but nothing was really sinking in. 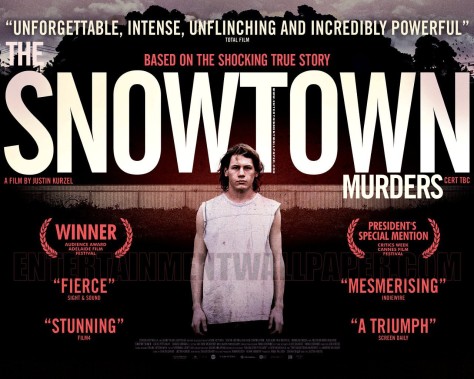 So I tried watching Let Li’s Shaolin Temple (1982) it was okay but nothing like my favourite movie with the same name Shaolin Temple (1979) much better movie, still this one had it’s charms. The shepherdess was actually quite kick ass!

After dinner came Snowtown Murders (2011) A graphic and raw look at the 8 murders that occulted in a small Adelaide town. Reminiscent of lo fi British films like Dead Man’s Shoes (2004) or even some aspects of Gummo (1997) the movie often comes across as a documentary which enhances the brutal and horrific killings.

It turned out to be a night of sequels! Predictions were posted before watching, well they were written before watching, I had trouble posting last night. So I managed to watch Outpost 2 (2012) and Iron Man 2 (2010)… 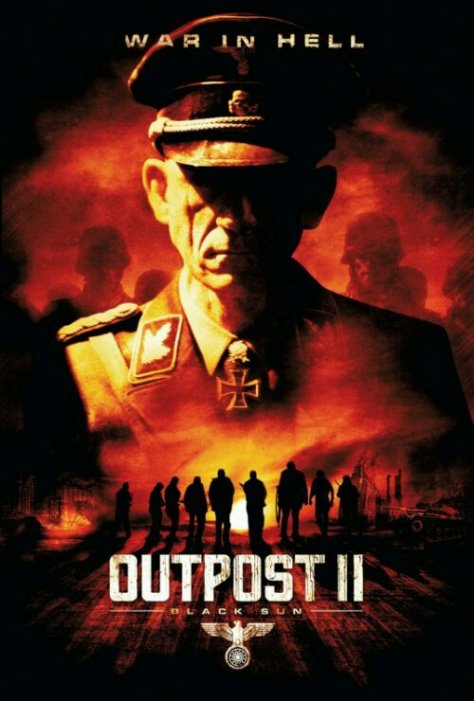 I only managed one movie last night.. it was only nearly 3 hours long!

Traudl Junge, the final secretary for Hitler tells of the Nazi dictators final days in his Berlin bunker at the end of WWII.

The final days of hitler.. whoo! What a pleasure to watch. Or is it? I’m not sure if the movie was trying to portray the homicidal f*ckwit as a fragile old man with 99 problems but he does come across as paranoid and feeling desperately abandoned. It’s enjoyable to see the downfall of a tyrant but it was never going to be a fun movie to watch, tons of suicides, killing off of the kiddies and doggies but ultimately the end of the war. It was different to see a screenplay deliberate the Second World War without really mentioning Jewish persecution or having yanks winning the war. It details the ignorance of the young. All in all it was interesting to see this from such a unique perspective with more humanist honesty than glamour.

Q : “And at that moment I actually realised that a young age isn’t an excuse. And that it might have been possible to get to know things.”

TAGLINE: The futures most wanted fugitive.

A data courier, carrying a data package literally in side his head to large to hold for long, must deliver before he dies. OK Straight up I’ve never liked this movie, my best advice is to read the short story, there is much more going on, better characters and a more memorable ending. On the plus side this movie boasts a great cast including Ice-T and Henry Rollins (how musical) and the best performance Dolph has given to date. I feel that Beat Takeshi was thrown in as everyone associates cyberpunk with japan. Lets face it, anything taken from a short story can’t be written into a majorly long film, it fails most of the time, The Box (2009) and Screamers(1995) could have been pretty short films and not have lost any impact. So Johnny (Keanu) is a yuppie on the run with data that can change the world in his head, the Yuppie has to go and dwell with the street low lives in order to try and achieve his mission and to stay alive. The only problem is Keanu at his scariest is like a Care Bare with boxing gloves, I could have preferred to see Rollins punch his light out early on in the film and saved this day himself and all in under 1 hour. This movie could have has a memorable soundtrack but it sucks ass too. Q: “and it’s still our first date” R: Fortress(1992), Hackers(1995), Blade Runner (1982)

TAGLINE : What else are you gonna do on a Saturday.

The football factory is more than just a study of the English obsession with football violence, its about men looking for armies to join. I’m expecting Danny Dyers face to bleed, an Indie Britpop OST, violence and the word c*nt. BINGO! I’m not saying this movie is totally predictable,it does deliver a few additional qualities that I really enjoyed among the usual football hooligan story. There is a powerful mini story with Bill, Dudley Sutton’s character, the movie boasts that it’s not all about football hooliganism but about men fighting a war, then you have Bill who has fought for his country in a war and is confronted by idiots who hold fascist views thinking they are on the same par as him. They don’t realise that they are the people ole Bill was fighting against. He sums it up in one quote “I don’t like him, I fought in the war against fascist views like his.” This helps demonstrate how pathetic and unaware the youth are today. Danny dyer has a few prophetic dreams during the course of the movie which reminds me of the ones similar to Valhalla Rising (2009). And surprisingly the most unsuspecting character has the noblest speech!

Q: “Oh, we have a few vans out on jobs most of the time. Yeah, sure it’s always busier in the summer, of course. Nothing like a soaring temperature to help the work, you know what I mean? Anyway, most of the time I just sit around the office waiting for the weekend. Don’t get me wrong, I love the money the job pays. But my real passion lies in kicking people’s f*cking heads in at football. See, I got to channel it somewhere. As you can probably tell by my bulging stomach, I don’t participate in too many sporting activities. And I don’t do drugs. Well, that’s not entirely true, but not a lot. So I got to have my release in something, and a good fu*king fight seems like the best way. Wouldn’t you agree? Maybe not. At least I wouldn’t be walking around like you lot, fucking horrible cunts with sticks shoved up you’re a*ses trying to pretend your little suburban nightmare’s all right. Then again, I suppose it just depends which way you look at it.”

It’s not my all time favourite football hooligan movie but I did enjoy it. the little caption adverts that speak directly to Danny Dyer and the ending which details what the characters did after the film were quite entertaining.

Okey dokey, I’ve been watching my way through my lo fi sci fi list and I’m getting a distinct feeling for the sub genre.

For me the comedy element doesn’t really do anything for me, but as I don’t own a funny bone it doesn’t come as a shock.

I do enjoy the more darker drama elements of Another Earth and the Sound Of My Voice. The retro visual and aural elements of Beyond The Black Rainbow  and total disregard for all the rules of The FP. So far the only movie from the list which doesn’t seem to fit is First Winter. I certainly wouldn’t include it in the original list of movies that were suggested to me.

The general overall trend and description so far is “cleaver middle American white hipster “underground” culture flicks”. I’m being unfair here  but for me it defines  things. I’m sure this will change as time goes on.

I’ve seen very few ethnic “minorities” in the movies, most of them don’t have any other colour than white, i’m not saying all movies have to display positive racism but it did concern me a little bit 😦

The main ideals that run through this genre are :-Dreaming, Time Travel, Science (duh), Mystery and Love seem to be the general theme foremost. Other common traits are :- Ecoology, Psychology and Doing the Right Thing.

I get the feeling that through these modern moral plays we’re presented with a new set of fairy tales that suggest what you should do to be a good person, that redemption and a world of magic is there to await you.

I still have a few more to go and a couple to add to the list. Further details and reviews to come.