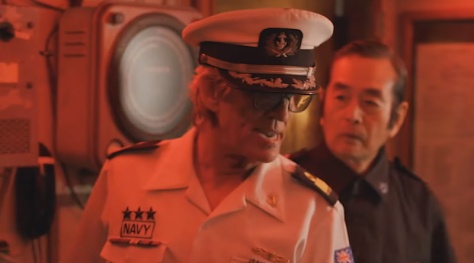 Trying to blend ancient folklore monsters into a modern sci-fi story just makes for a really poor Godzilla rip off seem like goldust in comparison. But coming from Mark Atkins, the B Movie god who made a slew of strange shark movies, it’s interesting to see some attempt to add in a backstory for once.

Using a mediterrainan style setting (although filmed in South Africa) there’s an attempt to make things seem exotic and distant, tropical and mysterious, but the research team who had enough warnings makes a terrible set of decisions and set themselves on a path of destruction in order to chase a giant critter that they witnessed crushing their expensive equipment, just because. 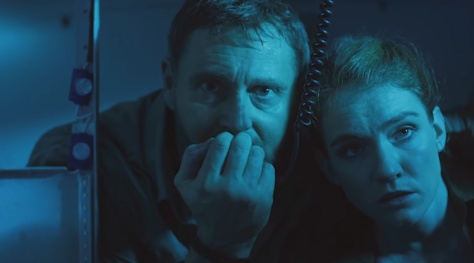 Adrian Bouchet stars as Billy Ford, who’s in charge of an advanced remote deep sea diving team, but when they witness a giant tentacle crush one of their remote machines, while setting up a demonstration for a rich backer, they decide to go in deep and investigate. Billy and his team seem to have access to everything, private choppers, boats, subs, both robotic and remote controlled but not much common sense. When they notice that the top of Reveen has vanished and is in fact a living lava blooded monster, they decide to fight back. This strange crustacean/octopus monster manages to kill a nuclear armed Russian sub but they get away and then luckily the government inspector who forced her way on board to make sure they are all working to strict guidelines, remembers that high university professor tried to teach her about these legendary monsters but she thought her tutor was talking shit, so they fly over and pick her up.. Sometimes I wish my life was this simple. Either way they awake a giant “Guardian” who isn’t Godzilla so the movie begins to not only let its audience down but things are now depressing as well.

Bouchet comes across like a cub scout leader, the tutor seems a bit away with her meds and Eric Roberts pops up from time to time as some admiral or something but all he does is shout down a phone with Toshi Toda wandering around in the background (maybe they skyped in their performances?) The special effects are terrible, when you don’t have money for good or intelligently lead CGI then just don’t go there, for a production like this I’d have been more impressed with a man in a suit, I’m an advocate for more monster men in suits if you didn’t guess.

Like all of those “terrible sharknado movies” this one is a switch off and drink a beer to make it interesting kidna popcorn flick, at times it has a few interesting links to a fake mythos but the usual abysmal rubbish that often gets served up on syfy, why i don’t know… 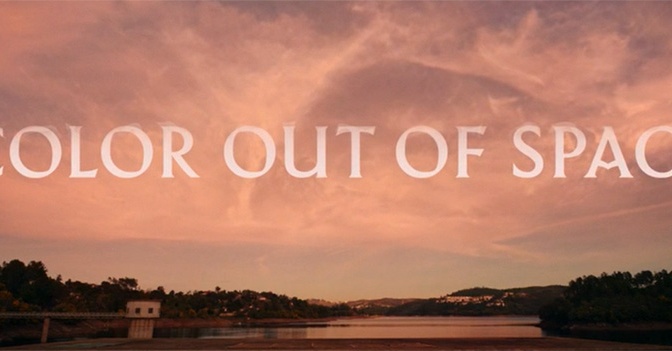 Richard Stanley has made a succinct but highly notable list of horror movies over the last 37 years, my personal top favourite is Hardware AKA Mark 13 (1990), a film I associate with so closely I have my own MARK 13 tattooed as part of my sci fi leg piece, Dust Devil (1992) and Island of Dr Monroe (1996) received mixed reviews but retains a solid cult fan base for their unique approach to horror. Somewhere within all of his back catalogue there includes crazy hallucinogenic colour bursts, unknown hidden horrors and strong powerful characters who are usually lost in the heat of the earth. END_OF_DOCUMENT_TOKEN_TO_BE_REPLACED

Not remembering where this came during the more recent spate of social media horrors, it seem that the idea of the supernatural being broadcast and manipulating people through the internet isn’t something new but something that works better on paper or maybe by being narrated on YouTube on the Creepypasta channels. But this English language German horror does offer some brilliant jump scares but lacks the substance in between.

Laura (Debnam-Carey) is one of the more popular kids at college, who lives a privileged and beautiful life, one day she accepts an online request from a loner called Marina (Ahlers) the two strike up a friendship, albeit it at arms length when Laura notices the dark and disturbing imagery on Marina facebook page. Laura starts to notice how possessive Marina is getting and lies to her about an upcoming birthday party claiming it’s going to be a quiet one but the photos of her enjoying a lavish dinner date with her friends and family get uploaded and Marina confronts her in the dinner hall, as the argument gets heated Marina hood falls down revealing a bloody scalp from her habitual hair pulling. END_OF_DOCUMENT_TOKEN_TO_BE_REPLACED 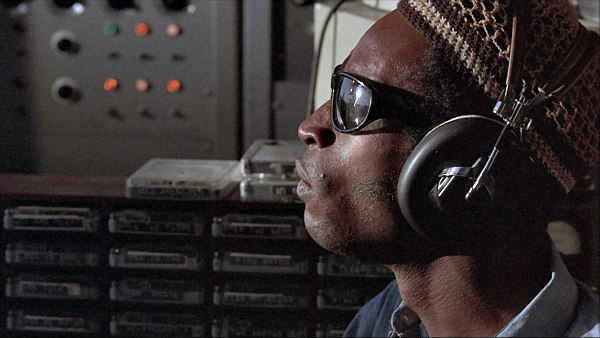 District 9 (2009) – I was flabbergasted when I realised just how much this film was hated, I got my copy for free when I asked if anyone has seen it, people were giving it away.. so I was a bit dubious about watching it, but I was hooked within seconds.. it’s a mockumentary look at a group of alien (workers) who have go stuck in South Africa. The effects are brilliant, both the alien technology and “Prons” design look and “feel” impressive. Obviously the setting is key, the messages are deep an poignant. The film is elevated by the amazing and life changing performance from ?? who plays Vikers he goes through every emotion and reacts in non Hollywood’s way, giving a more interesting and diverse story. Personally I find it so attuned and turned on, I was really hoping for a sequel, but I guess I’ll have to sit quite tight. [REVIEW]10/10 END_OF_DOCUMENT_TOKEN_TO_BE_REPLACED

Basically this is just five guys out to complete a diamond heist, but the in depth plot is a bit more tit for tat, the head of security, Harry Webb (Savalas) believes there is going to be a robbery in one of the diamond mines out in the desert and soon becomes unpopular with everyone including a cover girl model who happens to be the daughter of his boss and owner of the mine who is love with one of his team, Mike Bradley (Fonda). Nelson, the mind administrator, gives Bradley the task of stealing a diamond not only to test him but to get him involved with a group who are planning a major heist. END_OF_DOCUMENT_TOKEN_TO_BE_REPLACED 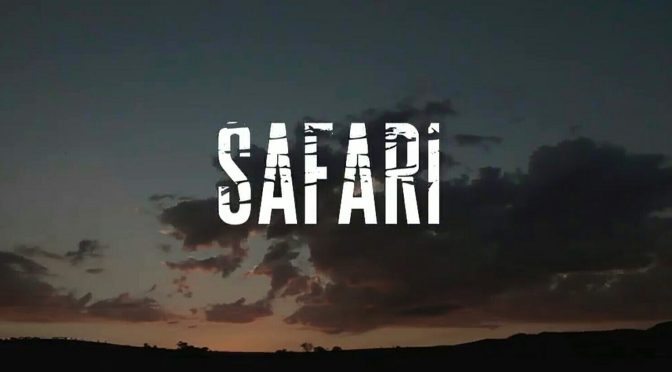 A 18m found footage movie set in wild dusky landscape of South Africa where the animals seem to have the upper hand, a young Zulu girl call Mbali wanders off and hooks up with a group of American tourists who has gone out on safari. The the groups tend  to play on every stereotype of “Americans on vacation” managed to find an easily bribes guide to take them to an area which is off limits trying to get the most excitement from their Safari. One of them even has the gall to say “how dare the Lion’s not show up we came all the way from LA” as soon as they managed to get into birth most dangerous area everything starts to go wrong what I was expecting it all to be going wrong because they had just literally ran into the eyes Eilidh girl but there is nothing mystical all the strange happening here although it would have added to be tense nature of the movie basically in Long Weekend (1978) style nature kicks their asses.

As much as it can be annoying for every single director spend the first quarter of the movie introducing the cast this  film starts out in a way that I generally prefer and it just literally kicks off running but unfortunately none of the characters have enough presence to be memorable.

On the plus side be acting is very good specially from a young girl Ziniswa Baleka and the situations that they managed to get themselves stuck in, for the most part think seem realistic although in some cases possibly avoidable. Basically the geep the group are in gets damaged, while trying to fix it one of the guides is bitten and dies horribly then the lions turn up and stalk them as they try to return to some kind of civilization.

Something about the movie just doesn’t fit, and it’s taken me a while to pinpoint it, but as the movie started with so much local folklore and superstition but it totally fat and turns into purely a movie about survival even though there are a few hints but there is something mystical about the situation especially when the girl becomes involved but it just turns out that he is using her local understanding to help find food etc.

At times it’s quite easy to forget that it’s a found footage movie as the filming, while jerky is actually really clear, but it still suffers from a lot of the typical mistakes from found footage, the kids are surprised that they have no signal, the camera seems to have unlimited battery etc etc etc.It doesn’t require a twist at the end, despite me getting my hopes up for one, but instead it’s constantly shocking throughout, with the help jump scares, the movie which keeps it’s pace. I think  that the director may have lost much of his bite when compared with some of it earlier works even with the floors but could have gone deeper over there is the underlying ideal that we should be respecting nature it’s never really Illustrated fully in the movie.

Generally it’s watchable especially if you’re into found footage it’s one that you should probably check out, the violence is graphic but short and sweet the drama in between is a little bit weak but on the whole it’s watchable it’s not too long an hour and 20 minutes or less so it shouldn’t but it could have been a lot greater if only I had gone deeper and contained some message. 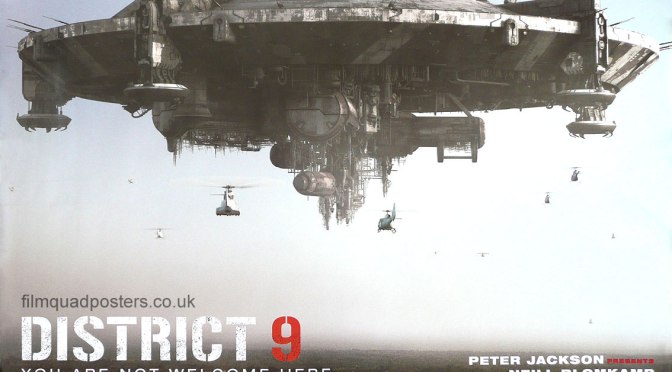 I had adored this bizarre and intriguing sci fi movie from the first viewing and managed to get it really cheap and it seemed to have done nothing but piss off the masses, which is good for me, so I suppose this just might be the unpopular review.. fuelled by stretched racial relations and tainted by oppression, power and greed a hint of humanity shines through but not from many of the humans in this mockumentary styled film.

The main premise is that an alien ship has got stuck over the city of Johannesburg, after the initial shock and the rescue of the aliens (who are called “Prawns” as a socially accepted insult), from their own ship, we’re not all that impressed with them, they have been moved to a  makeshift shanty town where they are monitored by MNU a weapons company who are acting as temporary care takers but who are more interested in alien technology and who have the laborious task of moving them to a new site. The job to organise this move goes to Wikus Van De Merwe (Sharlto Copley) an extremely mild mannered pushover sap of a man who encounters a strange chemical on the site which bizarrely links him to the “prawns” in a strange twist of fate it also makes him a target for MNU. END_OF_DOCUMENT_TOKEN_TO_BE_REPLACED