The opening of Mutants is a love letter to 70’s horror, it has a true retro feeling about it, chunky yellow fonts with a boombing synth soundtrack and fuzzy graphics, you’d be forgiven for thinking this is a re release of an older movie, as it’s so authentic rather than imitation, you’ll also be excused to wondering why the movie is called Mutants, it seems to exist with two titles, Mutants shown at the beginning and Barge People shown at the very end.. END_OF_DOCUMENT_TOKEN_TO_BE_REPLACED

There are a number of amazing tenant building horrors and thriller out here, Roman Polanski thrilled audiences with his trilogy of high rise fears, playing on the social and personal psychological terrors that can be conjured by a strange cult living within the walls or being left to one’s own devices, with no idea what kind of community you’re moving into there is a long running horror trope of new tenants finding strange secrets lurking in their new dream home, from either something creepy in the sub basements to demons haunting the halls, all of this is attractively laid out but in my opinion rubbished by a terrible ending, only written to continue a story that I don’t think anyone needs. END_OF_DOCUMENT_TOKEN_TO_BE_REPLACED 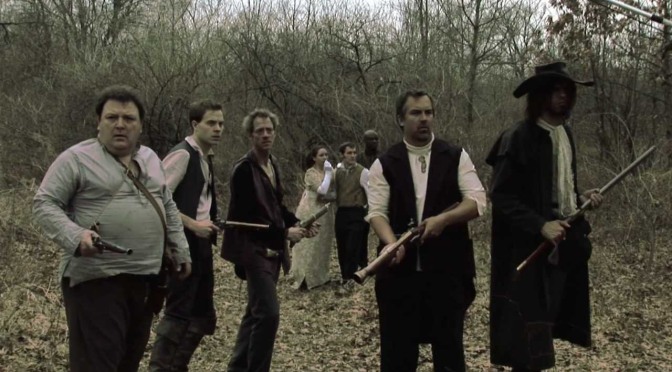 This indie Frankenstein movie has it unique charms but ultimately falls at a few hurdles before crashing through a dull and predictable ending.

Dr Frankenstein (Stephenson) returns to his family home with a new bride, a gorgeous black woman who is fluent in French and slowly learning English with his attentive sister,on returning to his family’s modest cabin in the woods his sister is enchanted to have a fellow woman around his blind father is a bit more reserved.While praying in the woods, Victors bride is murdered by a vicious monster, who then goes a step further and kills the rest of his family. Victor is aware of the monster and soon awakens to the reality that the monster is determined to kill any person Victor becomes attached to, but it doesn’t stop him, the prat decides to get married again to a young lady named Elizabeth (Shields) but to ensure that the wedding goes ahead without a hitch he hires some mercenaries to protect him and his bride. END_OF_DOCUMENT_TOKEN_TO_BE_REPLACED

I really tried for this found footage film, not only was it released on my birthday but it sounded like it might be fun. I turned off all the lights and waited for the creepy guy who stands outside my house to assume his position.. I was poised to be scared and for a while it really did work, then all the fear faded away..

So a trio of guys are out filming a documentary of a local vampire legend, but while stumbling around trying to make things believable and scary they learn about the legend of the Char Man from a local history buff. Now the whole idea of filming a documentary isn’t all that new *cough* Blair Witch *cough* but finding out about one on the way adds an extra edge as the group were not prepared in any way for what they might unleash, this did add a bit of spice but pretty soon the film collapsed on itself and succumbed to all the typical found footage nonsense. END_OF_DOCUMENT_TOKEN_TO_BE_REPLACED