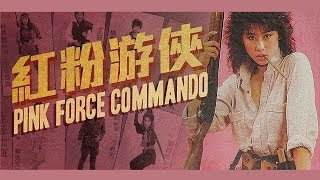 An amazing twitter buddy reminded me of this movie, if you’ve got any interest in B-Movies then check out @cjzisi <-twitter and/or the blog for a treasure trove of amazing reviews of rare and obscure films. I had seen this many years ago but I have to admit that somehow it was somewhat mostly forgotten, so I dug out the old VHS and re watched it.. Damn how the hell did I manage to forget any of this!? END_OF_DOCUMENT_TOKEN_TO_BE_REPLACED

There is a special talent for crossing movie genres and making them work, but director Kuo-fu Chen, has managed just that with his dark ancient cult vs a couple of determined police officers who aren’t fearful to think outside the box,  but it turns out that you can’t just wave a wand and tell ancient religions that they can’t practice ritualistic killings at will anymore, even if you are with the FBI.

A troubled cop is on the edge of a nervous breakdown, as his life and career begin to fall apart, after blowing the corruption whistle on his force, he’s a pariah among his team and then forced to work with Foreign Affairs Officer as his wife files for a divorce. When three bizarre deaths are connected by a strange fungus that an attentive coroner finds in their nasal passage and brain after what seems to be a strange hallucinatory state. END_OF_DOCUMENT_TOKEN_TO_BE_REPLACED